Dog Was Saved In Front Of An Abandoned House. Then, They’re Baffled To See Why She Didn’t Hide

In a recent episode of “Rescuing Rogue” by WA2S Films, the Detroit Pit Crew Dog Rescue noticed a dog in front of an abandoned house, but she wasn’t chained or tied to anything. The rescue group found that odd, because they’ve noticed that if dogs aren’t tied up, they usually hide to never be seen again. However, this dog was standing directly in front of the house’s stoop, and something seemed off. When they safely rescued the dog and placed her into their van, they were shocked to see why she was standing in plain sight. The dog was only out there to protect her frigid pups, who were living through a hole in the front porch stairs. The rescue crew was working with that same narrow space to fit through in order to rescue the scared pups. They said that some of the puppies had eye infections, but overall, they seemed to be in pretty good health. 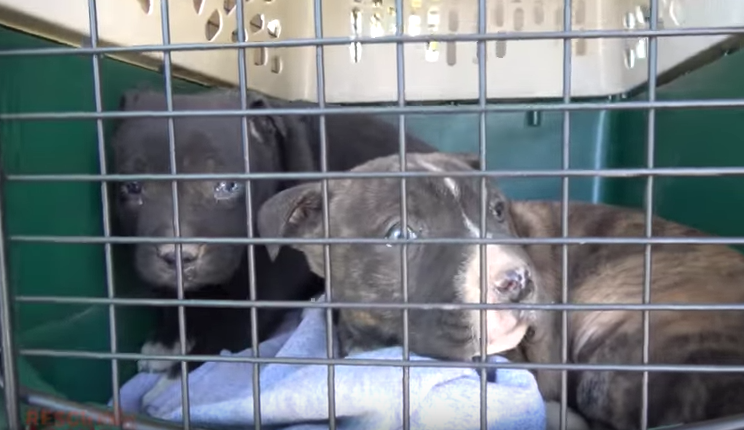 One by one, they rescued each pup and reunited them with their mother. The look of the mother dog when she saw her pups again was priceless! Mama and her pups were brought to Center Line Veterinary Hospital, where they got treatment for their infections. Out of all the possible medications and treatments they received, a bath seemed to calm down the pups the most. The pups will continue to receive treatment for their eye infections and be put for up adoption when they are fully healed. If you’d like to help Detroit Pit Crew Dog Rescue, you can donate here.