When Rachel Howatt’s husky Koda went running into the woods, she never thought her dog would get lost. She spent hours looking for her dog but came up empty-handed.

A few days later, her dog just showed up on her front door:

“We definitely searched for her, but in the end she just came back,” Howatt told The Dodo. “She is really smart, so I didn’t doubt she could find her way home.” 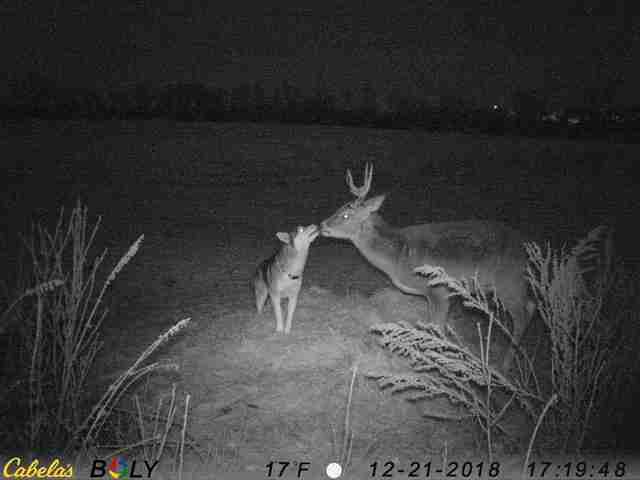 Although her dog was safe and sound, she wanted to know what her dog was up to. She knew her neighbor had a trail camera in the woods, so she asked if he had seen Koda at all.

Turns out that she wasn’t alone… 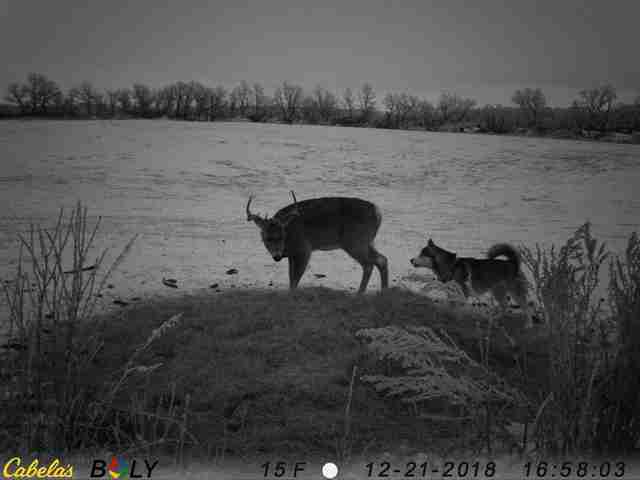 She was best buddies with a male deer. The two can be seen napping and cuddling together like the best of friends.

You can see in the trail camera photos that the buck doesn’t seem to be bothered at all by the dog. 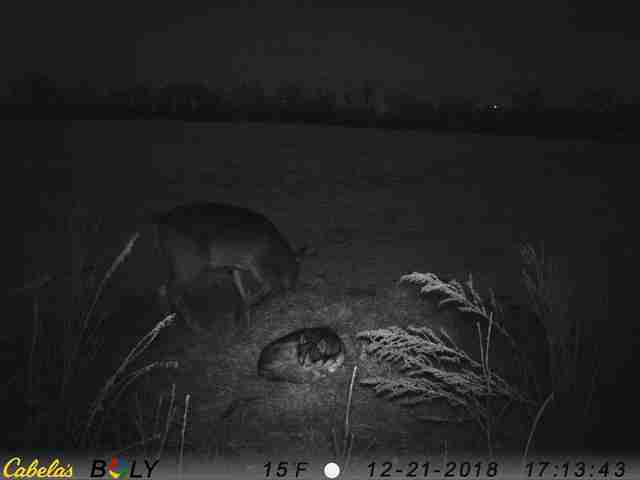 “It was quite something,” Howatt said. “Based on the time they spent on frame, it looked like they spent over 12 hours together. There’s also another photo where there are two bucks in the picture with her.” 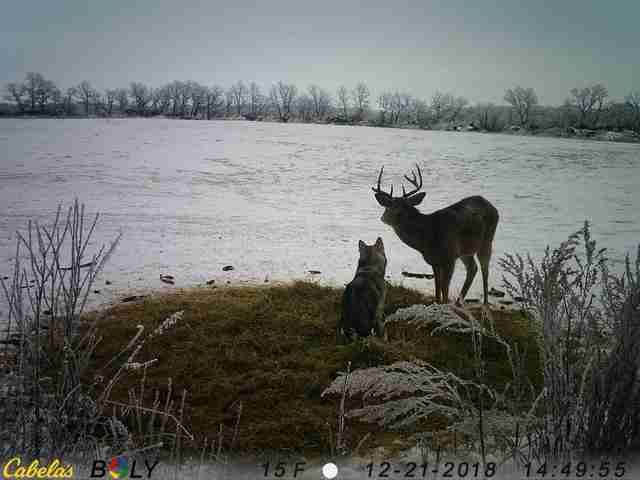 While Howatt has said that she will be doing her best to make sure her dog doesn’t wander off for days at a time, she has a feeling that she’ll go back to her buck boyfriend in the future.

“Huskies have such a free spirit,” Howatt said. “It doesn’t surprise me at all that Koda was trying to make a new friend.”