Dog Was Found Guilty of Being a Cupcake Thief. Watch How She Was Caught in the Act!

Dogs can show incredible skills that they learn from training or from their natural instincts. Especially regarding food, dogs know how to get what they want when they see it. Even in a human house, canines can find a way to get a taste of the food that catches their attention. That’s why it’s a must to pet-proof the house, especially the kitchen. Your dog might eat something that might trigger allergies. Keep human food away from them as high and far as you can. 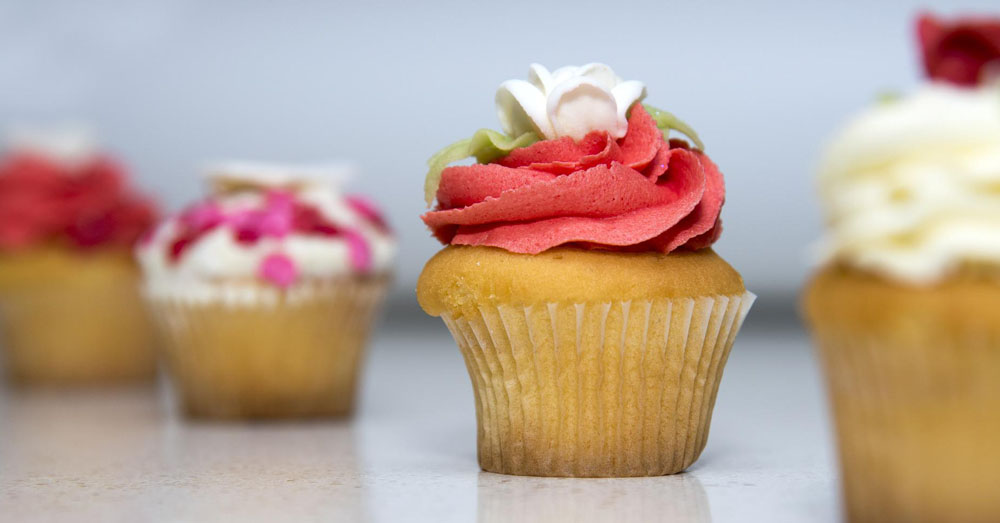 However, a cupcake thief mystery was waiting to be unraveled in Kara Probin’s house. Kara has a newly found love for baking. Aside from delectable desserts, she also bakes special cakes for dogs. Those special cakes are baked for her beloved German shorthaired pointers, River and Winnie. Kara’s dogs have different personalities — River is the shy, timid one, while Winnie is a bit playful.

Due to those personalities, Kara suspected that Winnie was the cupcake thief. The mischievous canine also has a history of grabbing food from the table. The family’s initial reaction to the missing 15 cupcakes was that Winnie must have done it again. Kara tried several ways to store food somewhere unreachable for dogs, but the thief was too clever. She couldn’t believe that her dogs could still reach food placed on the back of the counter. Desserts just disappear whenever Kara’s not in the kitchen.

Kara became even more determined to catch the suspect — so she set up bait. Her plan involved leftover birthday cupcakes from River’s birthday, placed on the counter, and hiding a camera. The revelation was more surprising than the mystery of the missing cupcakes. Winnie was not the criminal; it was River all along! The quiet, timid dog might have been strategizing whenever Kara bakes cakes for them. She loved it so much that River couldn’t keep her paws away from it. 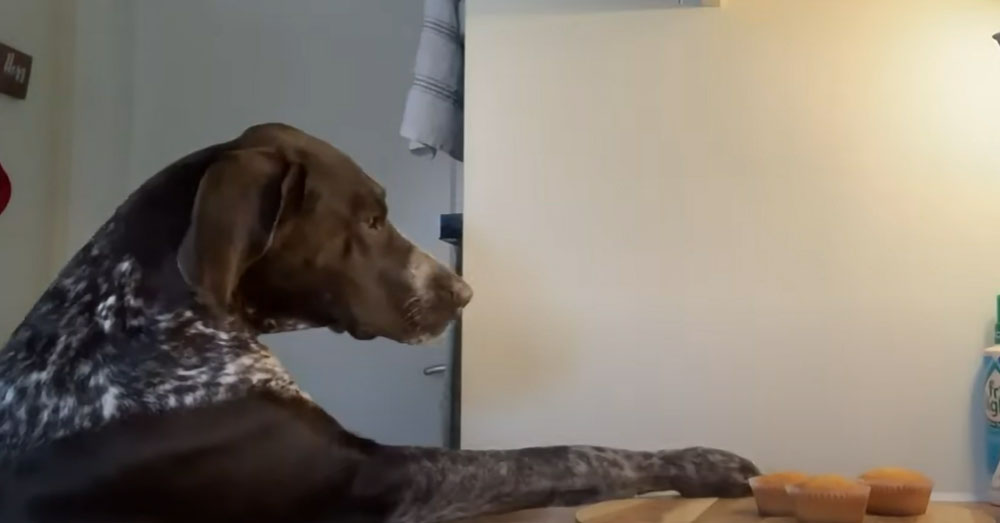 “She must be a criminal genius,” Kara exclaimed. “I was shocked when I checked the camera and saw it was River. I thought it was our other pointer, Winnie, as she is the greedy one.”

In the footage, River was seen trying to reach for one cupcake. She stood on her hind legs, sniffed the cupcakes, and made several attempts to grab one. The dog used her paws, tongue, and mouth — and voila! One cupcake for River. When she successfully got one, River swiftly fled away from the crime scene.

It was amazing and hilarious at the same time. The German shorthaired pointer is one brilliant dog — it’s River and her cupcakes against the world. With the unexpected turn of events, River is under observation, as she might have more tricks up her sleeves. However, dogs are really good at getting away with being naughty, and they know their charm never fails — it’s one of their tricks.

Watch the full hidden-camera footage to see the things River would do for dessert. You can also follow their Instagram page, justagspthing. River and Winnie will totally steal your hearts with every video on their page.