Spencer and Rocky spent 10 years together as inseparable best friends. They never spent any time apart in those happy years, and just relished each other’s company.

Their owner, Beth Fisher, said to The Dodo, “They had never spent a night apart. Rocky and Spencer slept in the same bed, ate from the same bowl and always walked together when they went out.” 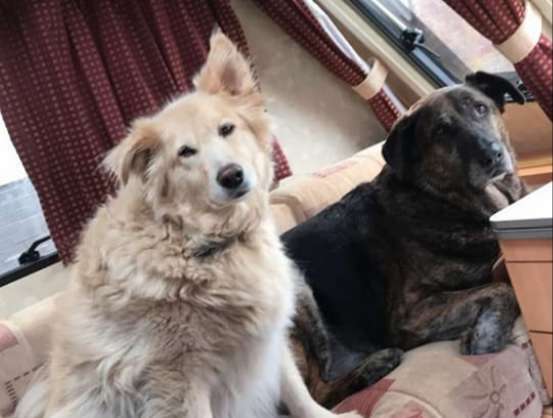 During a visit to the vet, it was revealed that Rocky, the blonde dog, had developed a large and cancerous tumor. Following the discovery, the bad news was made even worse when they were told that it was too late for treatment, and the only humane thing to do was to put him to sleep. 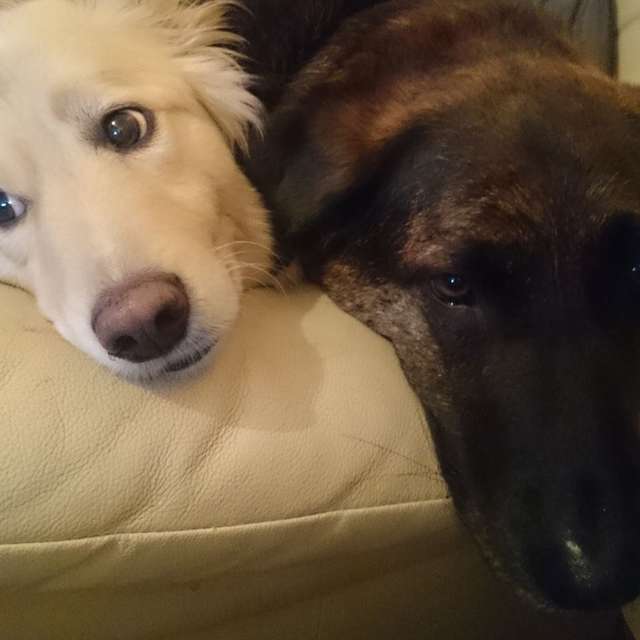 “Rocky had to get put down that day,” Fisher said. “It was hard to process Rocky’s sudden death, but we can’t imagine how hard it must be for Spencer to have lost his little brother.” 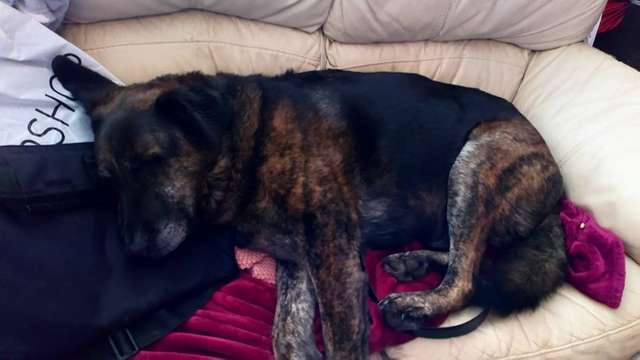 “Since Rocky passed, Spencer has been getting up in the night to wander the house looking for his brother,” Fisher said. “And then he starts crying because he can’t find him.”

In order to keep the pair close, Rocky’s ashes were placed on a shelf above where he and Spencer used to sleep. However, more was needed in order to help Spencer cope. 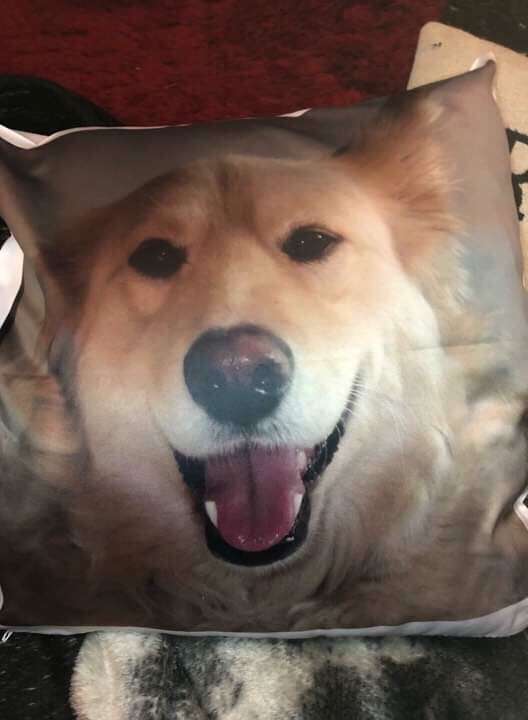 That is when Fisher’s dad had an idea and ordered Spencer a pillow which had Rocky’s smiling face printed on it.

Right away, it seemed as though the gift had helped to put him at ease.

The pillow, which was a way of honoring Rocky’s memory, somehow managed to fill a part of the void that was left behind in Spencer’s heart. 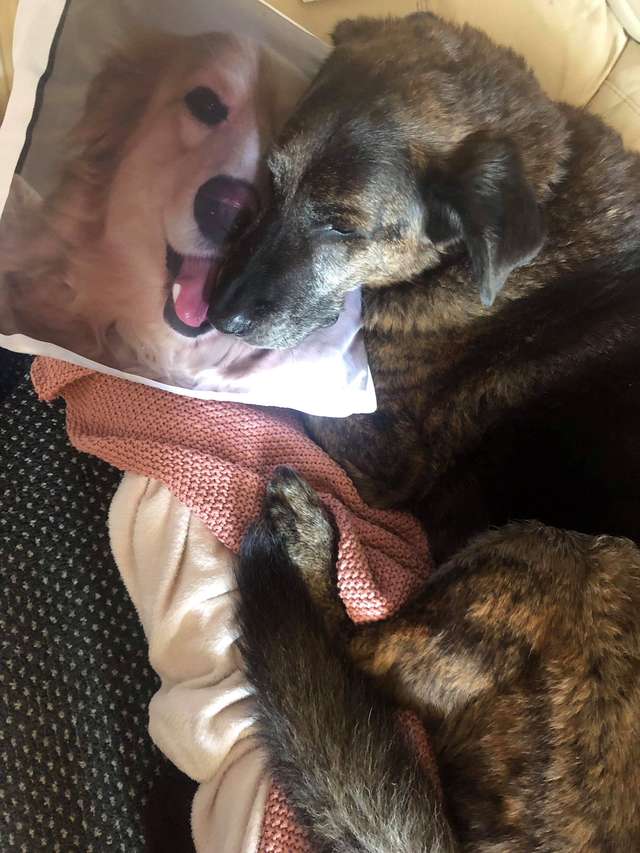 “Spencer has been cuddling into the pillow since it arrived, carrying it from the sofa to his own bed,” Fisher said. “He seems a lot more settled now he’s got something to cuddle into.”

Of course, nothing could replace Rocky, but for Spencer, the pillow seemed to be a comfort when bedtime came around. 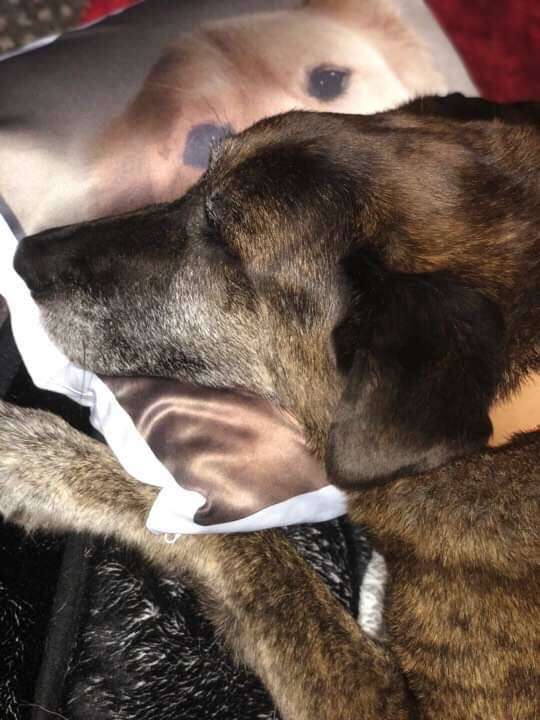 “I don’t think Spencer will ever get over Rocky’s passing, but I hope he’s able to learn to go on without him,” Fisher said, before adding that Spencer wouldn’t have to face his grief alone.