A woman from Las Vegas is grieving over her bulldog in Tampa, Florida when it was being groomed at PetSmart. According to reports, the dog was crushed to death by a grooming table.

Two-year-old Minni was brought to the store by Vicki Seifert for a nail trimming and bath. It wasn’t going to take long for the service to be finished so she walked around the store. Before long, she saw employees running to the grooming area.

“I ran in there when I went in, she was crushed under a grooming table and they said that they had listened for her heartbeat and she was gone,” Seifert said.

None of the PetSmart employees would give Seifert a direct answer when she asked what was happening. It seems that someone had unplugged the grooming table so it couldn’t be lifted from the dog.

“I don’t believe it was the weight of the table it was the fact that it was electric and it had crushed her to the point that the table was closed all the way on her and then with it being unplugged there was no way to raise it,” Seifert said. 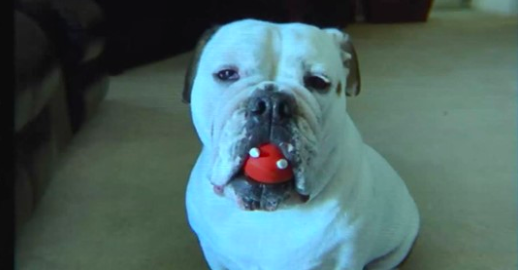 A PetSmart representative sent the following statement to KVVU:

“A tragic accident occurred in our grooming salon, which led to the heartbreaking loss of Minni. There’s nothing more important than the safety of the pets in our care, and we immediately launched a comprehensive investigation into how this type of unprecedented event could have possibly happened.

“They told me my dog was dead by 6:43. I dropped her off at 6:30,” Seifert said. “What were these two groomers doing? Why did no one notice that the dog-where the dog was at, why was she under a table? How does a dog go in for a bath and get crushed within 13 minutes?”

According to Seifert, Minni loved toys and she was carrying around an unopened box of toys that she just bought at the store.

Seifert is waiting for the autopsy report before she decides if a lawsuit will be filed.