Traps are just cruel and brutal and nothing good ever comes from setting one out. And this story proves me right after a stray dog got caught in a coyote trap by accident. The poor dog ended up suffering for six days until finally, she was rescued.

Hope for Paws was called out to South Carolina in order to help catch the stray. She had been living in the forest for a year, up until her paw got ensnared in the barbaric contraption. Even with her horrible injury, she still managed to evade animal control officers and other local rescuers.

Not long after, Eldad Hagar and Loreta Frankonyte began their search for the stray. They found her and were able to gently coax her over, but then she got spooked and ran off.

Determined to not give up on the dog they’d named Hermione, they enlisted the help from friends in order to catch her. Finally, their hard work paid off and they were successful.

Unfortunately, Hermione had suffered a lot of damage to her paw and there was a fair bit of necrosis. They weren’t sure if she’d lose her leg or not. 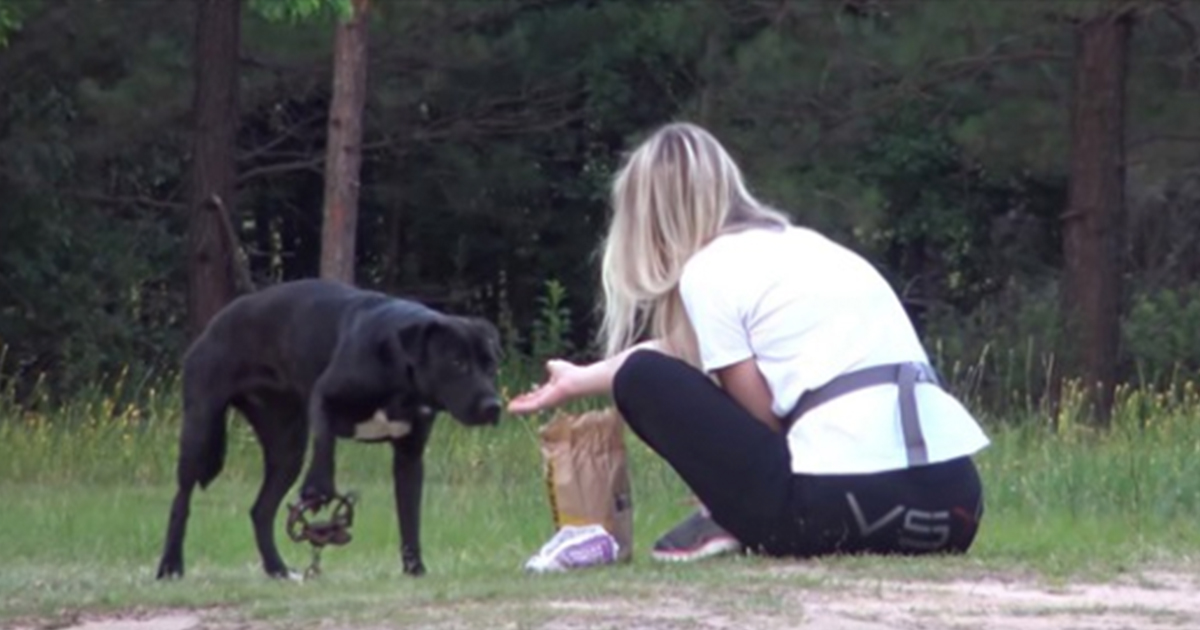 Making sure she was able to travel, Eldad and Loreta drove a whole three days with Hermione, back to California, in order to get her seen by a vet specialist in an attempt to save her leg.

Following several surgeries and many months of care, the moment of truth came to see if Hermione’s paw would be okay. And it was nothing less of a miracle when it turned out to be okay.

Below, there is a video where you can watch Hermione’s amazing rescue story: