When a senior Pit Bull named Gremlin began losing her sight, things her world got pretty dark fairly quickly. Gremlin was taken in for cataract surgery, but things didn’t go according to plan. She ended up going blind in one eye while her other eye had very poor vision.

At this point, Gremlin’s optical nerves couldn’t handle any more surgery. Things got so bad that the blinded Gremlin began having trouble getting around the house. She would bump into walls and other objects, causing her to get depressed.

Slowly, Gremlin stopped interacting with her other doggie siblings and would get startled by the slightest noises. For the most part, she would just sit in the corner all alone.

They decided to consult with a vet that specialized in a risky lens transplant. However, considering the earlier surgery that went awry, they didn’t want Gremlin to undergo another surgery. 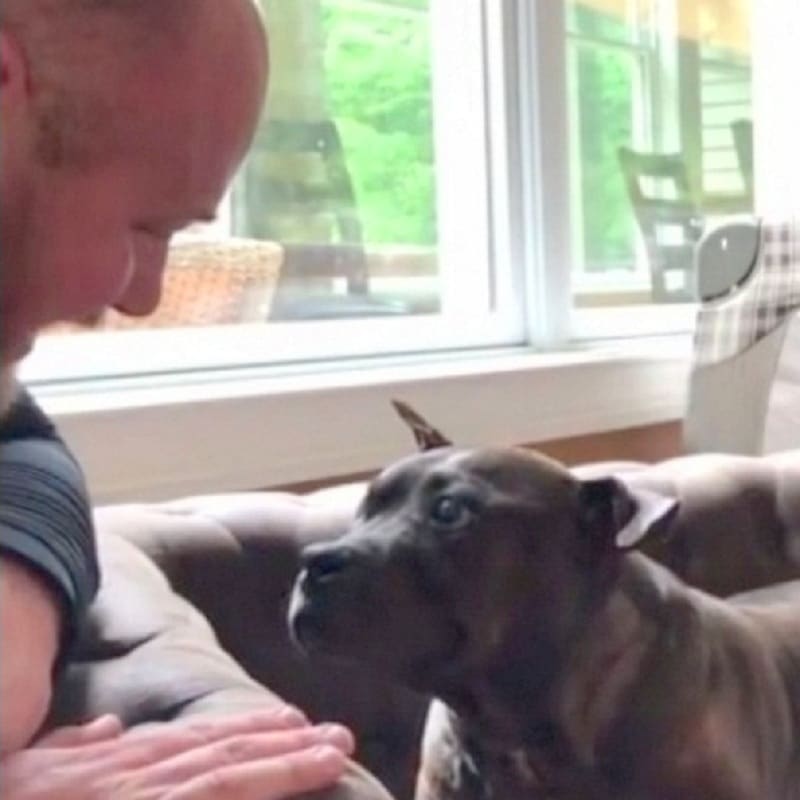 As a solution, they decided to put human contact lenses on Gremlin. While it seemed like a crude idea, her owners just wanted to make sure that she was safe. They ordered some high-powered lenses for Gremlin and tried them out.

Their gamble paid off! It was a heart-warming moment when Gremlin was able to see her owners again. And it was clear that with her sight back, the senior dog was going to be getting back to her old self.