Marathon des Sables is known as “the toughest foot race on Earth” because it is essentially six marathons in one. The annual race is a six day event that covers 140 miles through the Sahara Desert. Runners that plan to participate train for months to prepare for the strenuous race. However, this year the focus was on a stray dog that started and completed the race.

The runners lined up at the starting line and as soon as the signal was given, started their six day run. They were prepared with snacks, water, and appropriate running gear. What they did not expect to see was a dog join them on the race. 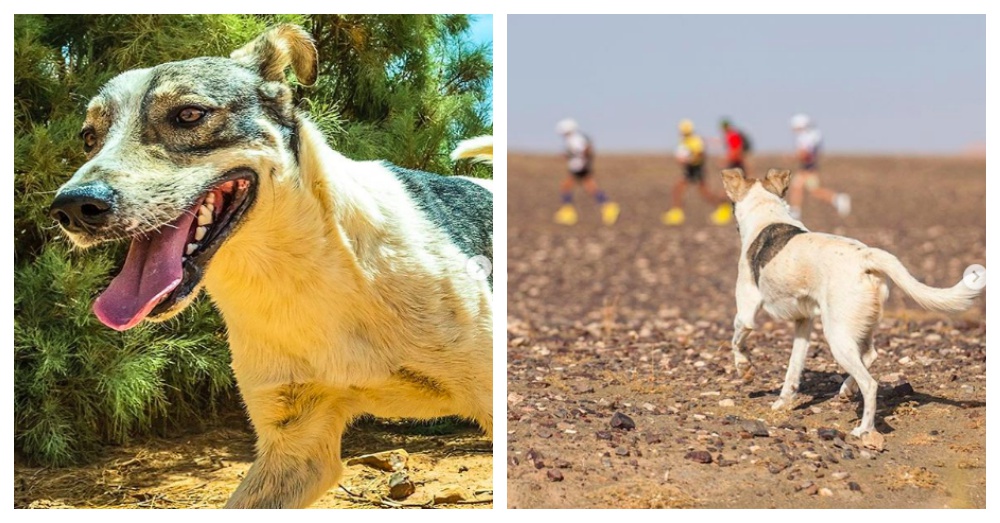 Cactus caught the attention of the media and he was the highlight of the race. They followed his progress and many photos were posted of the resilient pup. Marathon Des Sables posted updates on Cactus during the race on their Instagram page. 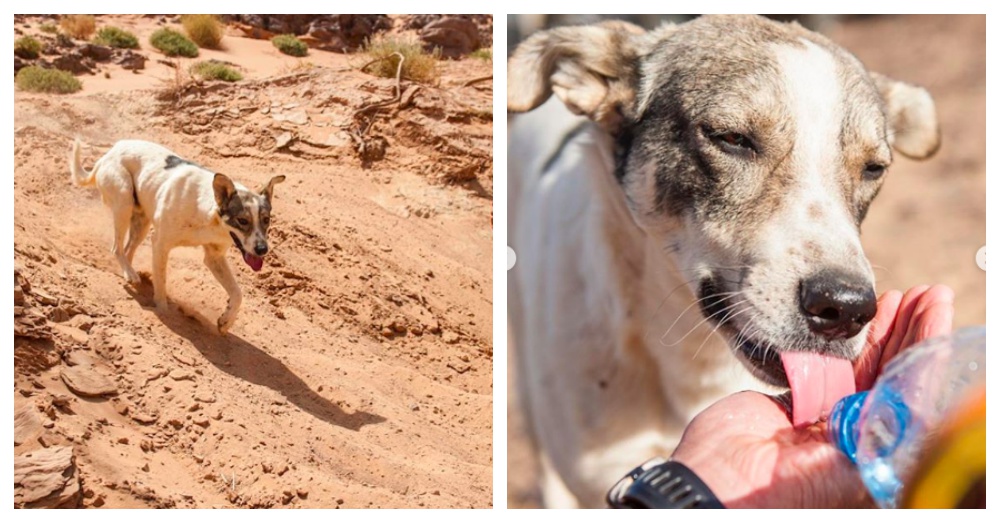 “Cactus the MDS dog has finished the long stage 🐕😍
He ran the 76 km of the race 😮
He is in a very good shape 😃
It’s just impossible to stop him from running, so the organization treats him as a prince, feeds him and gives him water all the time so he can stay healthy! His paws looks pretty good actually, he seems pretty used to long distances 😅,” posted Marathon Des Sables. 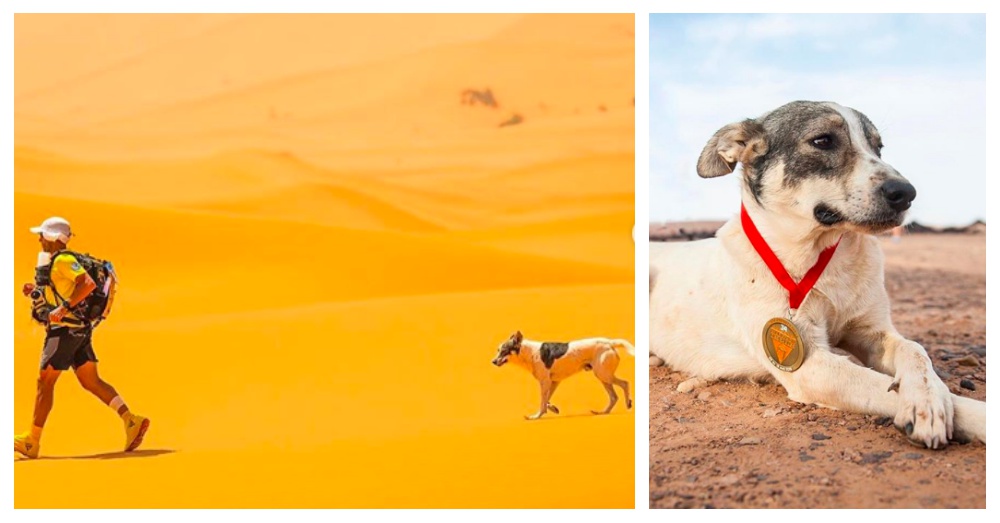 When race officials realized he was continuing on with the race, they strapped a GPS tracker to him to follow his progress. The other runners enjoyed having the friendly dog around.

The adorable dog was determined to finish the race and he did! He completed the race and finished in 57th place. “Cactus the finisher 🏅🐕🌵
He made it! He’s the first dog to run the MDS 👏💪
He did great on today’s 42 km stage 😃
Who’s a good boy? 🐶” 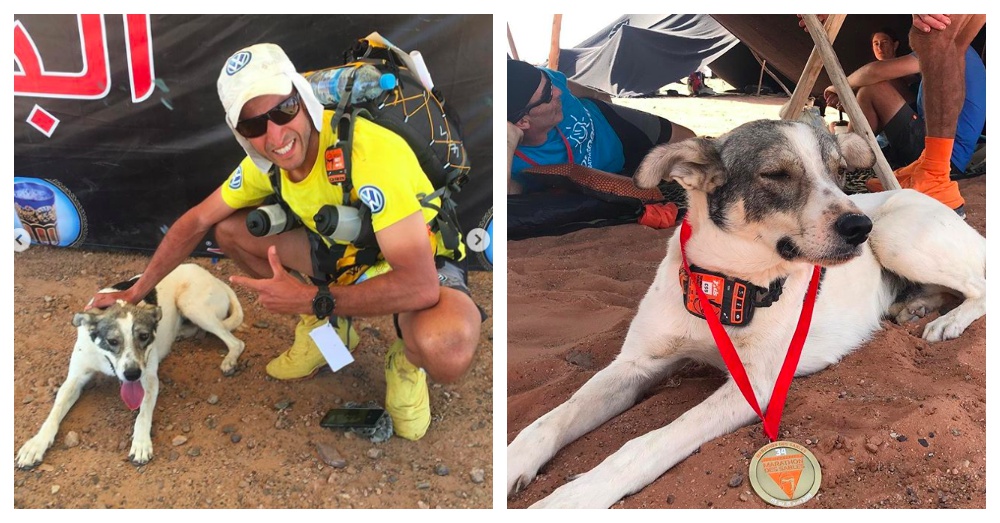 Of course, he received a medal and the title of first dog to ever run and complete the MDS. It turns out that Cactus is not a stray dog and his name is Diggedy. There were multiple people ready to adopt Cactus, but he already had a home. He is owned by a woman named Karen who arrived at the finish line to retrieve her champion.

Nothing was mentioned as to how the dog arrived at the start of the race, but he will forever be remembered as the first dog to complete the grueling race. 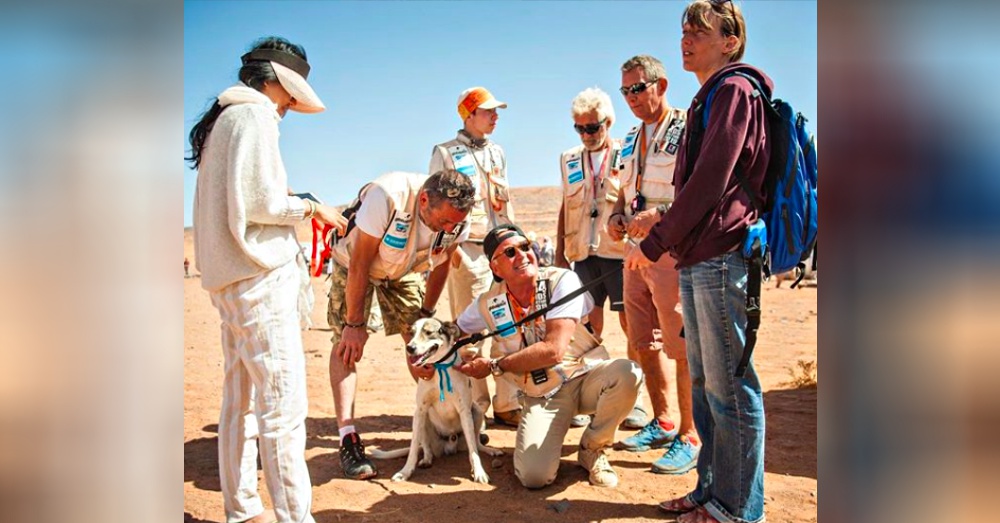 People loved following his story and he has his own hashtag on social media, #cactusthemdsdog. He is an inspiration to all and proof that everything is better with dogs.

Watch Cactus cross the finish line with people cheering him on in the video below. Be sure to share it with all your dog loving friends.