Ryder, a Labrador and basset hound mix (also known as a Bassador) has taken the saying “let the good times roll” quite literally.

Every time he goes for a walk with his dad, Sean Tornetta, Ryder makes sure he extends his walks by dramatically flopping over and refusing to get up. 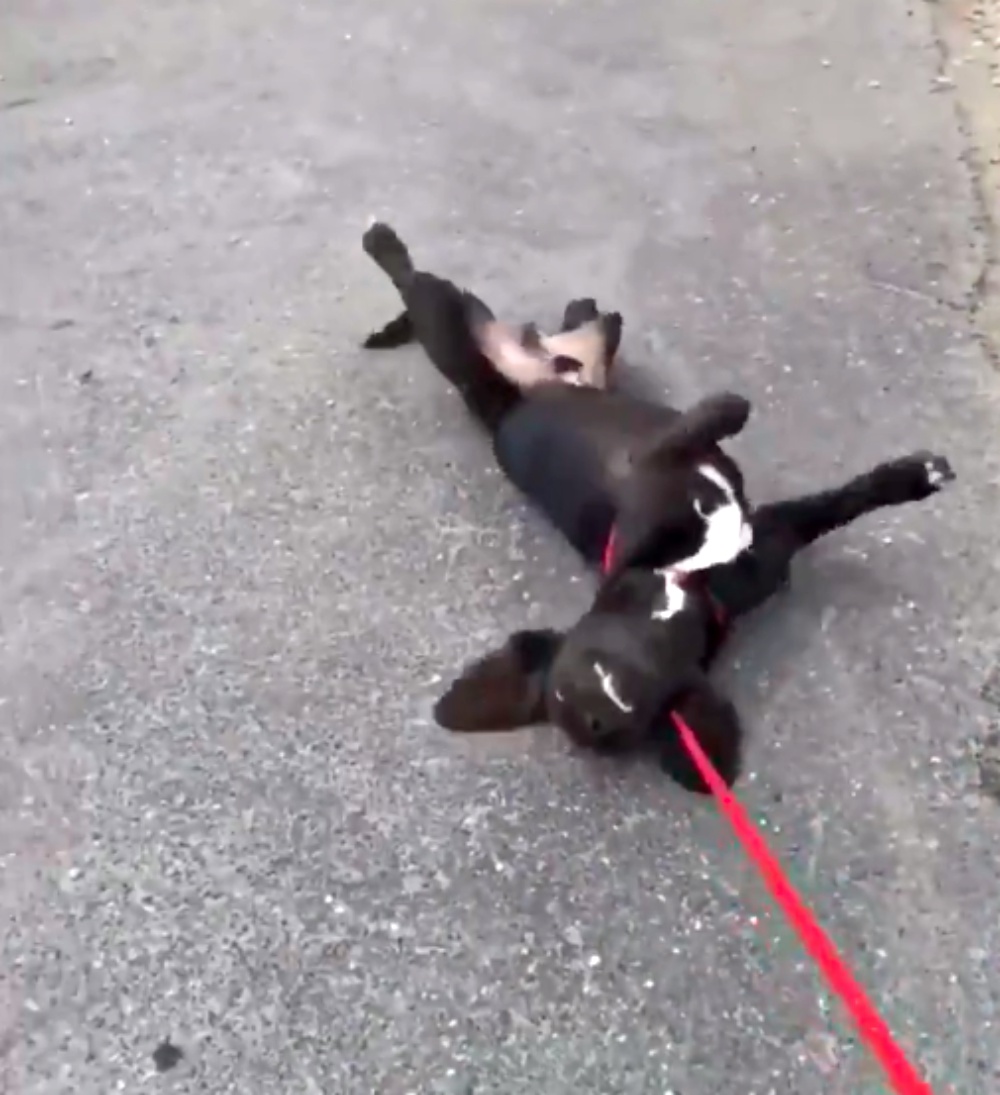 His dad cannot help but laugh.

While some people believe laughing only encourages the behavior, how can you not giggle at his adorable face looking back at you?

The rescue hound simply doesn’t want to go home, yet.

Sean knows it is all an act, but plays along.

“He pretends like he is exhausted, but every time he drops, he is a block or so from our house,” he told the Dodo. “He is in shape and can certainly make it. We’ve seen him spring and play for hours at the dog park, so we know it’s all an act.” 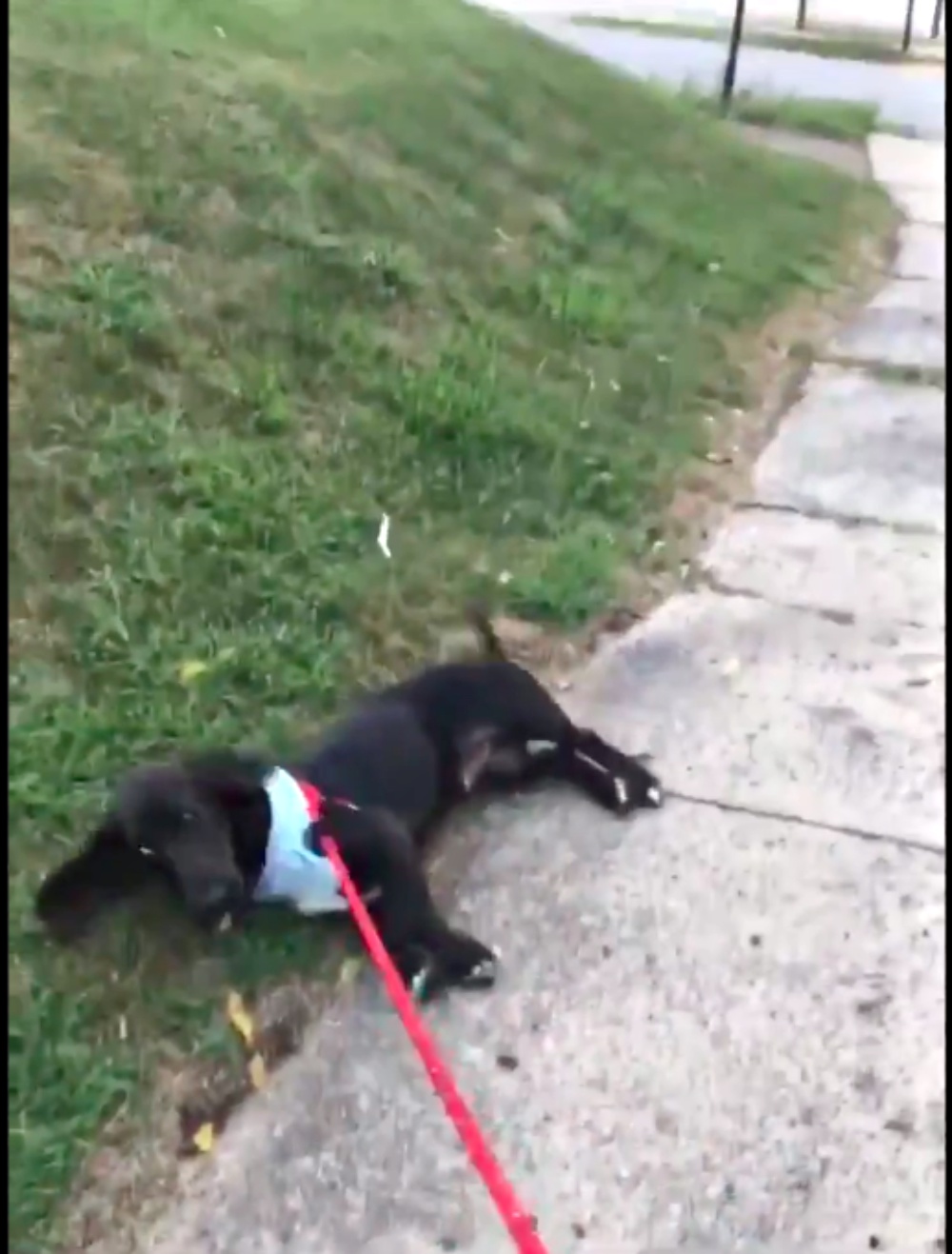 At first, Sean would pick up his dog and carry him the rest of the way home but realized that was not a solution.

Instead, he used the one thing that Ryder loves most – food – to motivate him.

“The second I start to wiggle my pocket with treats, he springs right back up like nothing happened,” Sean said.

He loves his hound’s goofy personality and shared his antics on Twitter. The video went viral with 3 million views.

He captioned the video, “This is how my dog protests coming home from a walk. This happens every time.”

Well, at least he is consistent.

But Ryder is not the only dog to have figured out that collapsing extends the walk.

Numerous dog owners commented that their dogs do the same thing.

One said, “If I had $1 for every time mine has done this I could afford to quit work and sit outside with him the rest of my life.”

Check out the viral video of Ryder’s dramatic collapses below and don’t forget to share. It is guaranteed to make your day.