Saying goodbye to a loved one is one of the hardest things we have to do in life, but we are not grieving alone. Dogs love unconditionally and are heartbroken when they lose a member of their family.

A grief-stricken dog was captured on video clinging to the side of his deceased owner’s casket in Lima, Peru. The dog’s owner has passed away the night before and the hound just wanted to be close to him. 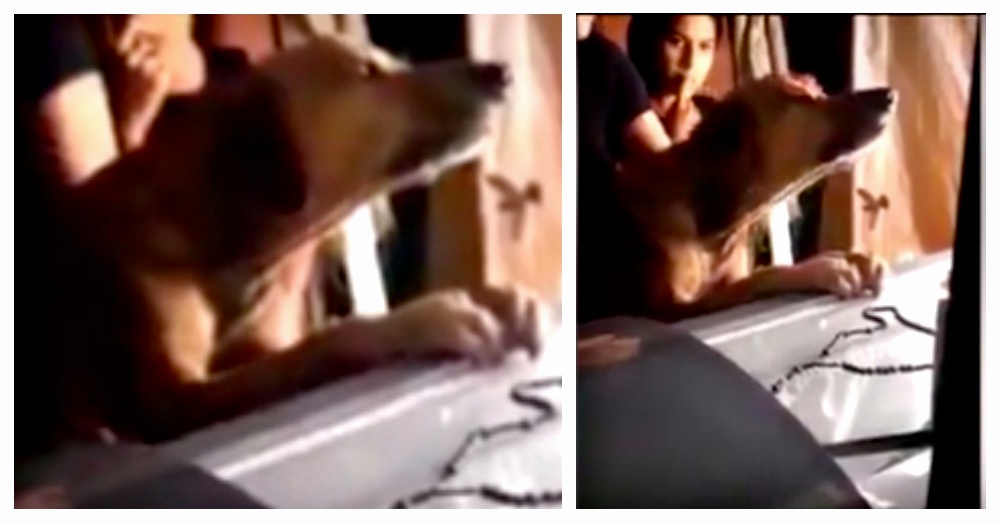 The name and cause of death have not been released for the dog’s beloved owner. All that is known is that the dog loved him unconditionally and did not want to leave his side. When a woman attempted to move him away, he used his front paws to cling to the white casket.

He was not ready to say goodbye. 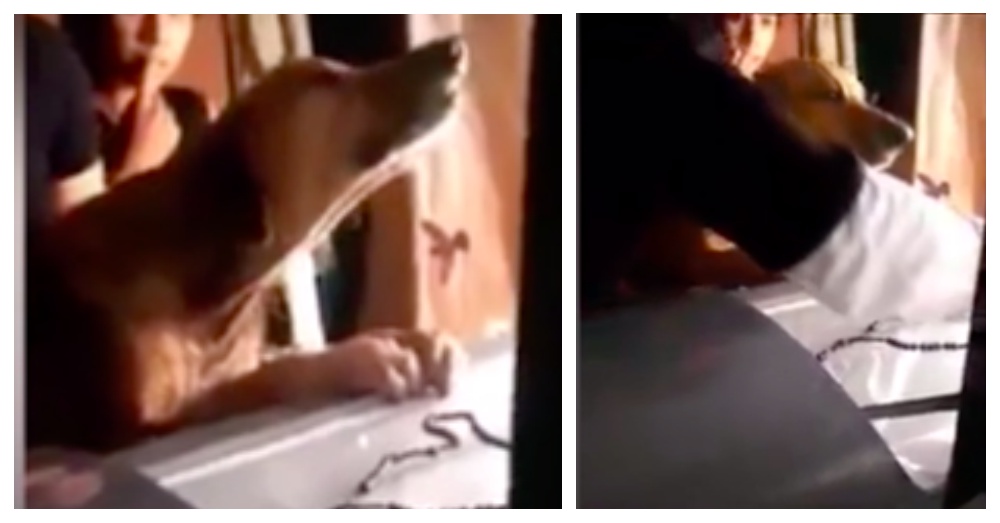 The dog was finally carried away and consoled by family members. The heart wrenching moment captured by a relative went viral and has been seen by people around the world.

Linda Green wrote, “Brings tears to my eyes. Not just a dog. More caring than many human beings!”

Susan Carcamo commented, “Dogs are the most loyal beings on this earth!”

Witness the dog’s sorrow and pain over the loss of his owner in the video below.