The kind men worked hard to help the dog out of the dark hole. He was extremely nervous, and rightfully so. They took the lid off the sewer so that one man could climb inside. He sat in there with the dog and pet him to let him know that he was there to help him and not hurt him. 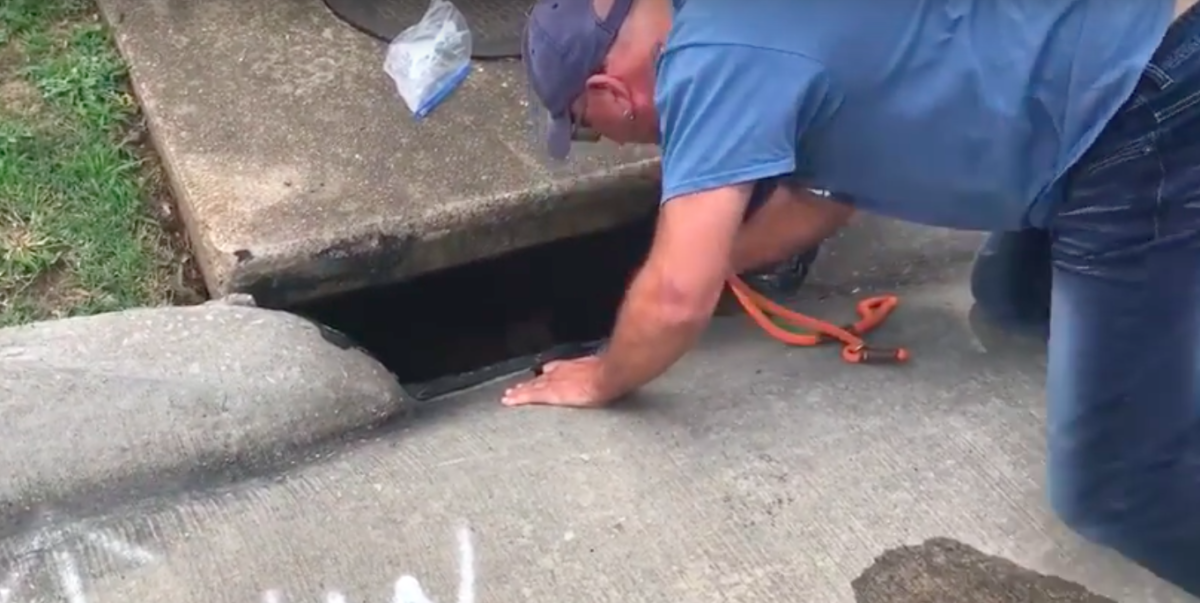 Once he gained the pup’s trust, he put the bungee cord around him and the dog. Another man pulled both of them out of the sewer. The relieved dog shook some dirt off and was very happy to finally be free.

The dog was timid, yet friendly. He stood alongside his rescuers and allowed the to pet him. He seemed very grateful that they saved his life. 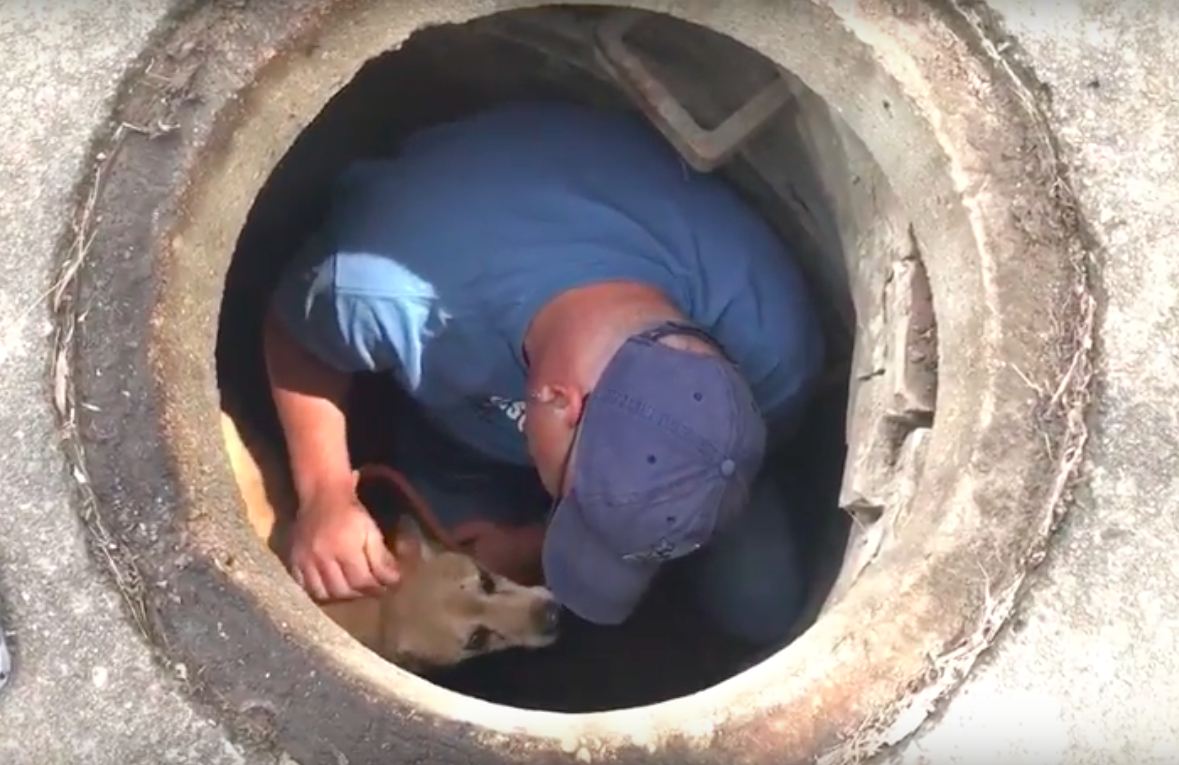 The dog didn’t have a collar and tags or a chip; but they believe the dog was not a stray and does in fact have a family because he seemed to be well-cared for. 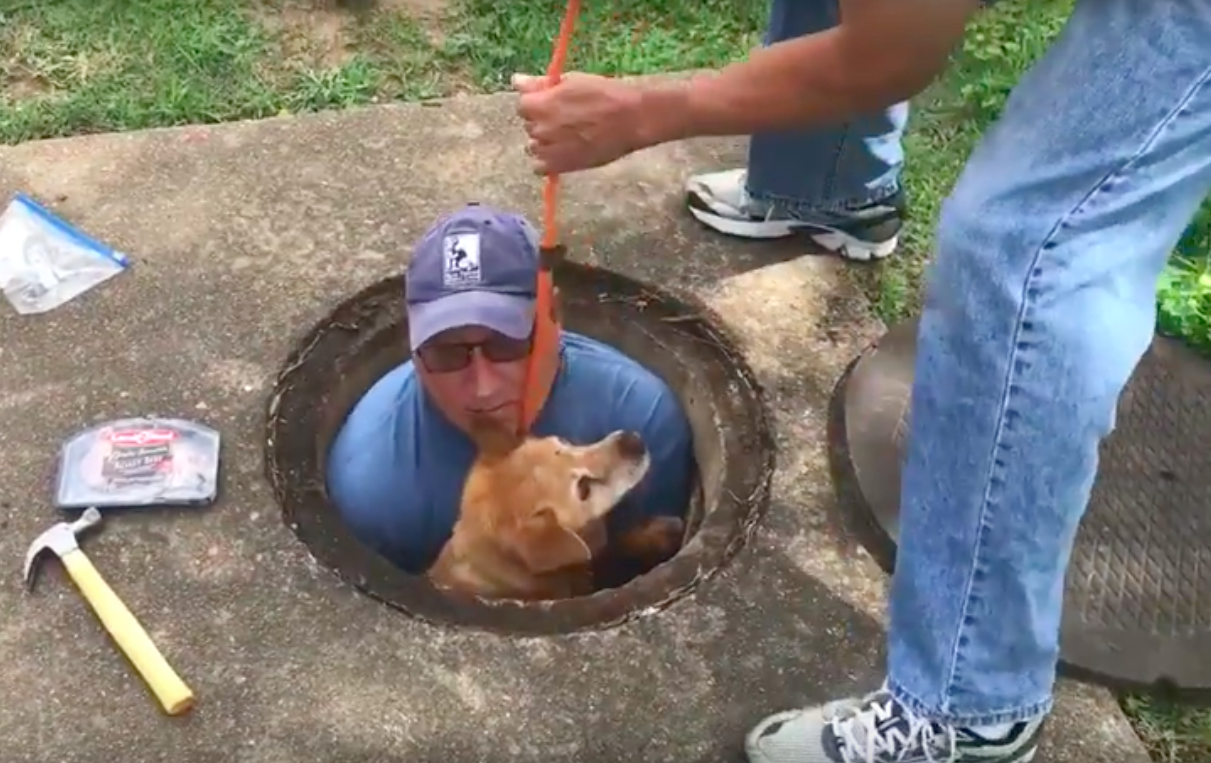 They brought him back to their shelter and the first thing they did was give him a bath to get him clean after being stuck in that filthy sewer for so long. 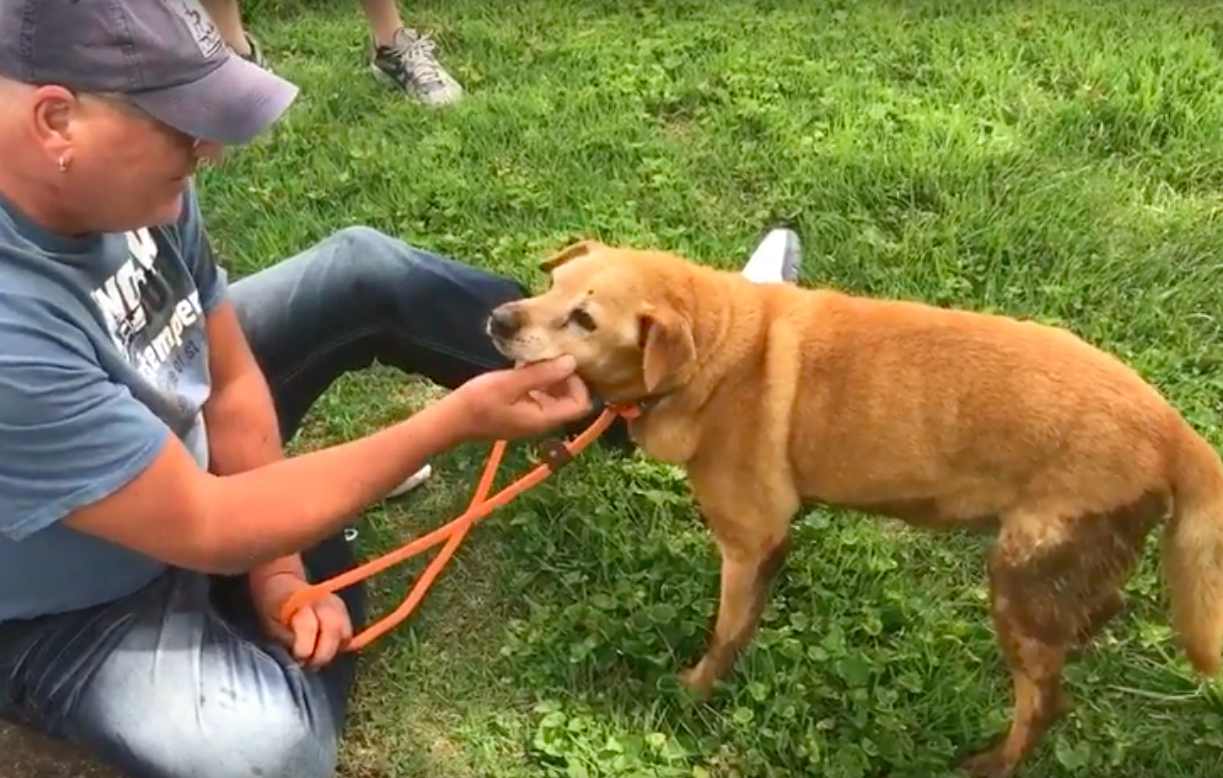 So far no owners have come forward, but Stray Rescue hopes that someone will eventually recognize the dog and claim him so they could set up a reunion. Until they, he will remain at the shelter and will be greatly taken care of.