Grab your tissues because there is a very heart-wrenching video going around of a dog chasing the van that abandoned him on the side of the road in Milton, West Virginia, on the 1st of September. The video has gained loads of attention with thousands of views on Facebook, as well as some good Samaritans volunteering to help.

Bob Edmonds witnessed the dog being dumped by a car at East Mud road in Milton on Sunday morning. The vehicle sped away as the visibly upset dog cashed down the road after the car.

Edmonds shared the video, along with a photo of the chocolate Labrador to his Facebook page. Since it was posted on Sunday, the video has been accumulated 149,700 views.

Edmond shared an update on the dog’s status, writing, “HE HAS BEEN FOUND SAFE! He is in safe hands now … Thanks, everyone. If anyone knows this vehicle that travels East Mud Road in Milton, WV, tell them to come get their dog they just dropped off.”

According to WSAZ, the Lab was rescued by Stephanie Elswick, a volunteer rescue worker who drove over 11 miles from her home in Barboursville on Monday morning in search of the dog.

Elswick felt extremely troubled following the video and was unable to sleep that evening. “I saw it, and I had to help,” she told WSAZ. 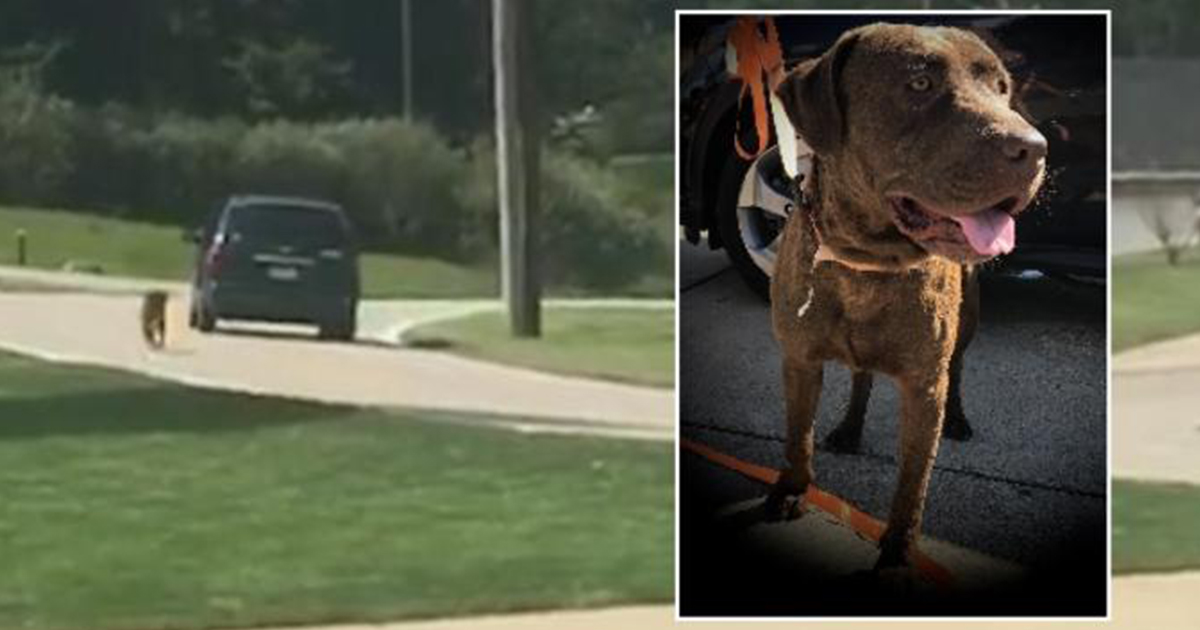 She found the Lab tied up in someone’s yard, nearly a mile from where the video was captured. “I asked if it was their dog,” she said. “They said no. They’d found him in the road and tied him up to keep him safe.”

Elswick said the dog was healthy and friendly, so it was impossible to understand why someone would want to abandon him. “Just don’t throw them out in the road like this to fend for themselves,” she said.

The dog is currently being cared for at the Huntington Cabell-Wayne Animal Shelter. They’re encouraging anyone with any information about the driver to contact the shelter’s Facebook page and ask for Rutherford.