It makes us sick to see helpless animals being harmed by humans. There is no excuse for this type of behavior…PERIOD. A dog in British Columbia was being abused in plain sight, but nobody would help her.

Neighbors contacted The British Columbia Society for the Prevention of Cruelty to Animals to inform them about a dog that had been chained up for nearly a decade. The dog was forced to sit in her own feces without any hope of being saved. 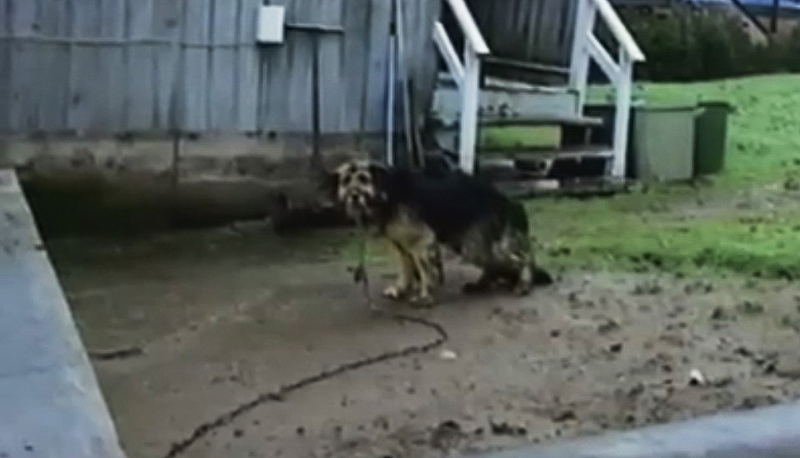 Judas, the dog, was in very bad condition when rescuers finally arrived. She was malnourished, dehydrated, and was forced to live outside during the harsh Canadian winters without any proper shelter. 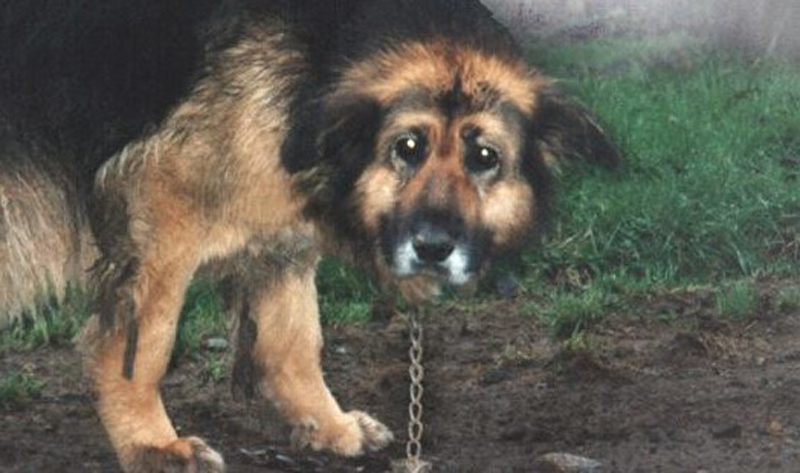 Her fur was matted and she would hobble around because she suffered from a severe case of arthritis.

After many complaints from the neighbors, the family finally caved. The Animal Advocates organization rushed to help the dog before she was put down. 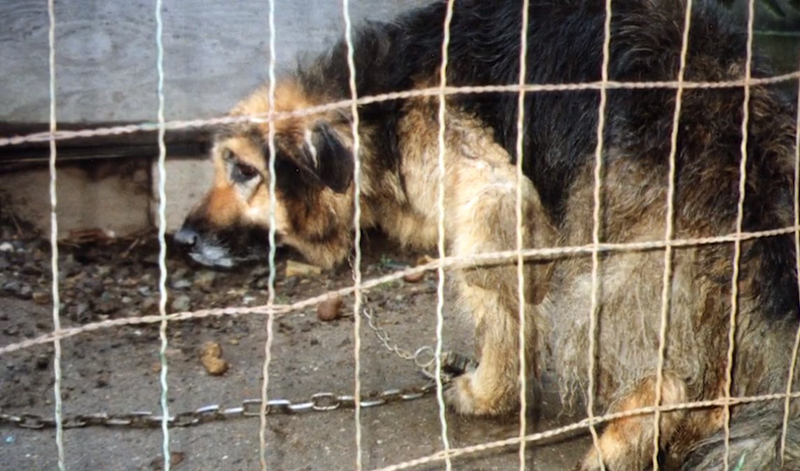 The workers gave her a bath she most desperately needed and felt love for the first time in her life. Judas actually managed to wag her tail in excitement.

Thankfully, the organization was able to re-home Judas where she was also renamed to “Judith”. 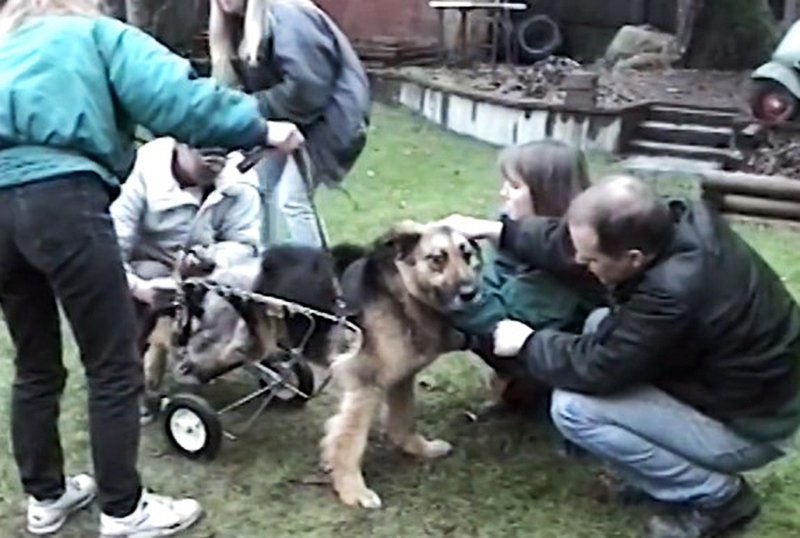 Judith was in pretty bad shape and her arthritis was getting the best of her so Animal Advocates helped find her a cart so she could play.

You have most likely heard about Judith as her story has gone viral over the years. Sadly, she passed away peacefully after 18 months knowing what being loved felt like.