Dog Gets Busted For Stealing Carrots From The Garden

Although there may be some debate over whether dogs should be eating vegetables, there is one thing that is not under debate. That is the fact that some dogs can’t get enough of them!

Of course, there are some dogs that would never go near vegetables, just like some people, but other dogs love the crunch of a delicious veggie.

Apparently, that also includes Buddy, an adorable pooch that lives in Port Alberni, British Columbia. When Buddy’s owners noticed that their dog was disappearing to go dig in the garden, they wanted to know what he was up to. When they went outside, they got quite a surprise because their dog was not just digging, he was eating the fresh carrots! 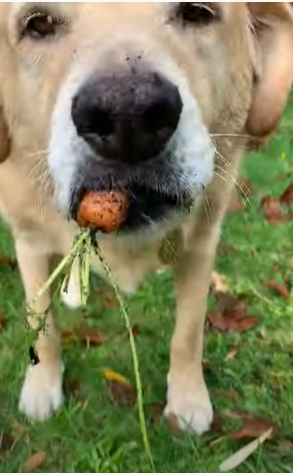 It seems as if they saw Buddy out the window laying in the garden and he had something in his mouth. As soon and the dog’s owner went outside, he began recording to catch his dog digging holes in the garden.

What he wasn’t expecting is to find that his dog was eating a carrot. They caught him red-handed! Now they knew what was chewing off the carrot tops! 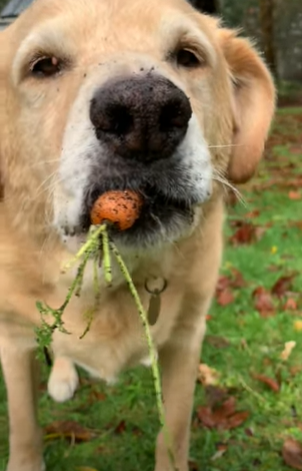 Watch buddy get caught in the act in this video: