Dog Meat Consumption Has Fallen Out Of Favor In South Korea, Here’s How It Could Be Banned For Good

About two million dogs and cats are slaughtered for their meat and consumed each year in South Korea. The practice of eating dog meat is based on a tradition that is now rapidly falling out of favor as more and more South Koreans advocate for animal rights.

As Humane Society International reports, dogs and cats held in slaughterhouses often grow up in unsanitary, factory farm-like conditions with little protection from extreme weather and no exercise, companionship or medical care.

For many, the only time they will leave the cage is to be slaughtered, electrocuted, hanged, beaten or burnt to death. 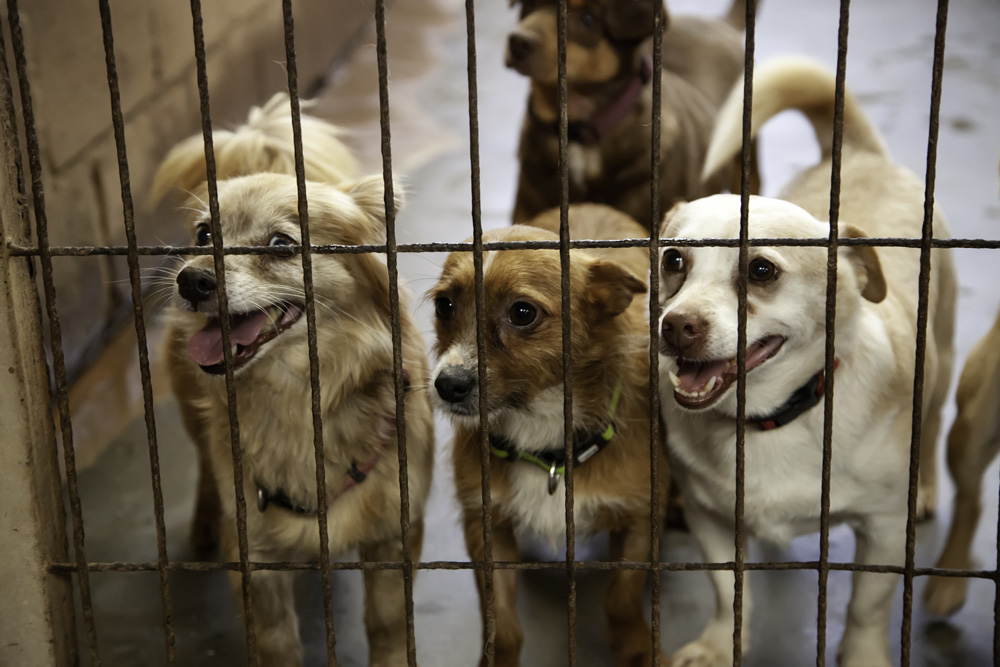 Source: Adobe Stock/celiafoto
About 2 millions dogs and cats are slaughtered for their meat in South Korea every year.

Although a fair number of South Koreans have eaten dog meat at least once in their lifetime, only a small percentage eats it regularly. In fact, there is a large and vocal group of Korean people against dog meat consumption.

Sogs are traditionally eaten during the summer months in Korea, the Animal Welfare Institute reports. Dog meat is associated with the Boknal festival, during which attendees eat the meat with a belief that it contains medicinal properties.

“There is a belief that eating dog during the festival will keep one cool,” AWI reports. “This is particularly evident during Bok days, the three hottest days of the summer according to the lunar calendar.” 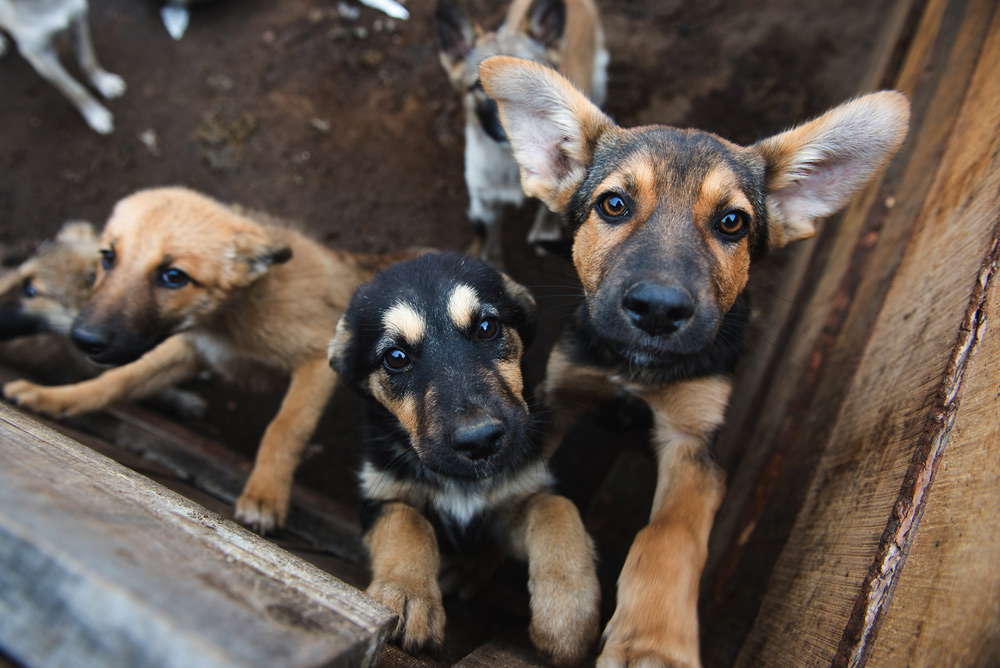 Source: Adobe Stock/agnormark
Consumption of dog meat is not as popular as it once was in South Korea.

However, according to the BBC,  with an increasing number of South Koreans owning dogs as pets, dog meat is becoming more controversial and the government is under pressure to ban it.

An opinion poll conducted by Nielsen and commissioned by Humane Society International/Korea found that 84% of those polled don’t or won’t eat dog, and almost 60% support a legislative ban on the trade. A further 57% of South Koreans said dog meat consumption reflects poorly on Korea, increasing from 37% in 2017.

Nevertheless, the dog meat trade is a profit-driven, tax-free and unregulated industry, and due to the demand for meat across Southeast Asia, the South Korean government continues to support it. 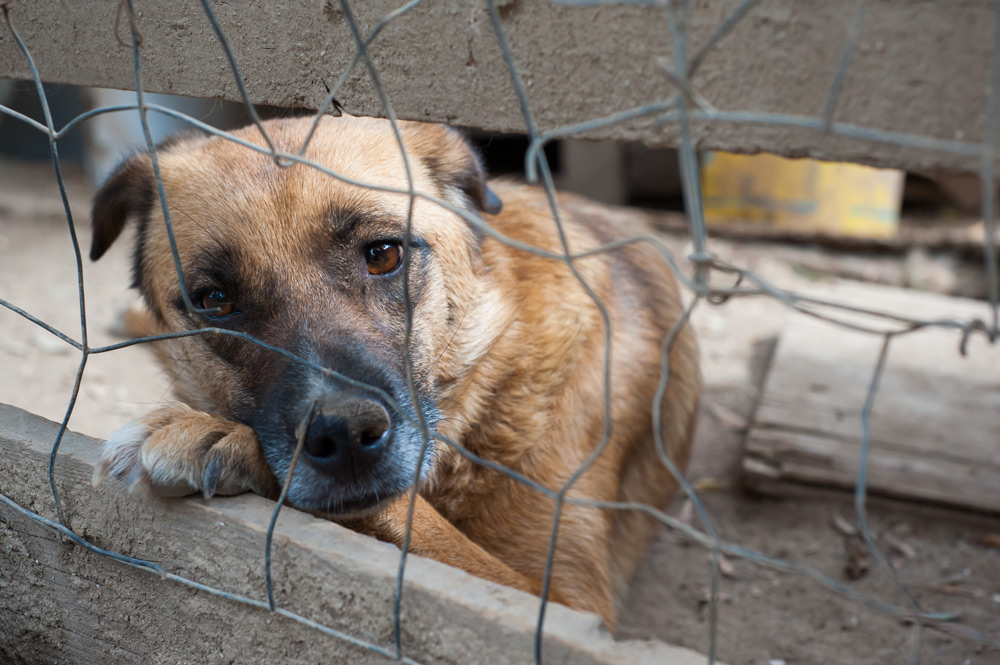 Although dogs may have been kept and killed for food in South Korea over a thousand years ago, the tradition of dog meat consumption does not have deep roots in the country’s modern culture.

“Even during desperate times … the consumption of dog was not a dietary tradition,” International Aid for Korean Animals reports. “Like anywhere else, dog was eaten only as a last-ditch resort to avoid starvation,” “Then sometime in the last century the practice was taken up by a few older men for mythical health benefits regarding virility.”

Today, a case brought by the animal rights group Care against a dog farm operator may prove key to banning the dog meat trade in South Korea. A city court in Bucheon ruled on the case in June 2018, declaring meat consumption was not a legal reason to kill dogs, The Guardian reports. 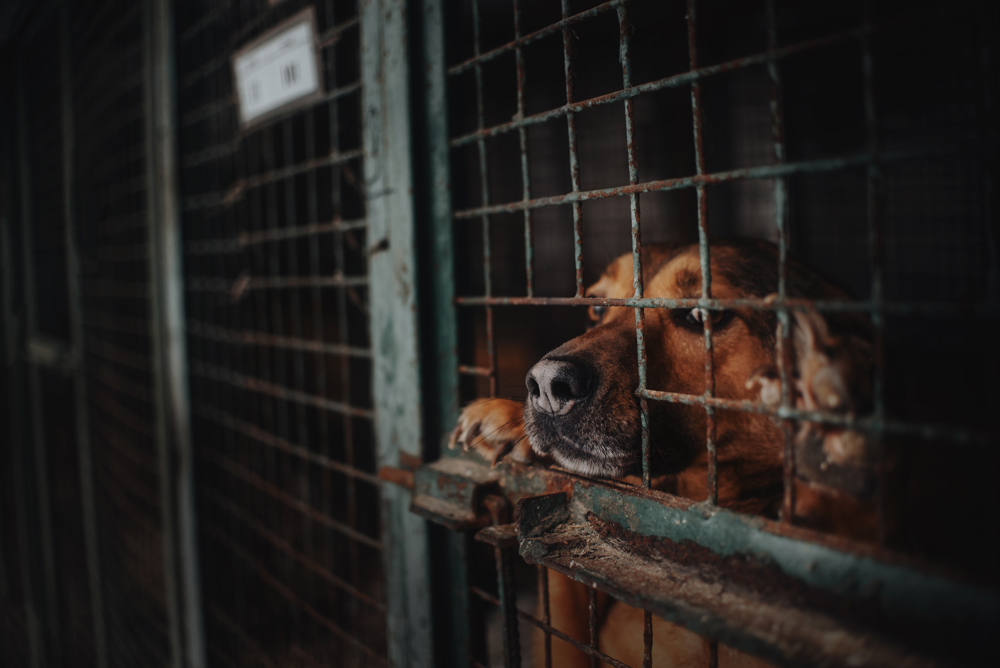 Source: Adobe Stock/ksuksa
People around the world are speaking out against the dog meat industry.

The slaughterhouse owner was convicted of killing animals without proper reasons and violating building and hygiene regulations and fined 3m won ($2695).

“It is very significant in that it is the first court decision that killing dogs for dog meat is illegal itself,” said Kim Kyung-eun, a lawyer for Care.

Care intends to file similar complaints against other slaughterhouses in South Korea, taking the operations offline one by one. In the meantime, a growing number of concerned individuals are sending a message directly to the leadership of South Korea, demanding an end to this nightmare.

Click the button below and help us save these animals!

Cats and Dogs Are Pets, Not Food! Dogs and cats are being captured, stolen, or bred for this industry and forced to live in unsanitary, factory farm-like conditions with little protection from extreme weather and no exercise, companionship or medical care.

Eventually, they are electrocuted, hanged, beaten or burnt to death.

Tell South Korea to end this nightmare and make the sale and consumption of dog and cat meat illegal!