Comedian Does Hilarious Impressions Of Dog Owners VS Cat Owners

Dogs and cats both have their different personalities which come with all kinds of quirks. Some people are more dog oriented, while other people prefer the company of cats. Either way, there is a pet out there to suit everyone’s tastes. I have had both cats and dogs throughout my life, but I definitely prefer cats. I love that they’re so sassy in their own way.

And for anyone who has ever owned both cats and dogs, there are some noted differences amongst the animals. Most dogs are quite obedient…for the most part. It’s easier to train our dogs and get them to comply with what we want them to do. Cats are quite the opposite. They seem to teeter between being the defiant rulers of the house to the insanely sweet cuddle monsters that love nothing more than curling up on our laps for a long and cozy nap. Either way, there are glaring differences between cats and dogs. And, just like with the animals, owners of cats and dogs are also quite different.

And now they’ve been hilariously defined by comedian Trey Kennedy. In a video, which we cannot stop laughing at, the comedian highlighted all the differences that there are between cat and dog owners. Not only are his observations spot on, but he delivers them in such a funny manner. 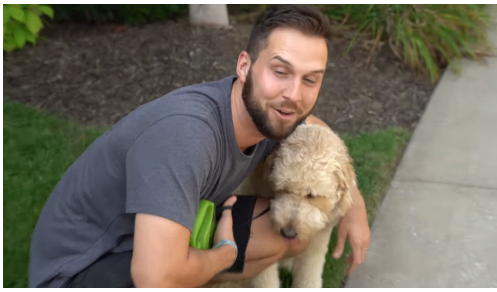 For anyone who knows a dog and a cat person, these differences that Kennedy talks about definitely hit home. Perhaps the most accurate moment in the video is when he mentions that cat owners are the “servants” to their cats – every cat owner just blushed at that moment of the video!

What do you think of Kennedy’s different points? Isn’t he spot on with many of these? Share with us your thoughts!