A woman named Shawna Harch had just parked her car in a lot in Portland, Oregon, and was paying the meter when she heard barking.

She followed the sound and found a little dog who was locked inside a crate in a parked Mercedes with all of its windows rolled up. The only source of air was a tiny crack in the moon roof.

Harch’s heart sank and she knew she had to help this little pup. Temperatures were nearing 90 degrees outside, which meant it was far hotter inside the car, so Harch knew that time was not on her side. 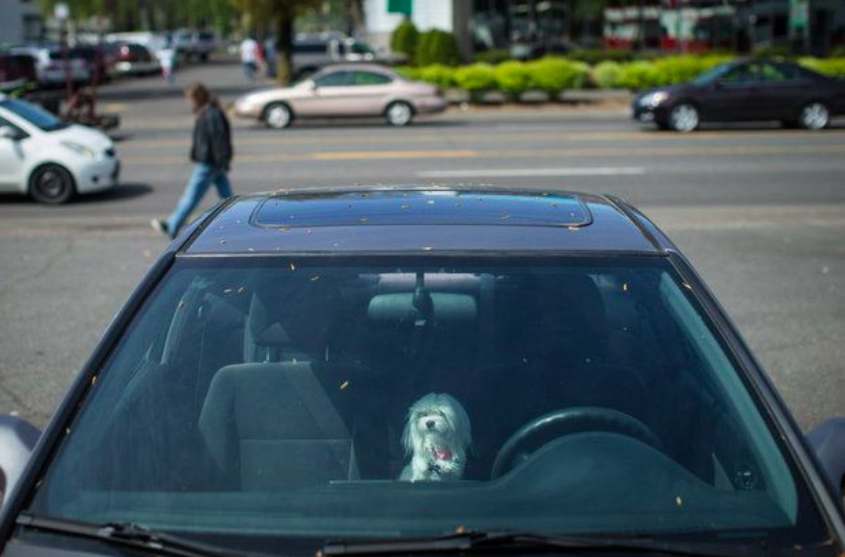 First, she tried to find the owner in nearby stores, but to no avail. Then she called the police, but was told it might take a while for them to arrive. Then Harch thought maybe she could get the owner’s attention by setting the car alarm off, but even after shaking the car and hitting it, she couldn’t get the alarm to sound.

She then got a car jack out of her own car, and started hitting the windows of the car that the dog was in. She was swinging it at the windows like a baseball bat, but had trouble breaking them. Witnesses saw her struggling and advised her to hit the corner of the window. She did, and it finally shattered. 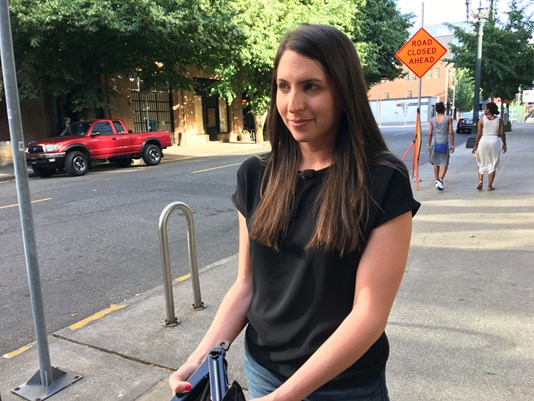 Luckily, she got the dog out safely. Not much longer after, the dog’s owners came out of the apartments nearby. They were shocked to see what had happened, and admitted that they thought the dog had enough air. But instead of being mad at Harch for breaking their car window, they thanked her.

Leaving an animal in a car that isn’t running is extremely dangerous, no matter how many windows are cracked open. If you ever witness this, call the police immediately. 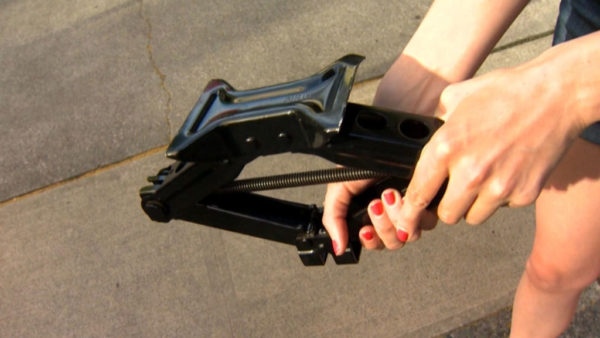 Every state has different laws regarding this issue, but luckily for Harch, an Oregon law was just signed in the day before that allows people to legally break into hot cars to save a child or animal.