Are You Ready For Some Footbooowl? Watch The Inaugural Dog Bowl Participants Practice Here!

It took sevenths of years of determination to make it this far. They went through training drills, morning walks, hidden treats, and a few rounds of playing dead, but each of these athletes is ready for the big game.

Two teams of larger-than-life all-stars are now prepared to gently nudge each other around the gridiron for the sweet taste of victory. To us, that’s about as adorable as sports can get.

No matter which side you’re on this February, there’s no doubt everyone’s a winner in this year’s inaugural Dog Bowl. The contestants range in age from 2 years old to 15, and each is up for adoption (if they haven’t been claimed already). 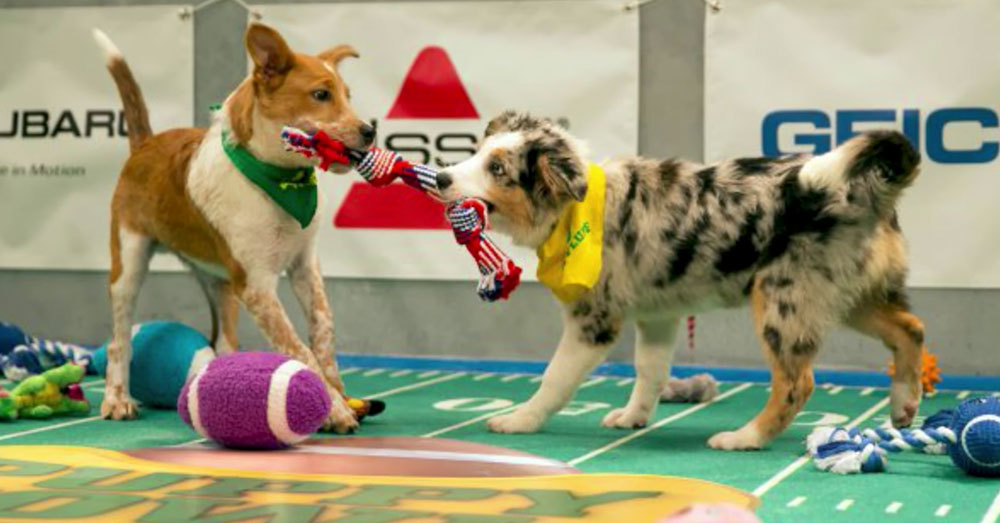 Preparing for the Big Game

According to Animal Planet, the dogs come from 15 shelters in 11 different states, and you can get a look at them in action here.

A spinoff of the Puppy Bowl, now in its 14th year, the Dog Bowl is airing the day before the younger players (and/or the NFL, depending on which game you’re interested in) take the field. While some may lack the youthful zip of their Puppy Bowl counterparts, it’s apparent that maturity isn’t so bad, either.

“They’re calmer with each other,” Puppy Bowl “ruffaree” Dan Schachner told USA Today. “We don’t get fights like the puppies when they yip at each other. They seem a little more aloof.” 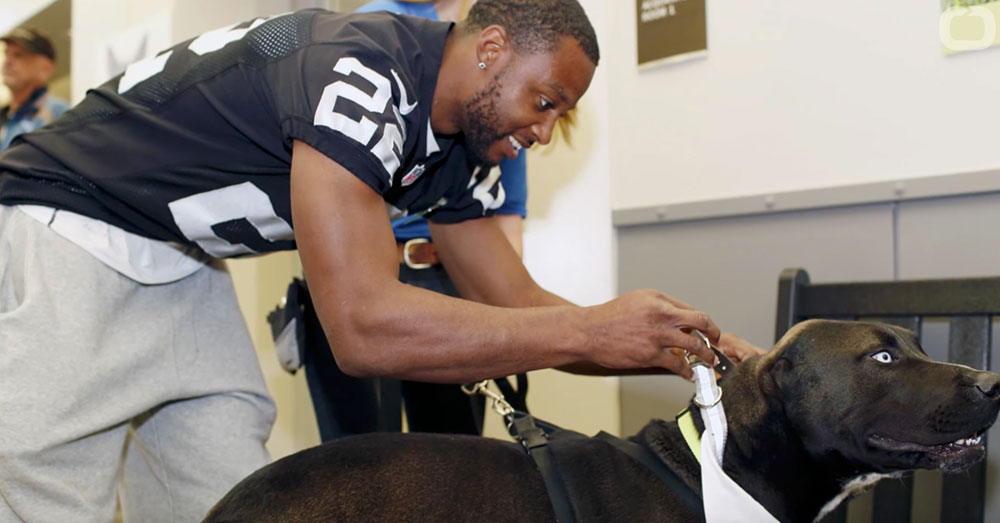 Source: YouTube/Wochit Entertainment
An Oakland Raiders player meets one of the contestants in the big game.

Team tails is outfitted in blue bandanas with yellow lettering, while team Paws sports yellow kerchiefs with blue detail. And among them are true champions, some of the bravest and most selfless animals alive.

From Denver, a 5-year-old service dog named Rommy carries a heartwarming story of friendship and trust. Rommy has been assisting Army and Navy veteran Shon Wilson, who served in Iraq and Afghanistan before returning home with PTSD, USA Today reports. 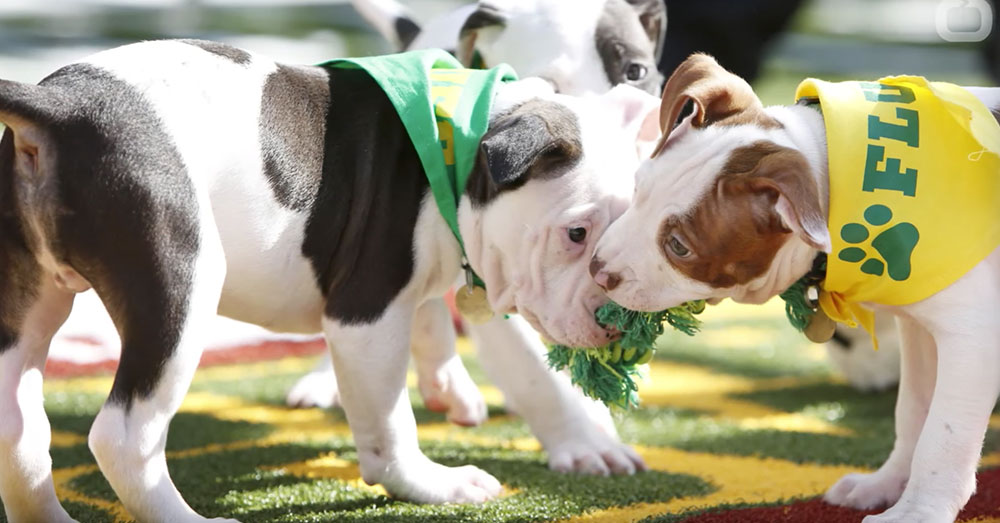 He’s got a heart of gold, and he likely won’t be fumbling on the field. Rommy was trained by Freedom Service Dogs of America, a nonprofit started by the Tennessee Titans wide receiver Eric Decker and country singer Jessie (James) Decker.

“I wasn’t sure I wanted the stigma of having [a service] dog with me. I wanted to be tough, [like] ‘There’s nothing wrong with me,'” Wilson told USA Today. “But it came down to my wife and counselor saying, ‘You’re not getting better. Let’s do something else.'”

In honor of the big game, GreaterGood is celebrating its own third annual Shelter Bowl. And this year, Purina® is joining the team by matching every donation made between January 29th and February 4th dollar for dollar, up to $20,000. Click here and help us meet our goal to raise $20,000 to provide nutritious pet food to shelter animals all across the United States!

After that, click the button below to see more of this year’s Dog Bowl contestants!