Matthew and Nambok Howard were no different from other couples having dreamt of their wedding for years. However, their rescue bulldog Diesel gave the couple a wedding memory that couldn’t have been planned in advance.

Diesel is a dog with a big personality. So when Matthew and Nambok chose to involve him in their ceremony, they knew it was a gamble. Yet they couldn’t imagine their special without their fur-child. 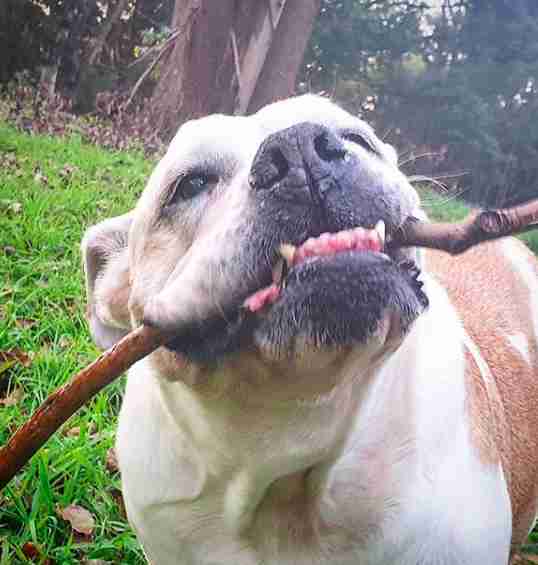 Matthew Howard said to The Dodo, “Diesel is a bit of a show-stealer. so I should have known he’d attempt something to get everyone’s attention.”

On the day of the ceremony, the couple had all of their dogs present, and Diesel was the “bestest man.”

Matthew had planned every last detail of the entire wedding. However, the one thing that he couldn’t plan for was Diesel’s behavior. 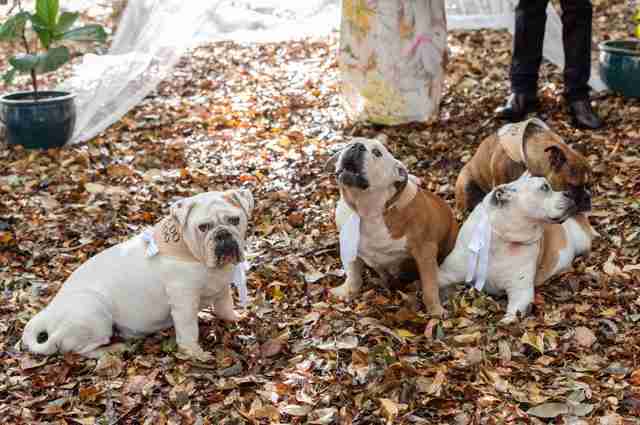 It turns out that the excitement of the day was a little too much for Diesel to handle.

“He watched my partner be driven in and then walk down the aisle. He was very excited to see her, thinking maybe he would be getting a car ride,” Matthew explained. “When my wife took her place at the altar Diesel instinctively sniffed her pants, and then somewhat out of character, decided that where she was standing should be his.”

Before the couple could say “I do,” Diesel lifted his leg and began to pee right next to Nambok. 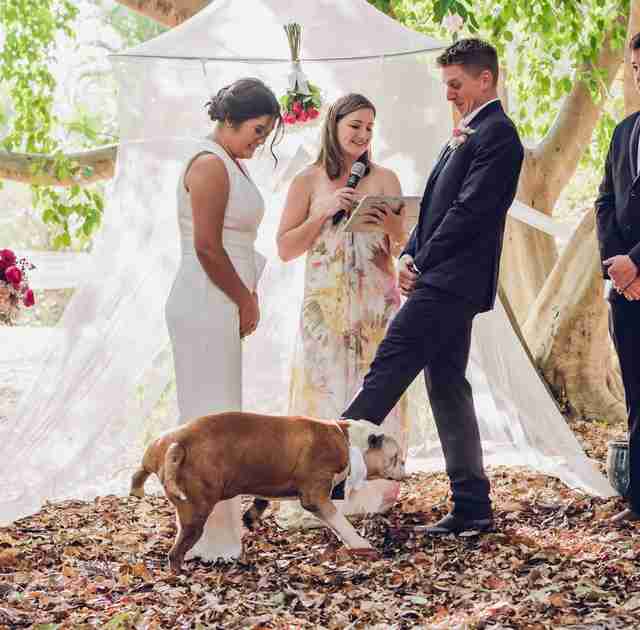 “Fortunately, given the angle, he missed her outfit by centimeters,” Matthew said.

Once finished, Diesel then turned and began kicking leaves towards the couple, before trotting away with a satisfied look on his face.

“Everyone at the ceremony laughed, including my wife,” Matthew said. “We’ve had Diesel for six years now, so she’s well aware of his cheeky habits.” 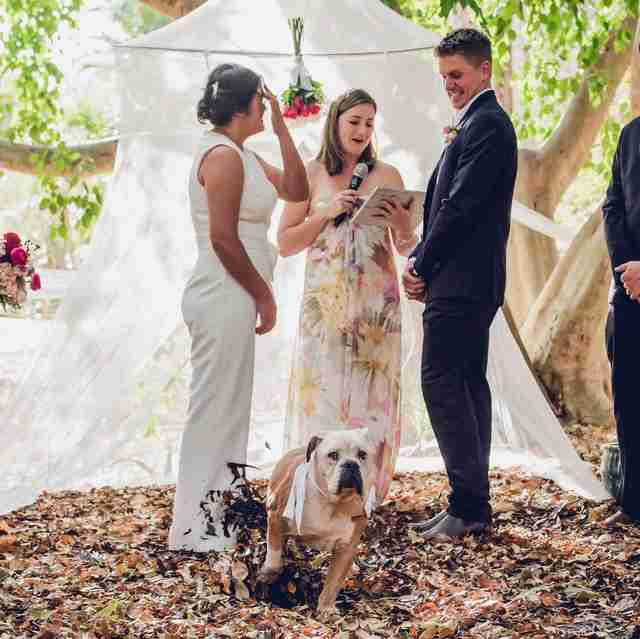 “We’re dog people, so she laughed and put it down to Diesel being Diesel.”

In order to show that there were no hard feelings, Diesel and Nambok shared a celebratory first dance afterward at the reception. 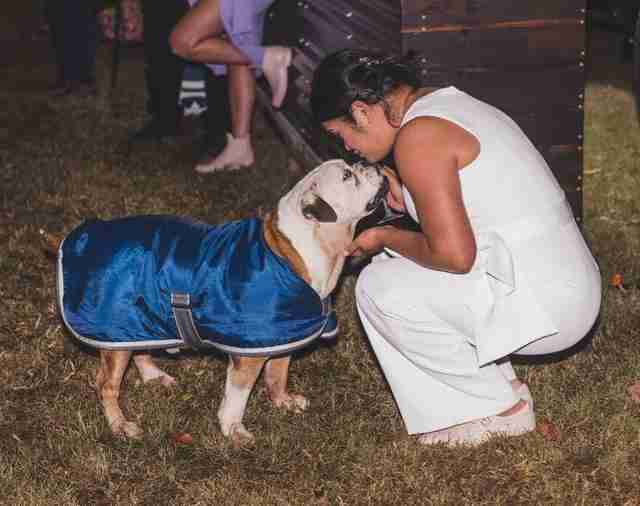 As the experience at the Howard nuptials proved, sometimes things don’t always go as you planned on your wedding day, but regardless, it’ll always give you a great story. Thanks for that reminder Diesel!

If you want to keep up with Diesel’s adventures, go follow him and his dog pals on Instagram.