She Was Locked In A Basement For 2 Weeks. After Being Rescued, Look What She Does During Belly Rubs!

This Staffordshire Bull Terrier mix, named Victoria, has had it ruff lately. Her former owners wound up bringing her to a shelter after keeping her in their basement for two weeks. They said their lease didn’t allow her, so they kept her down there in hiding. 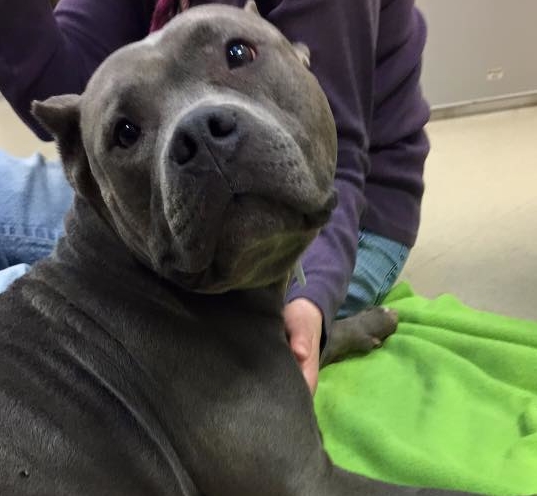 Staff at the Montgomery County Animal Services & Adoption Center, in Maryland, believe Victoria is around six years old. During her lifetime, she had bounced from house to house, and never really had a stable place to call “home.” She had also given previously given birth to puppies in that time. 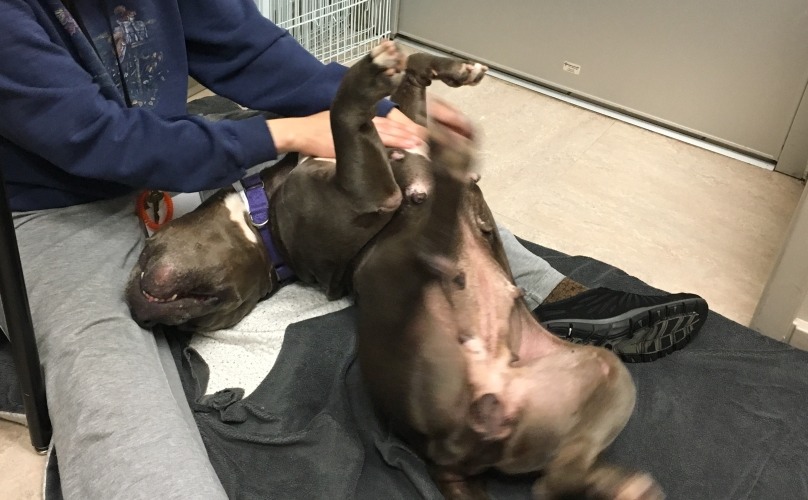 But despite all of that, Victoria is still a very happy pup! She loves people and cries when she thinks she’s being ignored, “even just for a second,” said Miranda Hitchcock, a spokesperson for the shelter.

When she’s getting pet, especially on her belly, her jowls flop around and show her big smile, while she wiggles her legs all around. Watch her in the video below; I’m sure it’ll leave you with a huge smile!

If you’d like to adopt Victoria, check out her adoption listing by clicking here.