Do you ever have those friendships that start because one person just wouldn’t leave the other person alone? Well, that is what happened to this particular golden retriever pup, who was caught on camera looking quite confused that a little deer fawn wanted to be friends.

The sweet little fawn did something quite extraordinary when it went straight up to the dog and gave him a kiss on the nose. As you can see by the dog’s expression, it was not expecting that interaction at all. 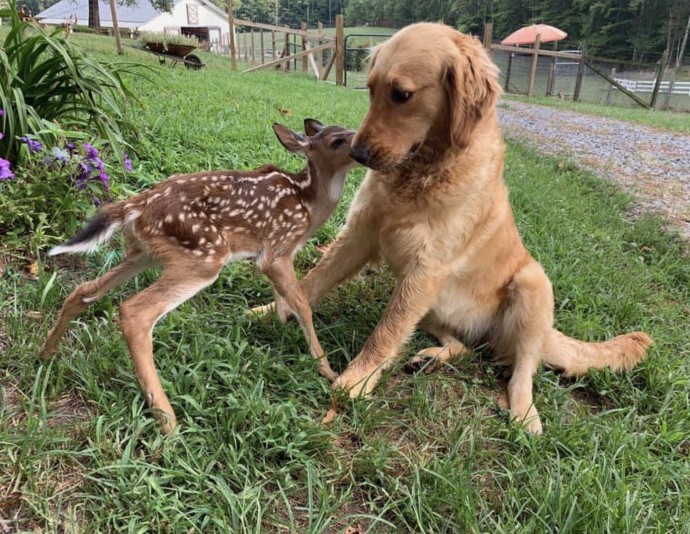 Since fawns are naturally quite evasive and shy, this demonstration of affection really is quite something. The dog shouldn’t look as confused but rather should feel special that the deer wants to be friends.

Of course, this whole adorable interaction was captured on camera and then later uploaded to Reddit where it quickly went viral.

Others were quick to point out that the dog looked half concerned for his safety:

And still, there were even others who were happy to see something so pure and innocent making the rounds on the internet: