Lisa Pacolay has never regretted adopting Meesha, a 10-year-old rescue dog with so much love to give. But the Pittsburgh woman isn’t the only one who benefits from the shelter pup’s affections. Pacolay recently noticed that her social pup has also befriended a local deer.

Dogs and deer don’t usually get along, which makes this odd couple’s unusual friendship especially striking. But Meesha and her friend don’t seem to know (or care) that their respective species don’t often associate. And apparently, their adorable bond has only grown stronger of late. 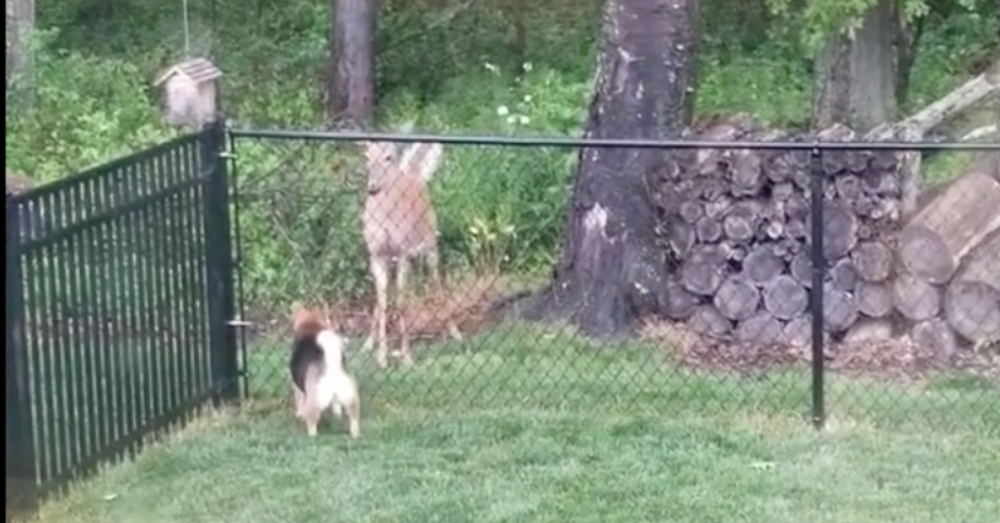 According to Pacolay, the friendly deer started visiting whenever her dogs were playing in the yard. Once upon a time, the deer visited once daily, but now s/he stops by throughout the day to play with Meesha, her favorite rescued canine.

“We can’t always see her when we let them out, but within a minute or so she appears,” Pacolay told KDKA. “When we bring the dogs back in, she will sometimes circle our house a time or two, so it seems like she is looking for the dogs still.” 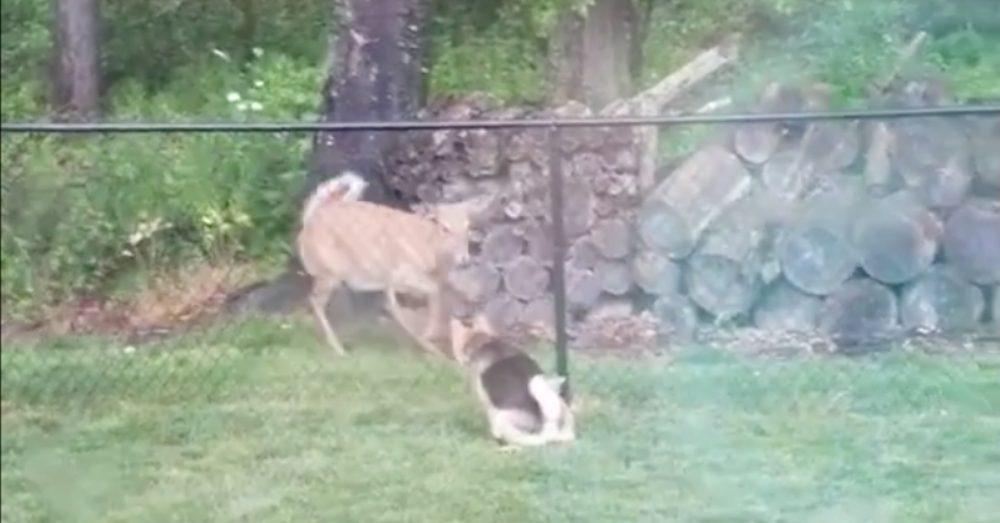 Luckily for us, Pacolay also posted this adorable video onto Facebook, where it promptly caused users to swoon. The cute clip, which you can watch below, captures the rescued dog and her deer BFF playing peek-a-boo and chasing each other from opposite sides of the fence. This is exactly the type of cute buddy story the world needs right now!

Has your dog or cat ever befriended an unlikely playmate? Tell us about it in the comments!

Check out Meesha and her new deer BFF in the video below!

Day 2 and I'm still in awe of this relationship. I've never seen anything like this ever. Note: if the video gets really grainy when it's uploaded, let me know and I'll upload to YouTube instead.