Dogs might be man’s best friend, but some humans do not deserve their love and loyalty. The poor innocent canines are often victims of despicable human violence. Those cases are featured on the news, and it’s sickening to see humans do it mercilessly. It’s as if they have no conscience and what’s important is that they have the upper hand. How could they ever stomach that? How can they still sleep at night after hurting such amazing creatures?

In many cases, the victim usually does not survive — especially if harm was inflicted multiple times. It isn’t just the beating that makes animal cruelty a despicable case; it’s the thought that a dog’s life had to end at the hands of a horrible person. Sadly, even the sweetest dogs became a target, but Millie survived — she is one strong canine. What happened to Millie was too heartbreaking since she did not harm anyone. Her story was featured on ITV’s This Morning.

‘She’s enjoying life, she has a good quality of life.’

Millie was found dying on the streets by animal activists, but @drscottym claims the decision not to put her down was for the best 🐶 #ThisMorning pic.twitter.com/dUVn0O8hIr

According to reports, Millie was beaten up by a group of children when she was just a puppy. The kids were so violent that it reached the point where Millie’s face was severely smashed. To make matters worse, the children even shot her in the face several times. Millie amazingly survived the damages inflicted upon her. However, severe physical changes were evident on Millie’s face. She has blunt trauma on her nose, which made her lose her snout. Moreover, the two bullets remained in her head, and one of her eyes had to be removed. 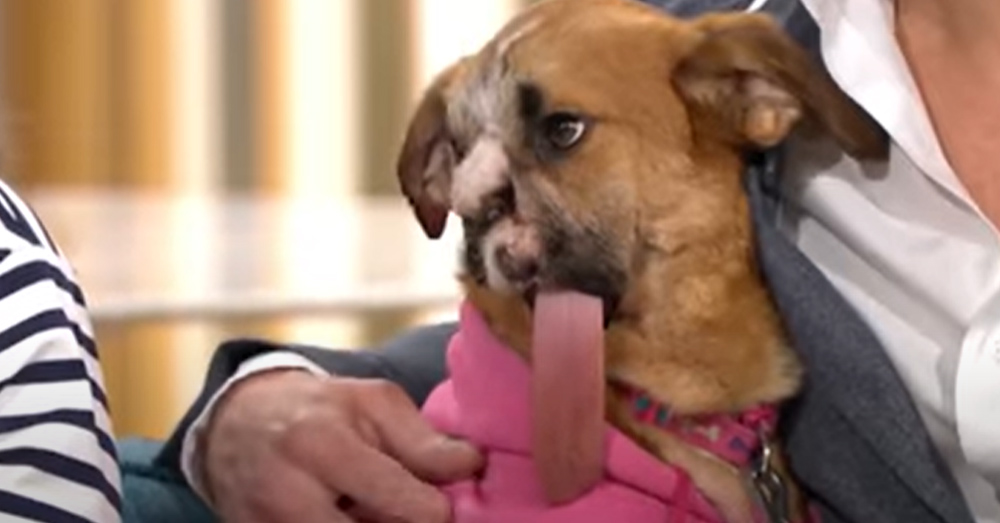 Millie’s story reached the people’s hearts across the country and abroad. This Morning tweeted a snippet of Millie’s appearance on their show with the caption, “She’s enjoying life. She has a good quality of life.” Also, in the caption, it was explained that Millie was found by animal activists. A fundraising event for Millie helped the dog be transferred to the UK by the Wild at Heart Foundation. The poor dog was on the verge of dying, but the vet who attended to her, Dr. Scott Miller, knew there was still hope for Millie. Many people shared their sentiments by replying to the tweet — all heartbroken by the story yet happy to see Millie alive.

Having to experience extreme violence at such a young age is truly traumatizing. Nevertheless, Millie showed great recovery signs and stayed one of the sweetest pups. She is now under the care of Kasey Carlin. Millie had won Kasey’s heart since the woman first saw her. Kasey came in contact with the shelter in Russia and spoke to Irina with the help of Google translate.

“In less than three weeks, her Russian shelter had raised the transport fees, while I fundraised in the UK and in partnership with my charity Wild at Heart Foundation. In less than a week, we had raised the funds to get her the specialist care she needed that would give her the life-changing surgery she desperately needed,” Kasey shared.

It’s great to see that Millie has found the right family for her. She lives the best life with her other dog siblings, Mishka and Maggie. After all that she’s been through, Millie deserves to be provided with nothing but the best. She is now an inspiration and advocate for mistreated dogs.

Here’s the video from This Morning’s interview with Kasey Carlin and Dr. Scott Miller. Let this be a reminder that animal cruelty shouldn’t be tolerated and must be kept punishable at all costs. No dog ever deserves the horrifying incident Millie went through.