This Rescue Dog May Have Lost An Eye, But He Gained An Amazing Friend!

Alicia Wishart decided to visit her local shelter one day on a whim, but had no idea she would be bringing home who would become her furry best friend. She first laid eyes on Beans in November 2009, and it was love at first sight. 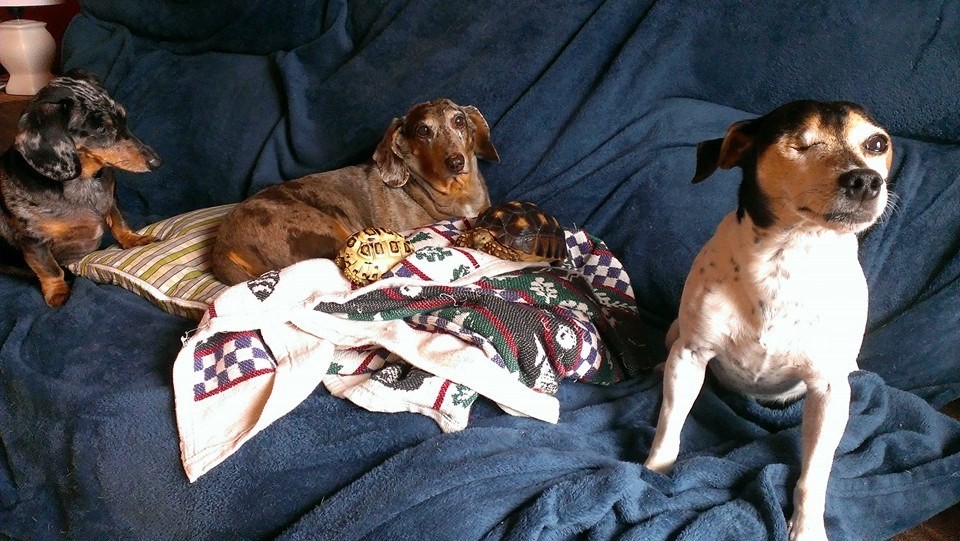 Beans now lives in Ontario, Canada with her pawrents, and her adopted siblings, two Dachshunds named Bailey and Molly. But Molly wasn’t always so fond of Beans. One day they got into a scuffle and Beans got a small cut under his eye. Unfortunately, it wound up injuring her retina. She had to sadly get her eye removed after it ruptured, causing her to go blind. 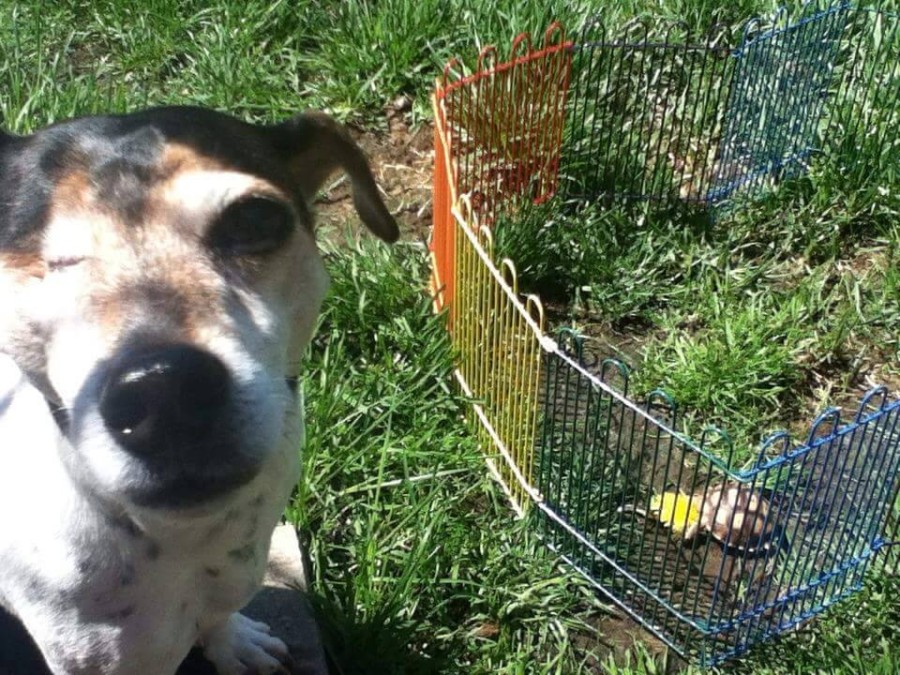 A month later, Wishart attended a reptile expo, where she was selling her art. There, she saw a sulcata tortoise named Waffles, and knew she had to take him home. Beans took an immediate liking to Waffles, but Wishart kept them separated for Waffles’ safety since he was so tiny. 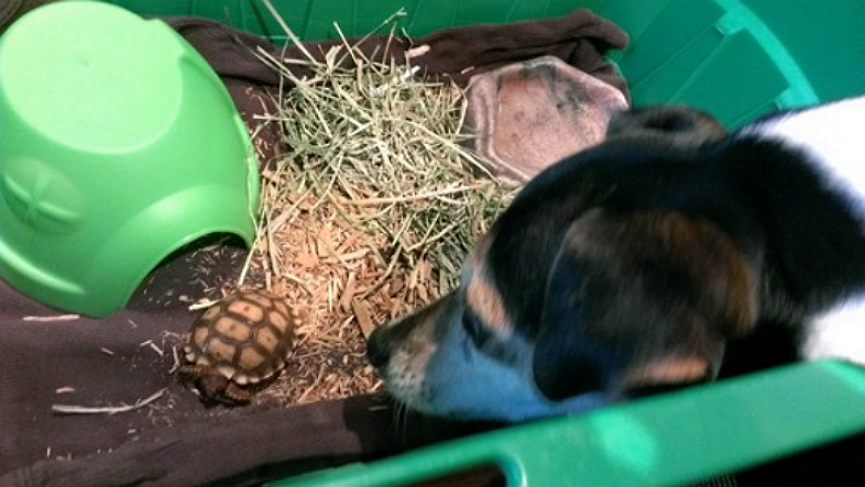 “One day, I was getting out of the shower and Beans came trotting in with what I thought was a pinecone in her mouth,” Wishart told The Dodo. “She placed it on the floor and it turned out to be Waffles. I lost my mind and freaked out that he would be injured, but he wasn’t. Beans went into Waffles’ pen, picked him up and brought him to me because she wanted to play with him.” 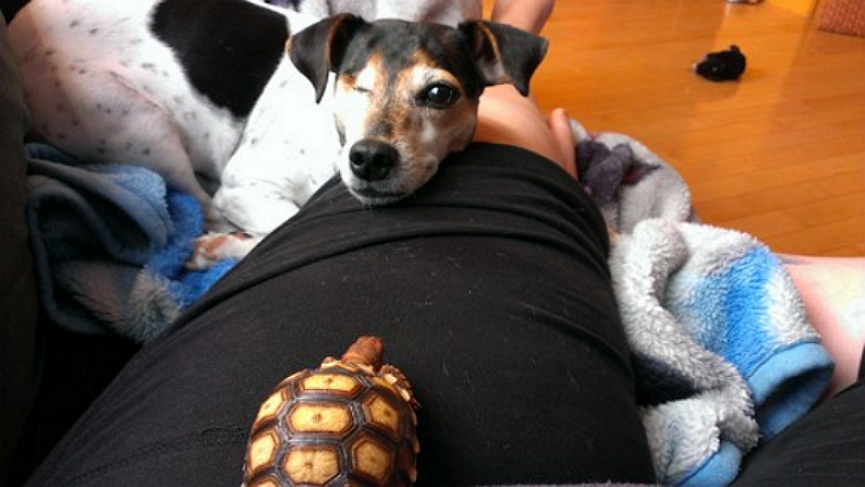 From that point on, Wishart allowed Beans to be around Waffles more often, under close supervision of course! Waffles wasn’t afraid of Beans, and Beans turned out to be very gentle with Waffles. This was just the beginning of a beautiful friendship! 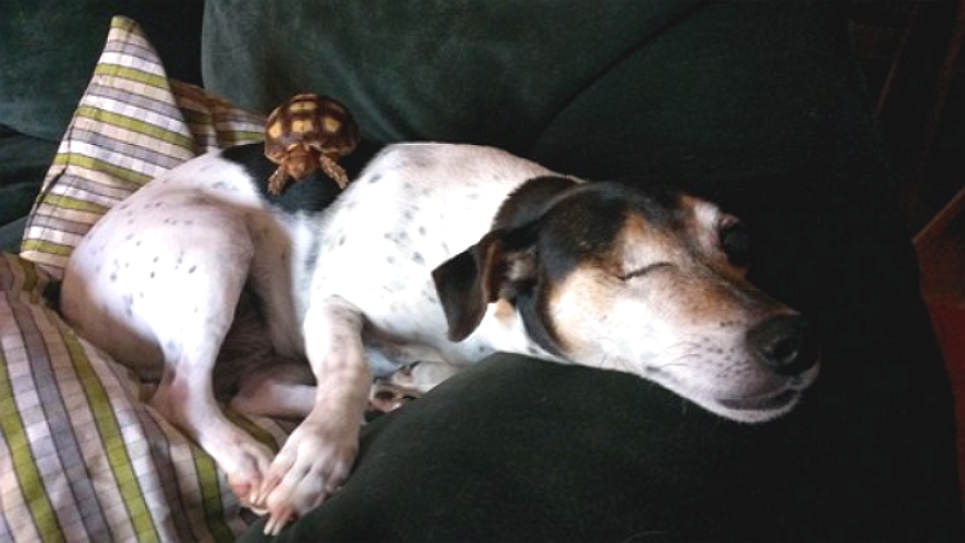 They snack on salad together, nap together and enjoy lots of cuddles. When Waffles was still little, he would lie on top of Beans while they slept. 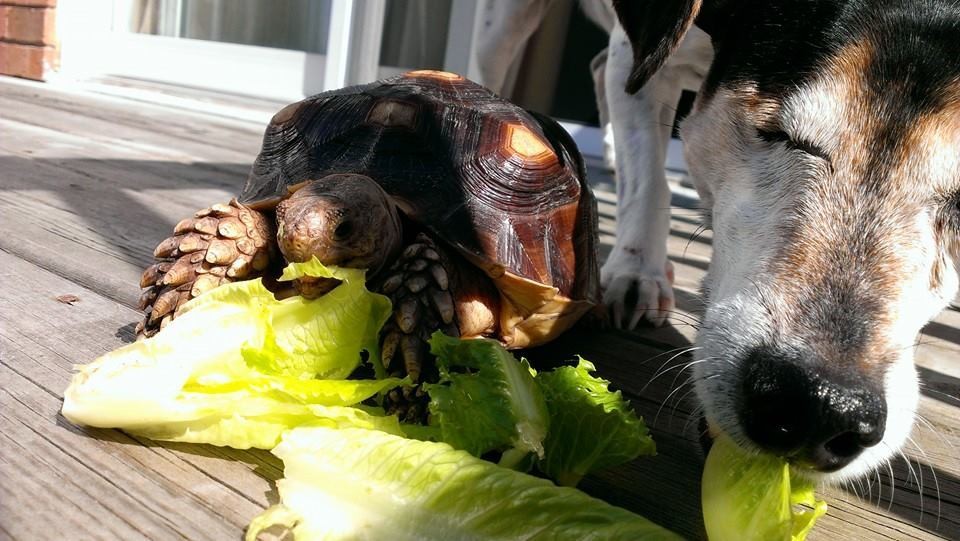 Now, at three years old, Waffles has grown and can’t fit on ten-year-old Beans anymore, but their bond is as strong as ever. 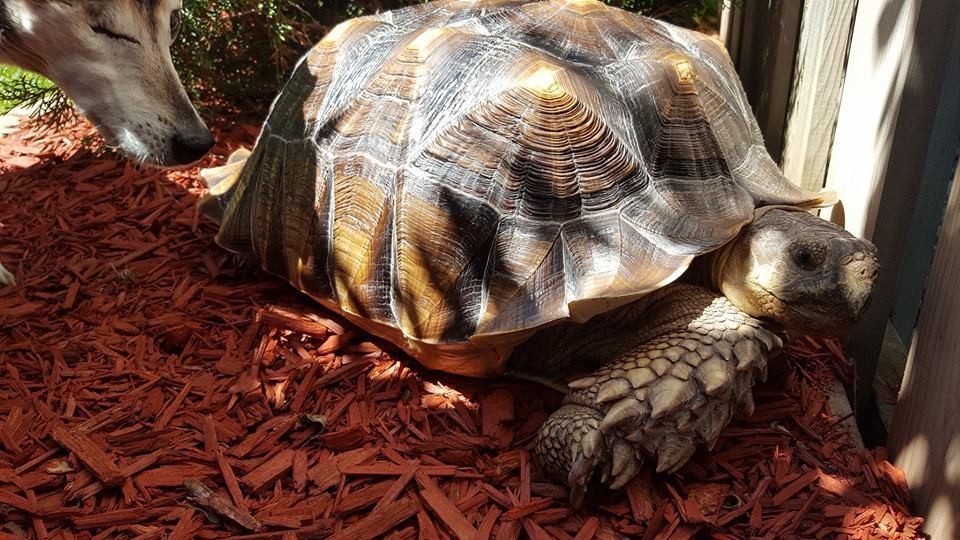 Wishart says their favorite activities to do together are relaxing in the sun in the backyard and eating dandelion together. 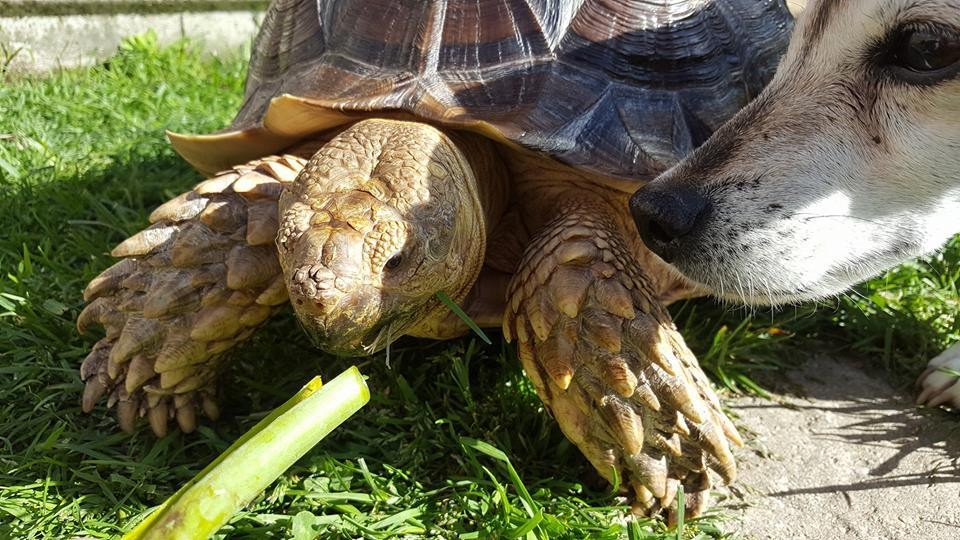 “My Dachshunds have no interest in Waffles and usually get out of his way when he comes near,” WIshart said. “But to Beans, he’s just another dog like her.” 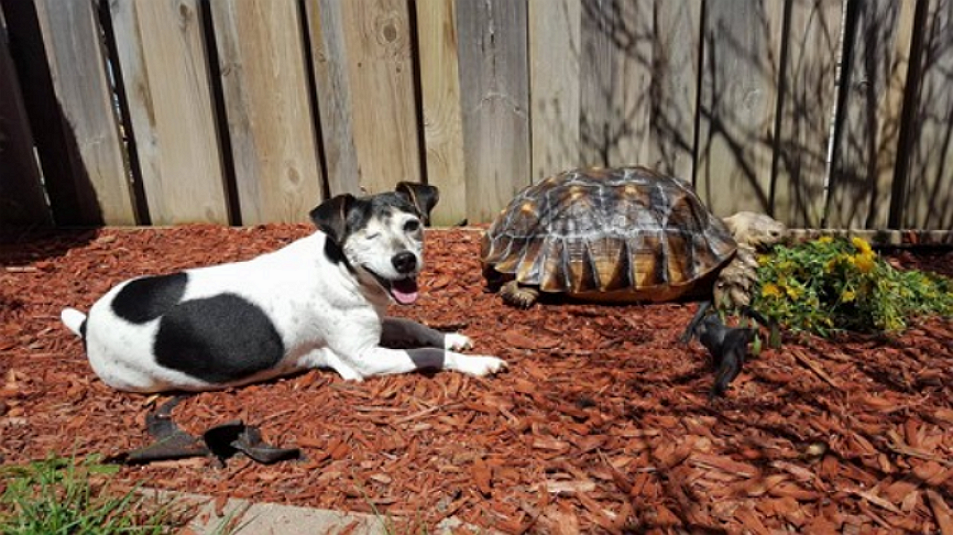