Animals can feel loss just as much as us humans. So, two years ago when George the dog lost his best friend, Blackie the Lab, it’s no small wonder that he sunk into a deep depression.

It was a very hard loss to cope with for George, and everything just seemed to be getting worse. His sadness had turned into a crippling loneliness and anxiety, which left him unwilling to eat. It got dangerous too, to the point of near starvation! 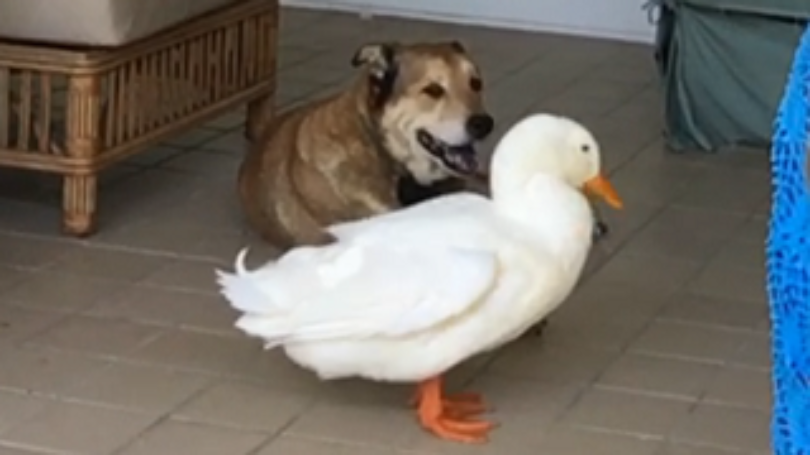 Without Blackie, George turned into an anti-social dog. He stopped enjoying being around other people and animals. But a ray of hope soon entered his life in the most unlikely form: a duck.

Absolutely amazing that one duck could save a dog from his broken heart. George’s owner says she’s so thrilled that he’s finally found happiness again thanks to his new friend – and we are too!