Dog Adopts Orphaned Giraffe And Refuses To Leave His Side

Founded in 2012, The Rhino Orphanage seeks to provide a safe haven for baby rhinos who’ve lost their parents in South Africa’s poaching epidemic, which – despite hosting 80 percent of the world’s dwindling rhino population – still claims 1,000 of these endangered animals every year.

But eve though their work focuses on rescuing and rehabilitating orphaned rhinos, The Rhino Orphanage doesn’t their back on other orphaned species in need. This collective goodwill was on full display when the group first met Jazz, an abandoned baby giraffe. 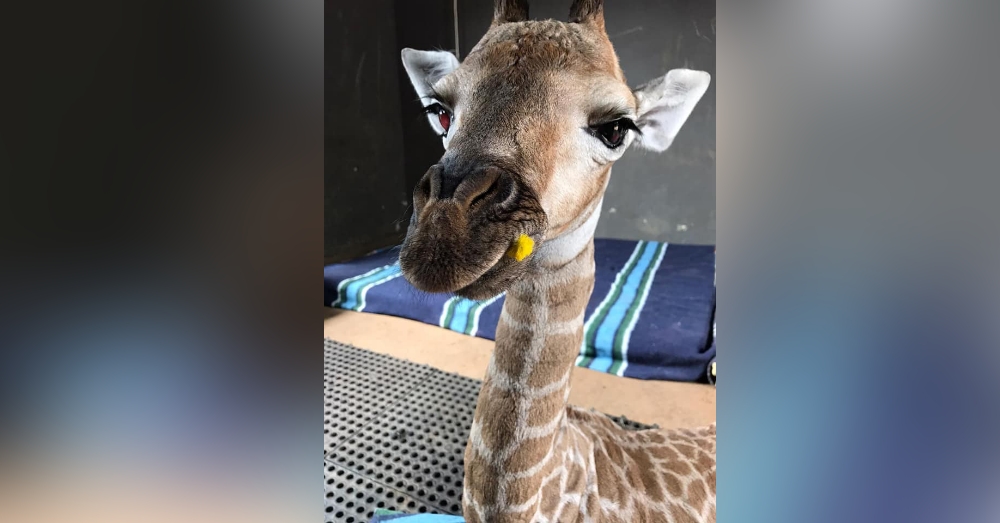 Rescuers was first alerted to the orphan in need by a landowner who’d found the motherless calf on his property. “Very dehydrated and weak it was evident that the little one was only about 2 – 3 days old,” rescuers wrote in a Facebook post titled “New Arrival of a Different Kind.” “The owner has no idea why mom left him behind and we are hoping that there is nothing internally wrong with the little one.” 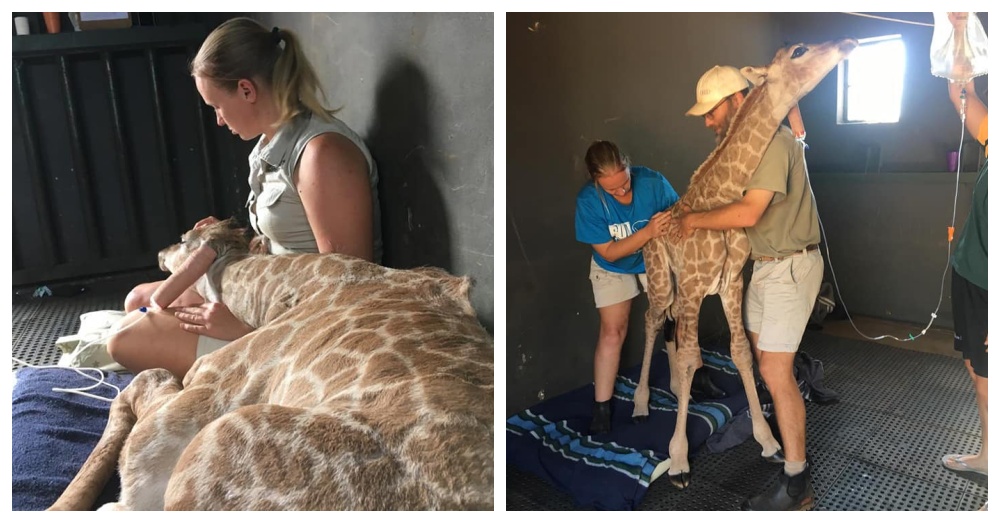 Rescuers quickly hooked the little giraffe to an IV catheter and drip to administer food and water. “The baby was very comatose for the first 18 hours but started showing signs of waking up,” they wrote. After the IV drip started to kick in, the baby giraffe started to regain his strength. 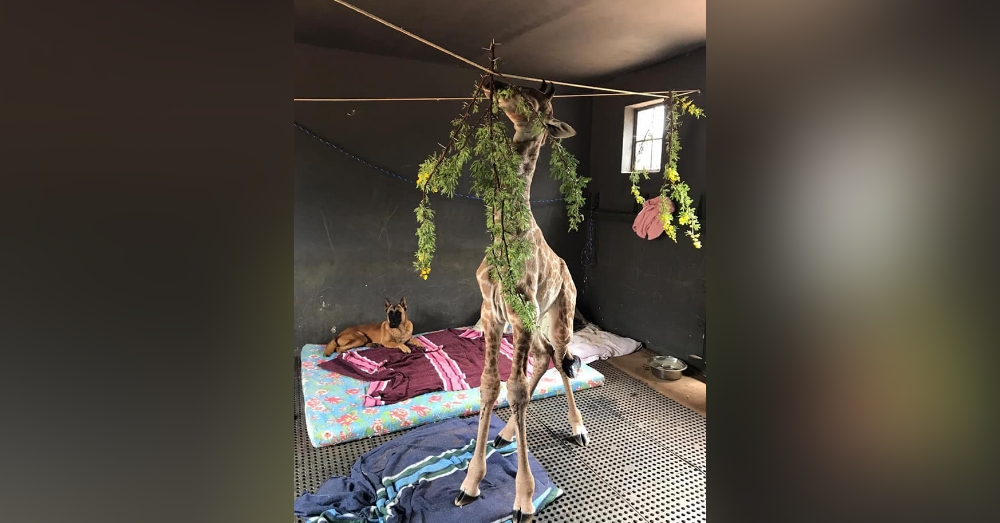 “He managed to stand up a few times with the help of our [caregivers] and walked around this evening on very unsure legs,” rescuers wrote. However, getting Jazz to eat would be another challenge.

“Baby giraffes are notorious for being labor intensive and difficult to get on a bottle,” they wrote. Jazz was no different, nor did the baby’s sheer height (approximately 5’9” inches) help. Even so, rescuers alluded to having “a few tricks up our sleeves.” 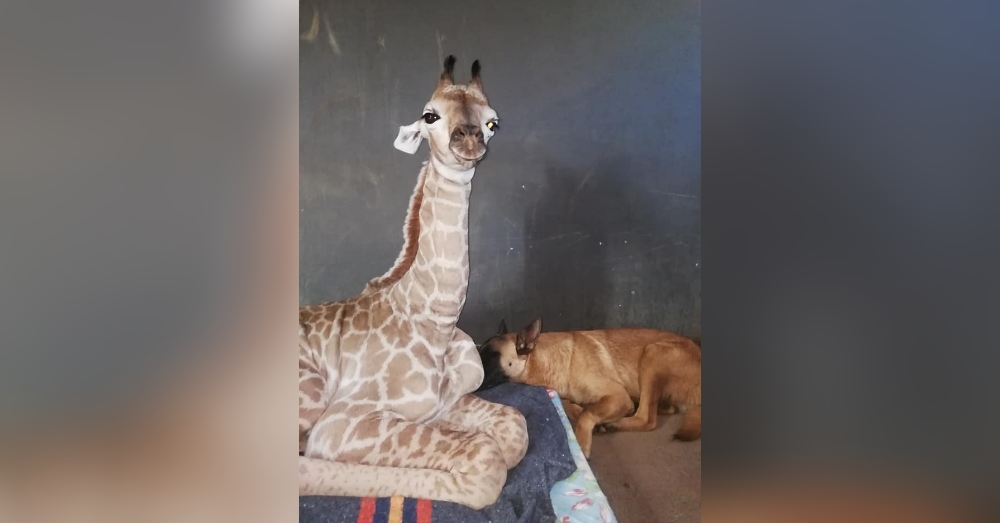 One of those tricks was the group’s resident guard dog, Hunter, who felt instantly protective of this newest orphan in his care. “Our anti-poaching and security dog, Hunter has fallen head over heals for the little giraffe and has claimed ownership since Jazz’s arrival,” rescuers wrote. In addition to comforting the baby giraffe 24/7, Hunter is so serious about keeping the baby giraffe safe that he won’t even let his own dog brother, Duke, enter the treatment room. 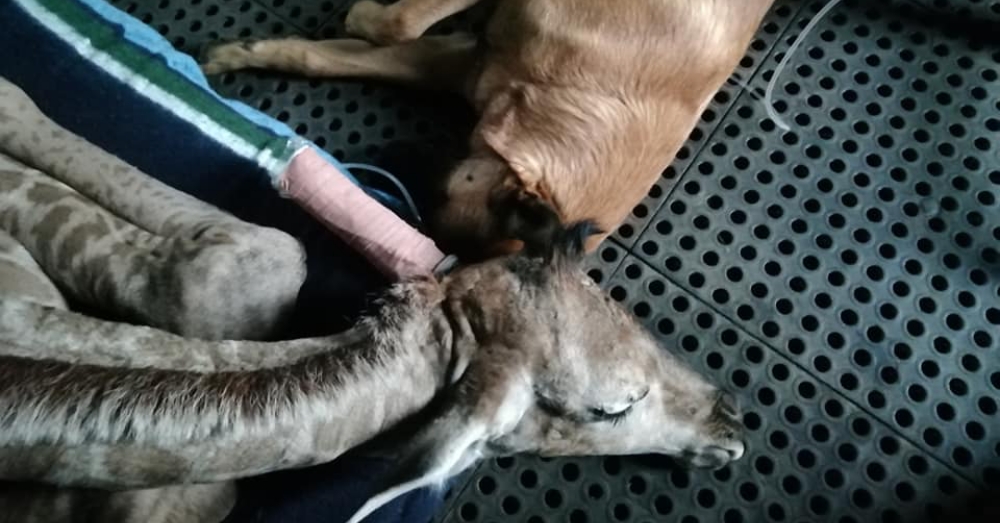 “So concerned was Hunter about Jazz when he was in a coma that he did not want to eat,” rescuers wrote. “Now that baby is doing better Hunter has his appetite back too. What a special animal he is and so proud to have him on our team.”

You can find out more about Jazz’s progress by following The Rhino Orphanage on Facebook. And don’t miss this adorable video of Jazz and his new canine BFF in the video below!