Why do people think that it’s ok to abandon a pet? It’s horrible enough that people don’t want to honor the commitment they made to care for their pet for the entirety of its life, but to then dump them is just a whole other level of cruel. Why can’t they just surrender them to an animal shelter or rescue and give their pet the respect they deserve?

While most of these horrible owners never get the justice owed to them, karma did come for one woman in Screven County, Georgia, who was captured on camera discarding her dog at a trash collection site. She was later identified, meaning that authorities were able to arrest and charge her with Cruelty to Animals and Abandoning a Domesticated Animal.

In the shocking footage, the woman’s truck can be seen pulling up just short of a dumpster. Then, a woman gets out from the truck, pulls down the tailgate, and is seen dragging a dog crate over to the dumpster before getting back in her car and driving away. The sad part is that poor dog was so scared and confused – it’s heartbreaking! 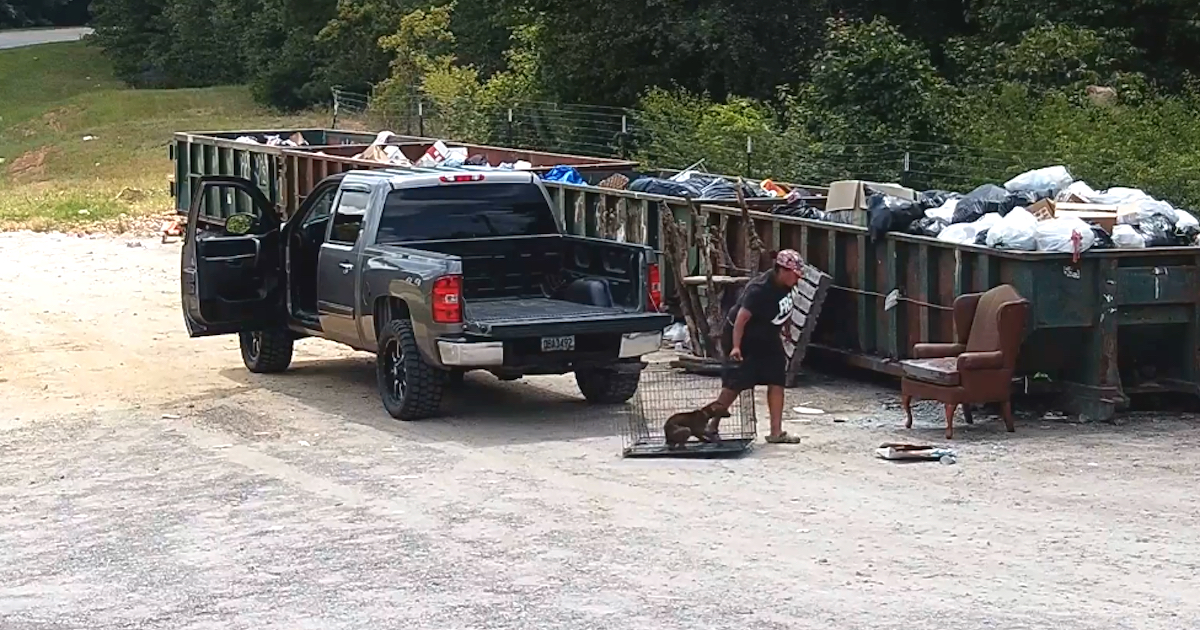 The Screven County Animal Control reached out to law enforcement and had the help of the Screven County Sheriff’s Office in identifying the woman responsible. After an investigation, the trail led to the arrest of 30-year-old Jacquelyn Symone Roberts from Sylvania, Georgia. Roberts made bail and is now pending court processes.

On the official Facebook page of the Screven County Sheriff’s Office, it was noted that the dog who was rescued is being well-cared for while he searches for his forever home. Sheriff Mike Kile was sure to remind people that there is never a good reason to abandon an unwanted pet.

As Kile shared with WTOC, there are always options, and while Roberts had plenty of opportunities to do the right thing she didn’t, to which Kile said, “Why? Lord only knows. But there’s no sense in an animal suffering like that animal has suffered.”

Hopefully, the rescued pooch finds a loving, forever home that will treat him with the care, respect, and compassion that he deserves. And for the rest of us, let’s always do the right thing and never abandon a pet.