Someone discovered a dog who was locked in a boiling hot car in a movie theater parking lot in Georgia. They immediately called 911 and Roswell police officers arrived at the scene right away.

It was 89 degrees outside that day and extremely humid, but despite all of the windows being cracked, it was 167 degrees inside the car. The dog was already inside the car for an hour at that point. To make matters worse, the car was parked right in the direct sunshine with no shade. Many people think leaving windows cracked open is enough air flow, but that doesn’t stop the car from becoming scorching hot inside. 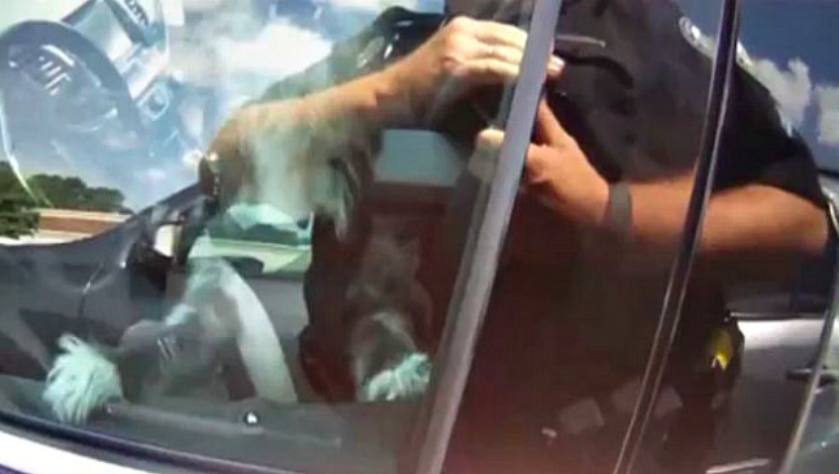 The officers were thankfully able to free the dog rather quickly, but then discovered a second dog inside. Both of the dogs were overheated and out of it after being rescued. Rescuers opened a fire hydrant to help cool off the dogs. Sadly, one of the dogs was so hot that he started seizing.

The police went inside the movie theater to search for the dogs’ owners, and sure enough, she was inside watching a movie with her family. 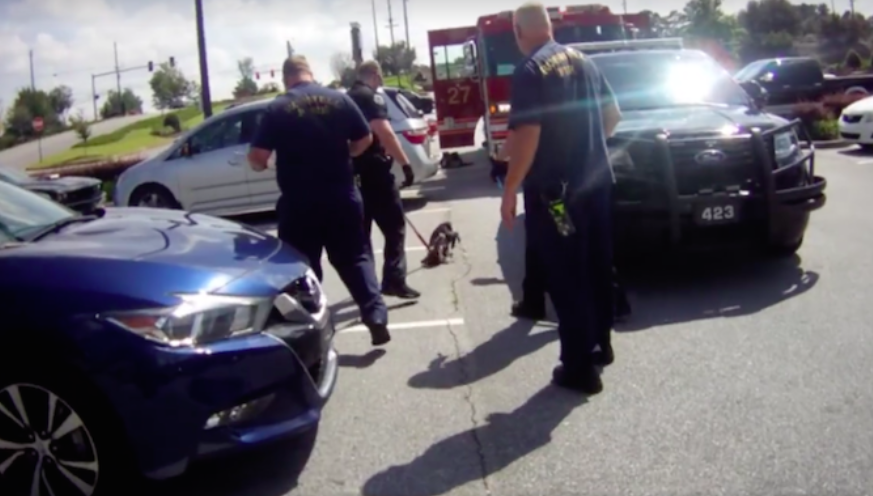 The dogs had very bad heat stroke, but they are now recovering at the Fulton County Animal Shelter. Their owner has been charged with animal cruelty.

The whole rescue was caught on camera by the officer’s body-cam. They released the video in an effort to raise awareness about the dangers of leaving pets inside cars on hot days. If you see a dog or any animal locked in a car, call 911 immediately. 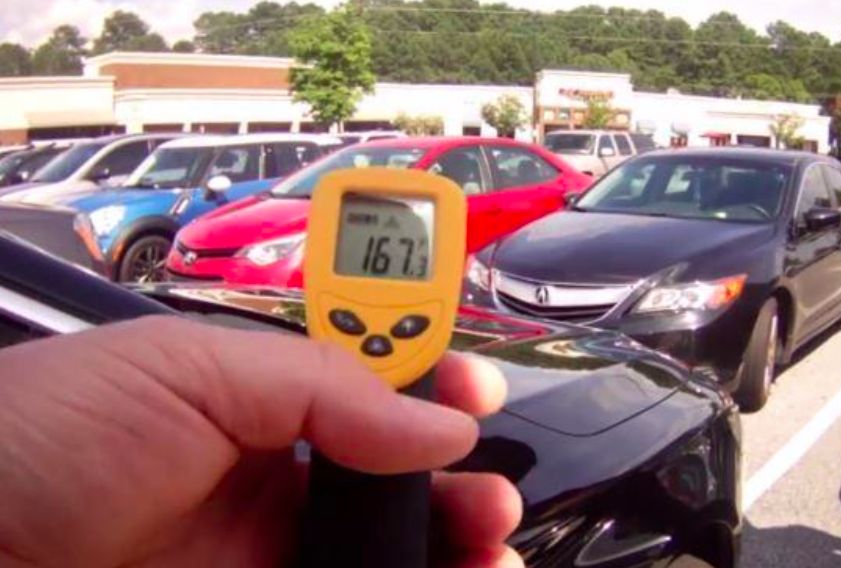