How Did These Officers Save A Doberman Running Across The Highway? With His Favorite Toy, Of Course

Massachusetts State Police stepped in to save a loose dog after receiving multiple calls about a Doberman pinscher darting amid traffic in both directions on dangerous and busy Interstate 291 Sunday morning.

Trooper Corey Brown, along with several other officers, responded.

“The Doberman came to a stop but then ran again down the left lane,” police said on Facebook. “With the help of Troopers Gelb and Greaney, traffic was slowed. “Trooper Brown caught up to the dog, threw him a stuffed animal out the cruiser window, and the dog went and grabbed it. When the dog grabbed the stuffed animal, Trooper Brown gave it commands to sit, and he did.

The officers located the dog’s owner near the highway. It turns out, he hadn’t run far from home, but he had almost gotten himself killed. 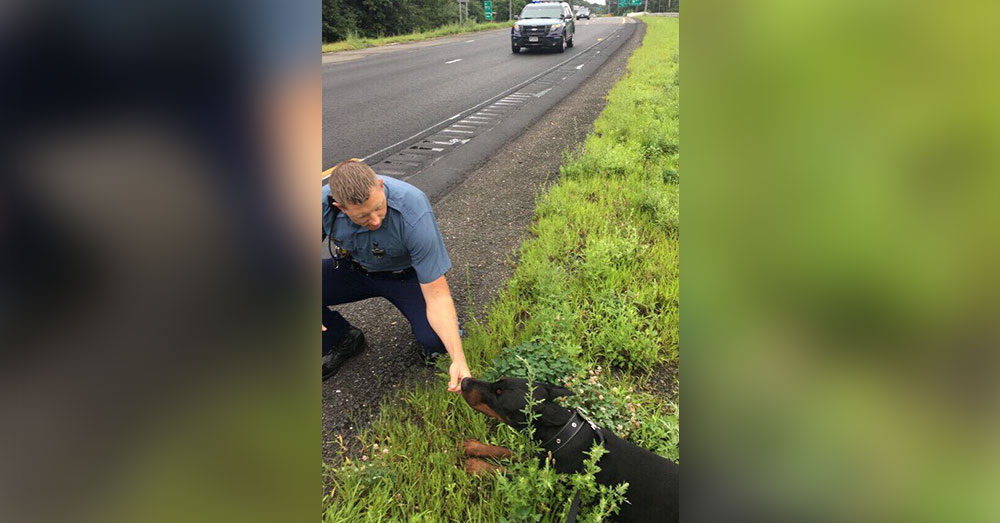 Source: Facebook/Massachusetts State Police
The dog was darting back and forth across the interstate.

Thankfully, Trooper Brown and his team were able to think creatively.

The Doberman may not realize it, but he’s got a lot of supportive fans on the internet, all happy he’s home safe.

“…most dobies are good dogs, don’t automatically be afraid of them. Glad they were able to get him back safely,” one commenter wrote.

“Great job by these caring officers. Dobermans are my favorite breed!
We have a gorgeous dobergirl right now and wish I could have 10 of them,” wrote another. 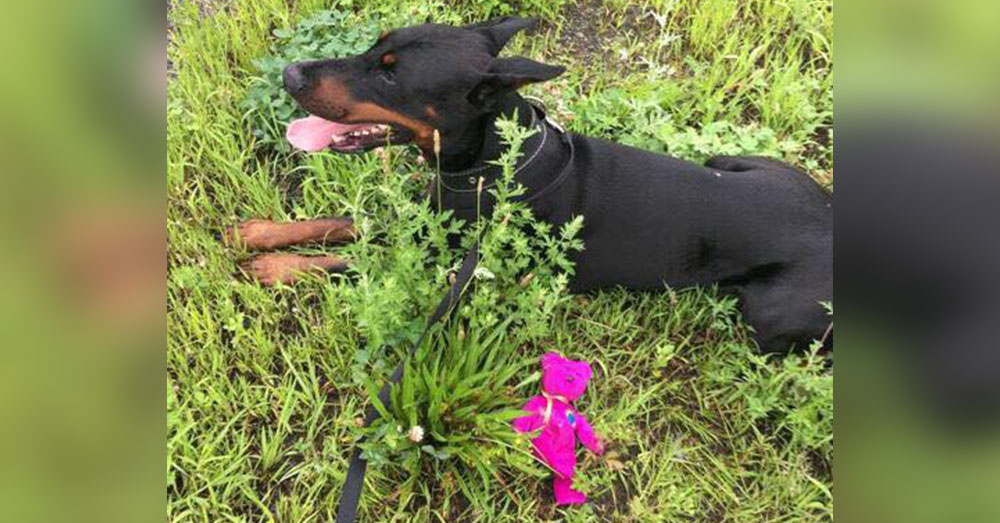 The image of the dog sitting happily by the stuffed animal has been shared by dog lovers and news outlets across the country, and hopefully will scroll past many more screens before he thinks of running away again.