When you have a pet at home, whether a cat or dog, it’s fun to involve them in everything. Their reaction to things can be entertaining, and you won’t be able to hold in your laughter. This comes from the curiosity of how they would react to a certain object — will they get scared, or would they play with it? For instance, bringing them in front of the mirror and seeing if they recognize themselves. One fun way of getting to know your pet is by pranks — not the kind that will traumatize them though. 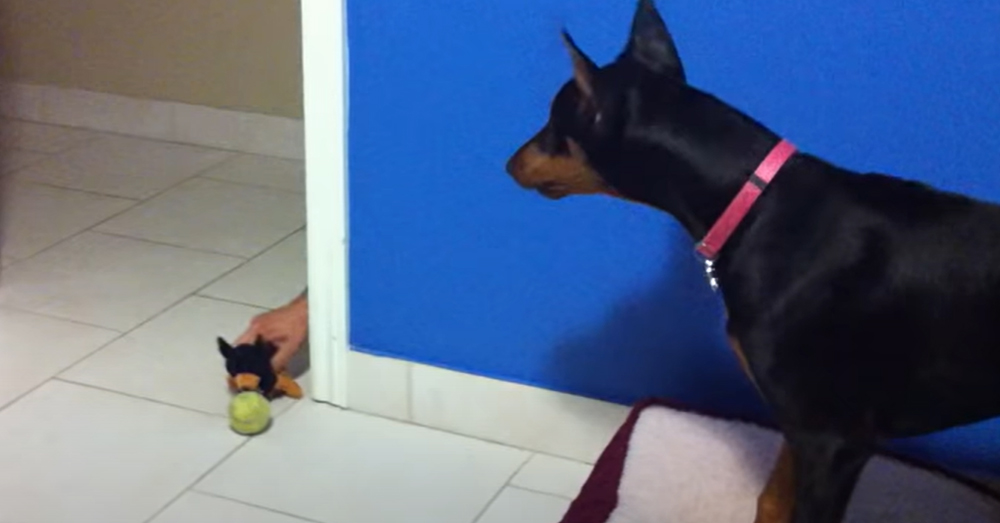 A dog dad has shared a video of his Doberman barking nonstop over a prank he did. The stunt was executed with the help of a small stuffed toy — which was also a Doberman. At the start of the video, Tessa was quietly playing with a ball inside a room when suddenly, a small toy dog entered. Her owner was hidden behind a wall while he controlled the tiny version of Tessa. It immediately caught the dog’s attention, and she barked at it. 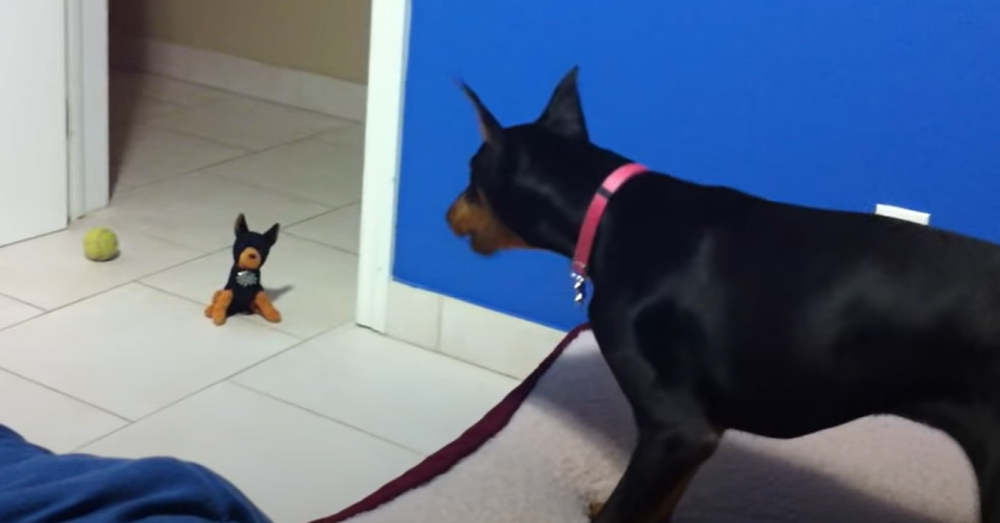 Tessa might have thought that a stranger dog had entered her territory, and it triggered her fight response. The prank did not stop there, because her dad also mimicked a dog’s bark. Tessa stepped back, but she did not stop barking. It continued on for about two minutes — Tessa did not even notice that the dog was fake. Her dad was there all along, laughing at how Tessa was scared of a small toy. Even though her dad entered the room and it was apparent that he controlled the toy, Tessa still went on. 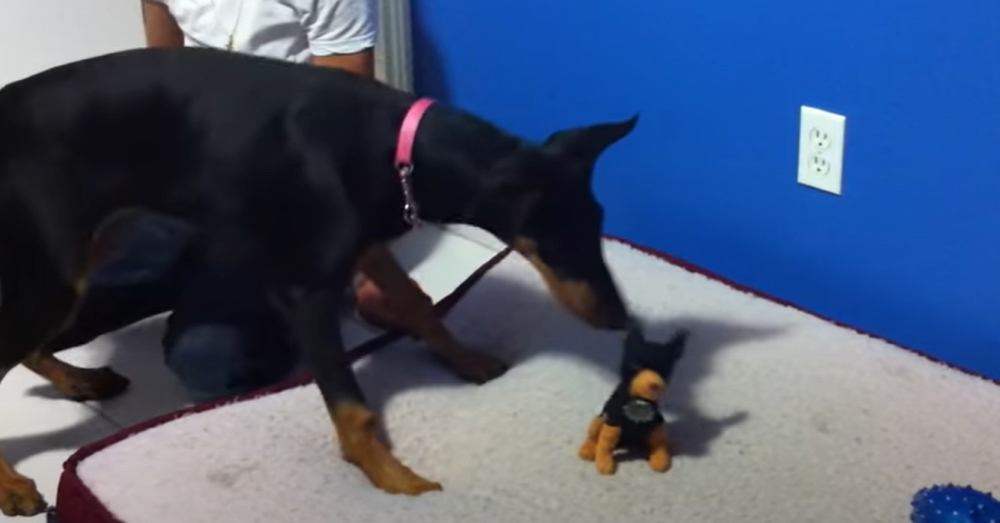 The female Doberman kept questioning the toy’s appearance even after her dad placed it on a bed. Tessa must have built a trust issue towards small dogs, and inanimate objects are no exception. The prank video was uploaded to Tessa’s Youtube channel, TessatheDobie Dobie. It currently has over 47 million views, 220k likes, and 12k comments. Watch the video below to have a good laugh and shower sweet Tessa with love in the comment section.