Man Rescues Humpback Whale Entangled In Nets But May Be Fined

The definition of a hero is someone who will risk their life to save a person or animal in need. That is what a man in Australia did, but he may be fined for it.

“Django”, as the rescuer wants to be called, was diving off the Gold Coast when he noticed a baby humpback whale entangled in shark nets.

He immediately leaped into action and said “adrenaline just sort of kicked in”. He didn’t wait for authorities to arrive and went to work freeing the whale. 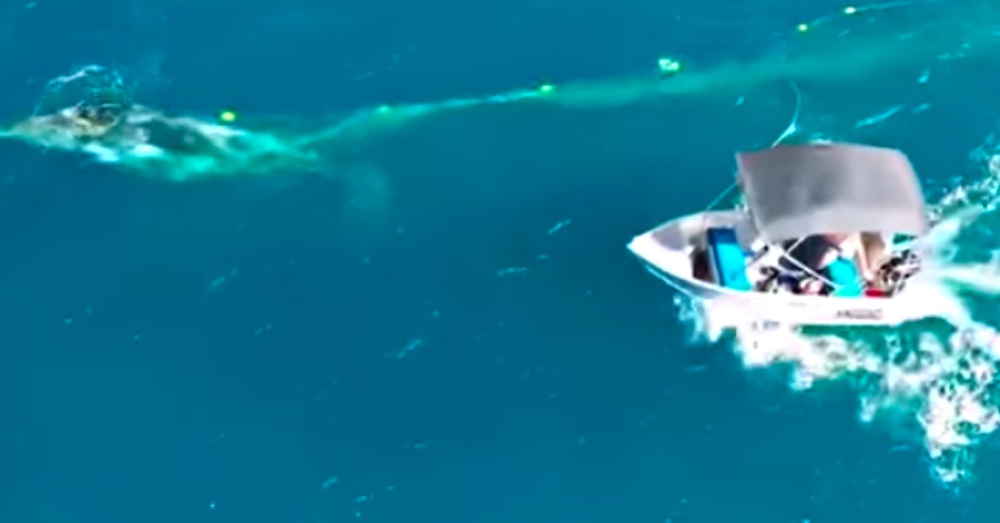 “Basically I just tried to untangle him,” he said. “He just had his pectoral fin sort of wrapped up and he was about eight to nine metres deep.” 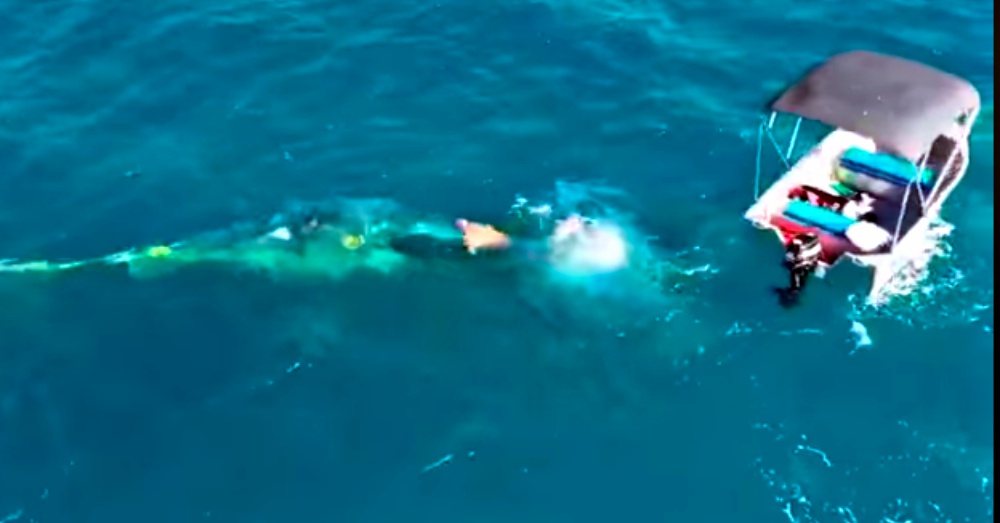 Django managed to free the baby whale and it swam off into the deep blue water. After returning to shore, he was met by fisheries inspectors who fined him.

Queensland Fisheries Minister Mark Furner said that Django had not yet been fined but an investigation was pending. “It is important that people allow the professionals to do their jobs in circumstances like this,” Mr Furner said. 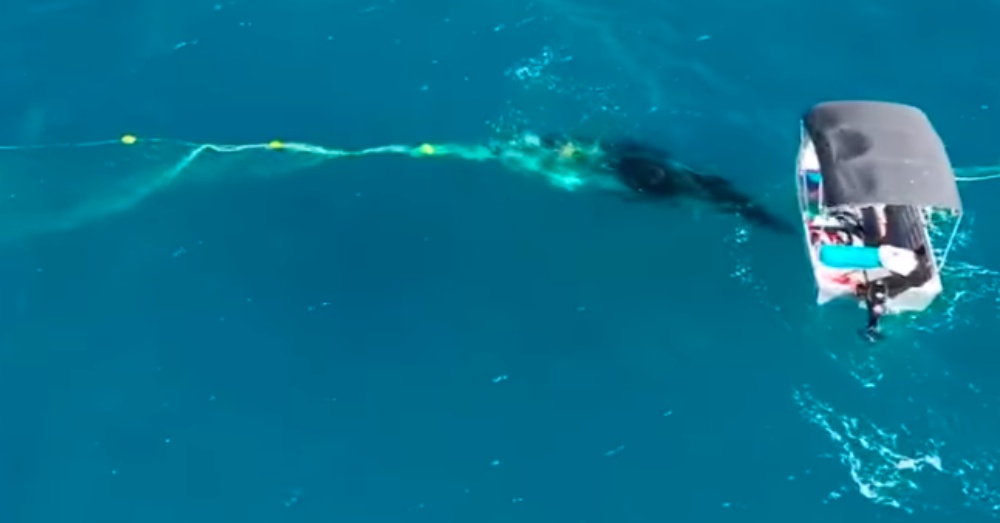 There is a maximum fine of $26,690 for destroying or tampering with equipment like the shark nets, reports ABC.

While Django did say he wouldn’t attempt another whale rescue, he felt he did the right thing in saving the baby humpback. “I just saw it and thought, ‘What are you going to do?'”

Alison Harris, who started a GoFundMe for Django posted an update she received from the hero, “We have just spoken to Django the LEGEND whale saver! He has confirmed that he will be receiving a $1300 fine via mail. He has been told that there is further investigations underway that will determine the extent of the full fine amount. The charges he is facing are tampering with shark nets & approaching a whale.” 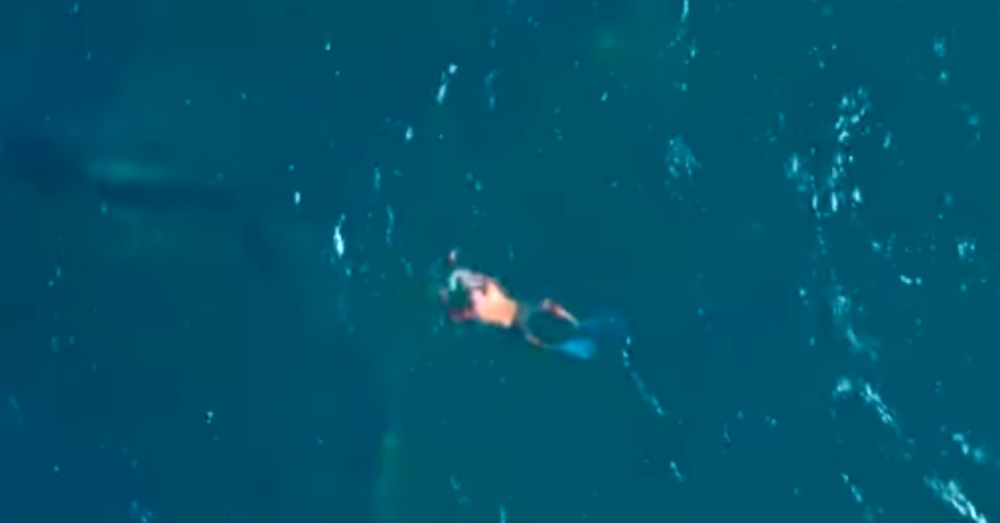 This wasn’t the first nor the last humpback whale to become entangled in the shark nets off the Gold Coast. Many believe the nets are a danger to other sea animals and Django said, “sharks just swim around them.”

The rescue story has gone viral and people are praising Django for his heroic efforts. “Great job! Looks like his tinny was drifting away pretty fast too, guy risked his life, legendary effort,” wrote one person. 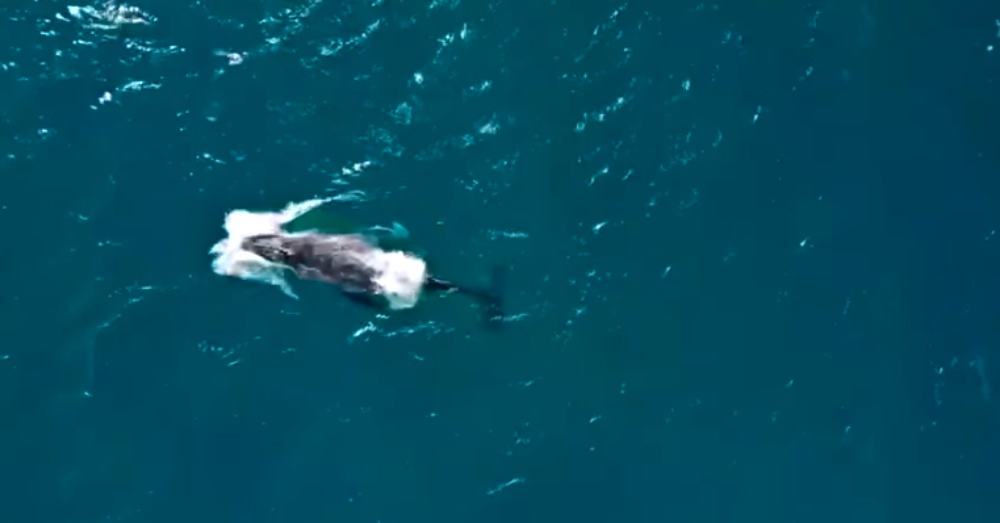 Others don’t see how he could be fined for saving the whale’s life. “Since when do you need permission to do the right thing saving a life? Who gives parliaments, councillors permission to set such ridiculous rules? Next thing you know you will be fined for jumping your neighbours fence to save their child drowning in their pool! Ridiculous fining such an act. Absolutely ridiculous,” wrote another.

The comment made by one man is what we are all thinking, “He deserves a medal. A fine would be outrageous.”

Watch the heroic rescue in the video below and don’t forget to share.