This Kitten Has Feline Down Syndrome, But His Protective Cat Sister Is Always Nearby To Help

Auggie and Calliope are only just kittens, but they’ve already been through so much together. The bonded pair were first spotted shivering outside of a Brooklyn building by neighbors, who called Infinite Hope Animal Rescue for help.

“It was after we caught them that we realized their faces look different,” rescuers told Love Meow. “The vet who examined them, said that it is a chromosomal abnormality — a feline version of Down Syndrome.” 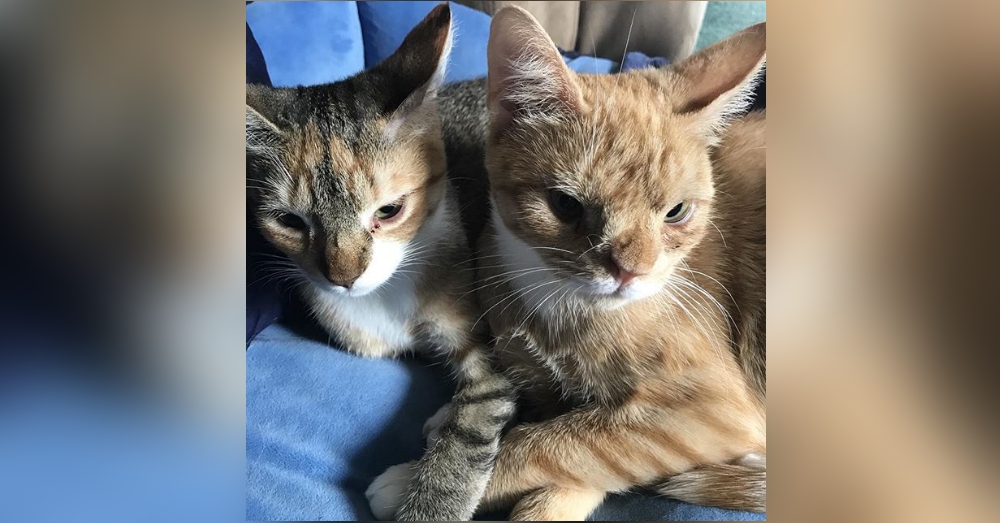 The little boy also suffered from a condition called entropion, which caused his eyelids to roll inwards, rubbing up against his eyes. Surgeons would eventually correct this condition, but the healthy kitten would always look out for her disabled cat brother, who counted on his braver, more outgoing sibling for comfort and guidance.

“He was a little more timid with people, and was definitely comforted by being with his sister,” rescuers said. Even after his surgery, the kitten’s protective big sister rarely left her brother’s side. 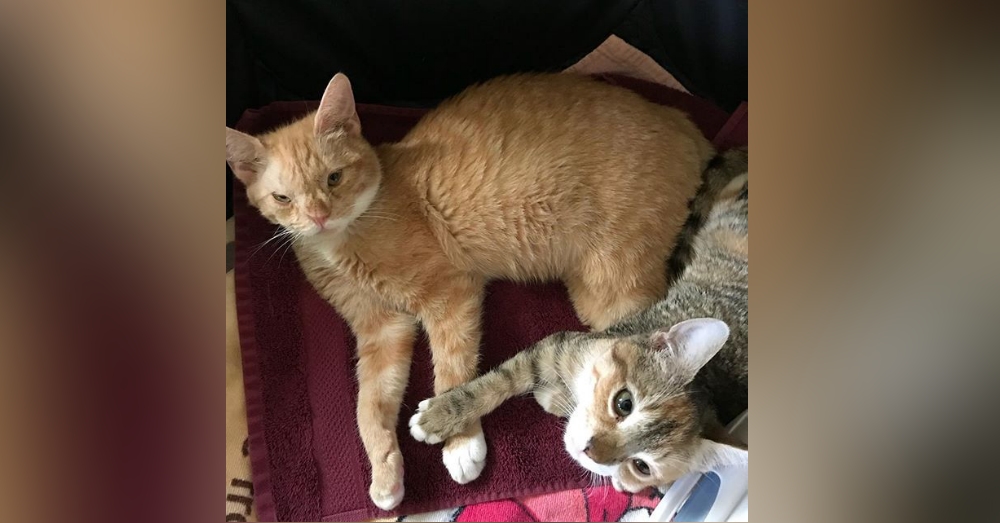 Around this time, a woman named Michelle Parson noticed the kittens on Petfinder and – although she wasn’t actively looking to adopt – found her thoughts drifting back to the siblings over the next couple of weeks. When her son nicknamed the orange tabby Auggie (after the 10-year-old boy with the facial deformity in the children’s book Wonder) Parson took it as a sign.

“I figured, since we had named them, I had to try at least to get them,” Michelle told Love Meow. “I researched and found a few other cats that had the same condition, and realized they had a great quality of life.” 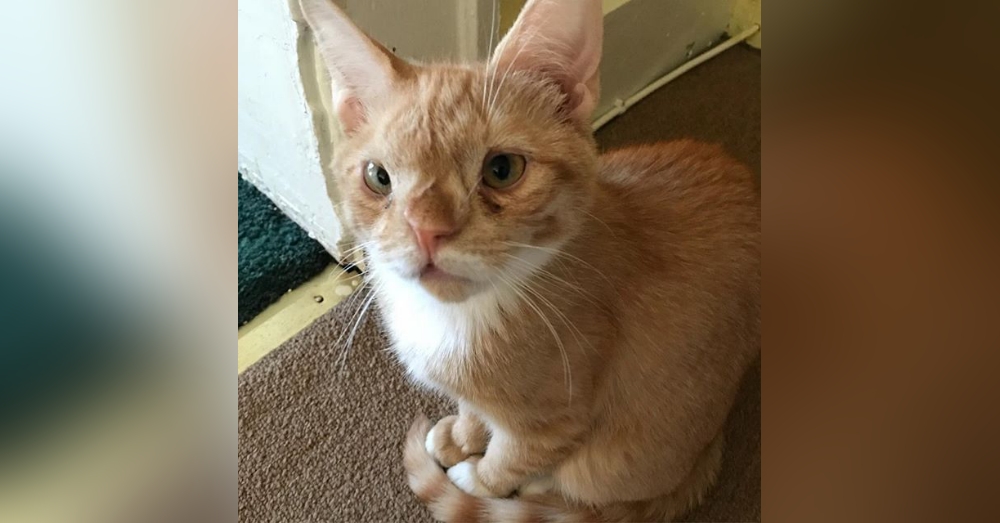 After learning about the kittens’ harrowing rescue story, Michelle was even more taken by the bonded pair. “I wanted to give them a loving home, so I sent in the application,” she said. “It was the best choice we ever made.” 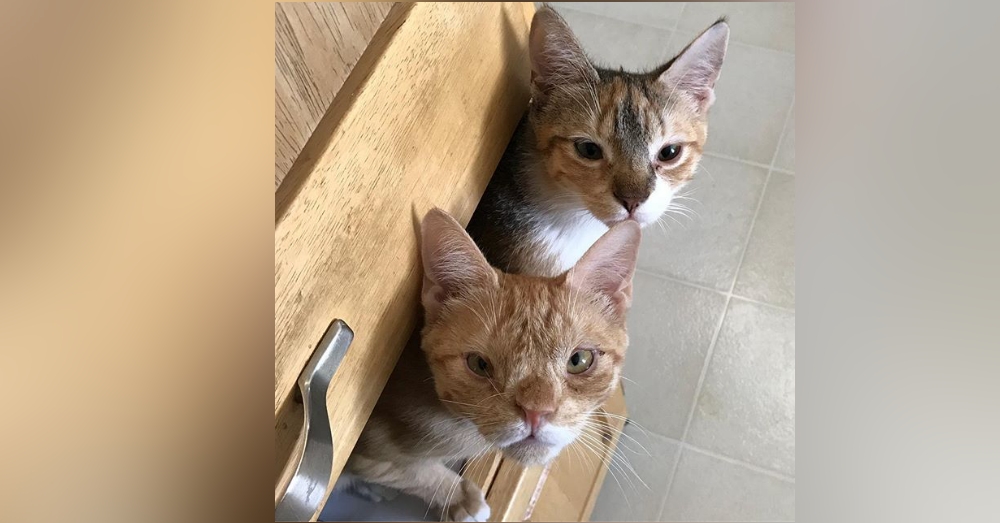 The siblings spent their first week at Michelle’s house in hiding, but finally the brave little girl — whom the family had taken to calling Calliope, like the Greek goddess and muse — ventured out to investigate their new surroundings.

“I can tell Calliope probably told Auggie to hold back, and she would check everything out first,” Michelle told Love Meow. Sure enough, once Calliope gave the all clear, her brother wasn’t far behind. 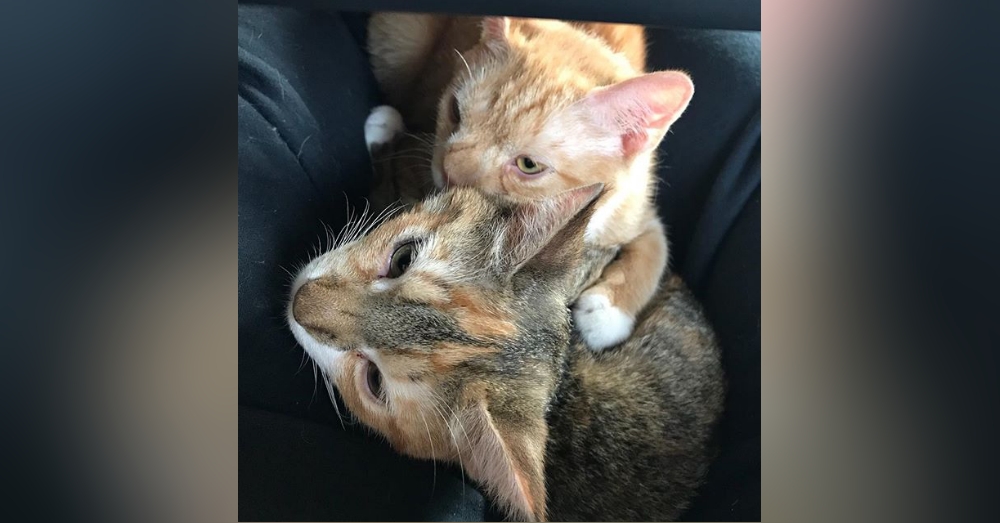 “When they finally started to come around, they spent a lot of time together,” their foster mom said. “They were barely far from each other. If one went into a room, the other was close to follow.”

The siblings have only become closer as they grow into playful and confident cats who love to cuddle, play, “talk,” and lovingly groom each together. Check out their heartwarming bond in the video below!