Police are investigating an animal abuse case where a woman in Brazil dumped her disabled dog on the side of the road and then sped off. The incident was captured on a surveillance video and immediately went viral when posted online.

The surveillance video showed the woman pulling up in her white car in São Leopoldo in Port Alegre. She stopped the car and opened the back passenger door. A black dog hopped out and she grabbed a white dog by the scruff of his neck and put him on the pavement next to the car. 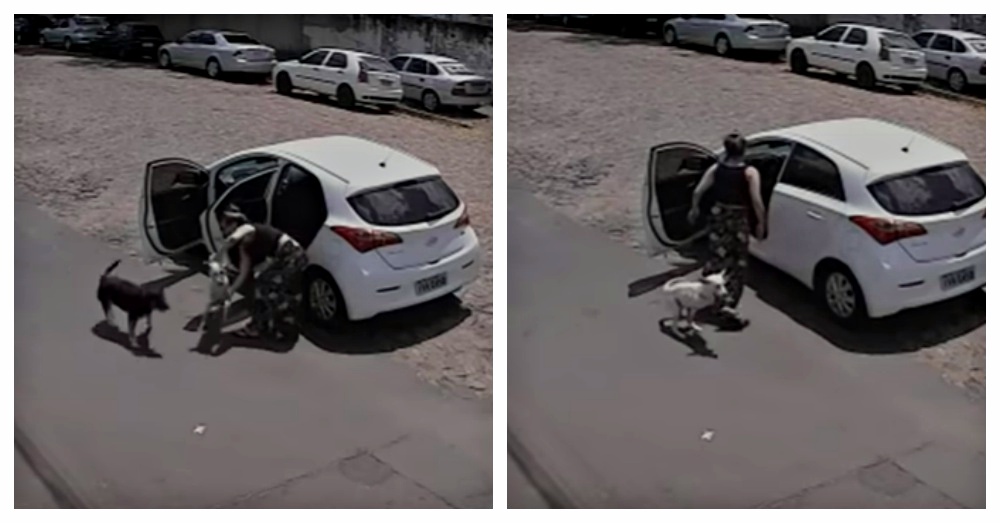 She then told the black dog to get back in the car and shut the back door. The white dog’s front legs are deformed and he is unable to use them. He hopped on his back legs to try and get back to the car, but the woman pushed him away from the car and the poor dog fell on his face. 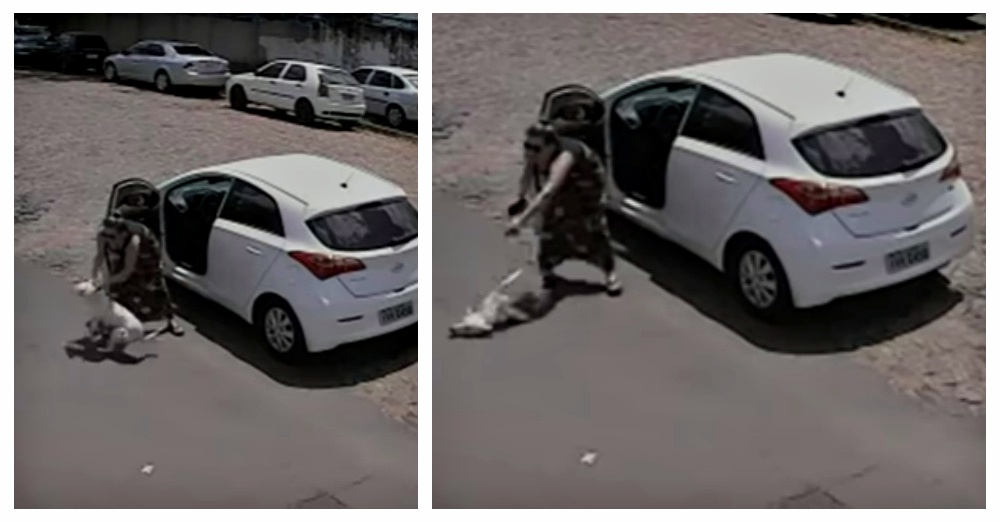 The woman returned to her car and sped off, leaving the handicapped dog hopping after the car. It turns out that the woman left the dog on the same street as her husband’s office. The husband found the dog wandering the street and took him to Secretariat of Animal Protection (Sempa). 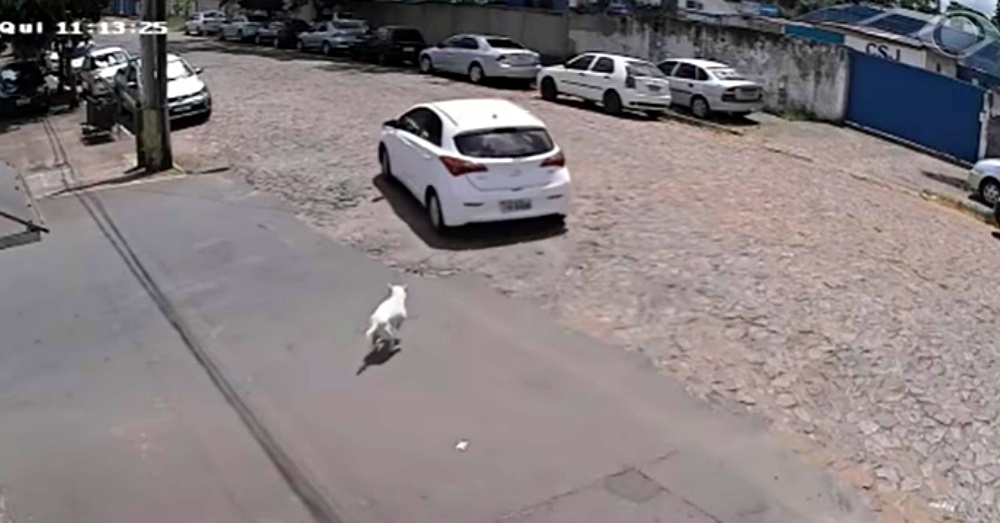 The dog named Tintin was abandoned for a second time in one day by his owners. The man told the shelter that he found the dog on the street, but failed to mention the dog was his.

Ana Paula Scherer, who has a dog without front legs named Berlin, posted the video on her Facebook page after she was contacted by the local shelter to see if it was her dog. The video has been viewed by over 13 million people, all calling for maximum punishment for the heartless woman. 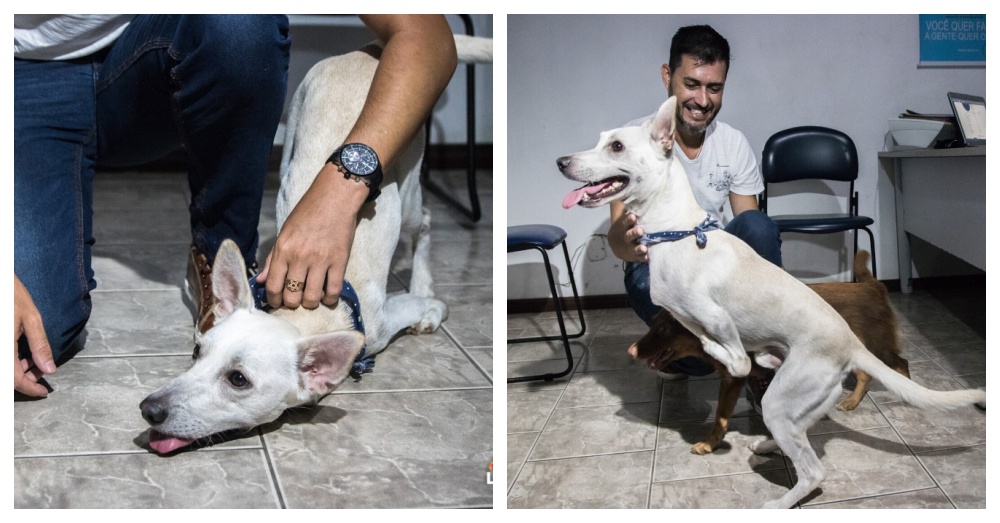 Secretary Anderson Ribeiro reassured people that anyone interested in adopting Tintin would go through a in-depth interview, home inspection and family history. They are not in any rush to find him a home and will care for him until the perfect family arrives.

“Because of the paw deficiency, he drags his neck a lot on the floor. The adopter’s house should have tiled floors, no cracks or grooves so as not to hurt his neck. We want conscious adoption,” said Ribeiro. 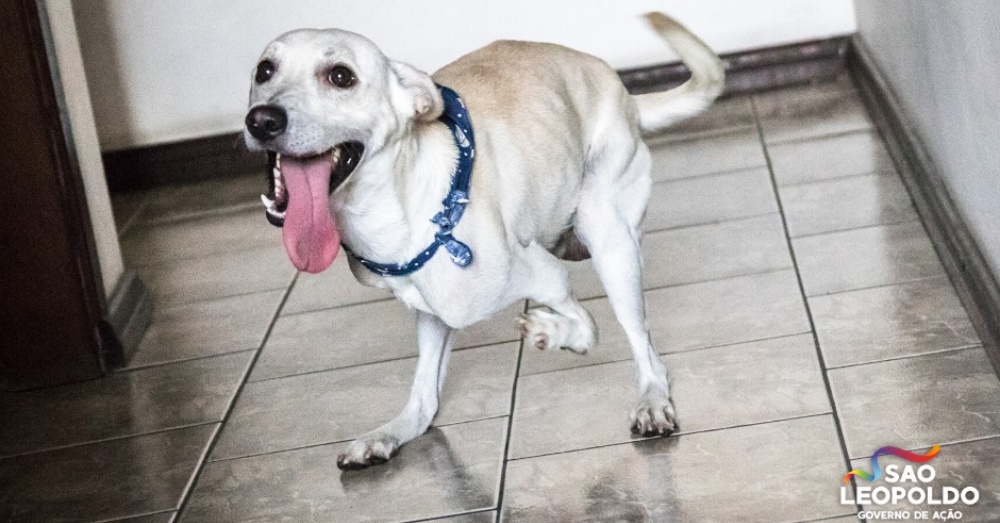 The shelter hopes to shed light on special needs dogs and said they have over 60 waiting for forever homes.

Police are still investigating the incident and are currently calling on witnesses to testify. The penalty for animal abuse ranges from three months to a year in jail and a fine. Abandoning a pet is never a solution. If you can no longer care for your pet, please bring them to your local shelter. They deserve to find a loving home.

Watch the heartbreaking moment in the video below.

More precious pups finding the love they deserve.
Dog Thrown Away Like Trash In NYC Is A Treasure To New Family
Annie Refuses To Give Up