When Animal Aid Unlimited first learned about Pumba, they weren’t quite sure what to expect. The animal charity had received a tipoff that the disabled dog had been abandoned. Sadly, Pumba’s owner had used him for the sole purpose of breeding. Once they figured that he was useless because he could no longer walk, they wanted nothing more to do with him. Unfortunately for the sweet dog, this meant that he was coldly abandoned and left to fend for himself.

The volunteers with Animal Aid Unlimited quickly realized they had their work cut out for them. But despite his disability, they were determined to help him to the best of their ability. They started off with hydrotherapy. As they started in on his therapy, it became quite evident to the volunteers that poor Pumba had never been walked or played with, meaning that they had to very slowly introduce him to exercise. But Pumba was a very good patient and he followed their guidance. As things progressed, it became clear that the sweet dog had developed a fondness for his water workouts. 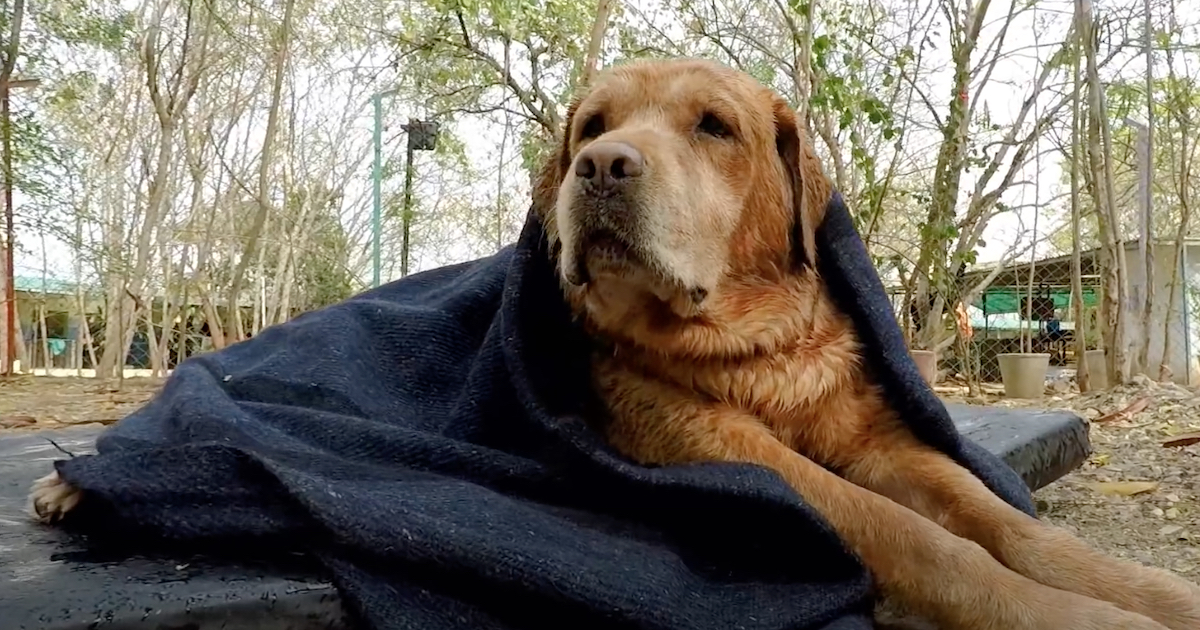 The constant care and dedication of the staff paid off as by the sixth week of hydrotherapy, Pumba was able to stand and hobble around all by himself. Watch the wonderful strides that he’d made in the video below: