In a very sad and tragic story, a Florida woman’s disabled dog was found dead after she was stolen – along with the woman’s car – on Thursday, October 3rd.

Zorra, the dearly-beloved husky-shepherd mix was found deceased inside the stolen 2005 Volvo station wagon when it was discovered abandoned Monday, October 7th, in Lauderdale Lakes.

Zorra had been left inside owner Wanda Ferrari’s car while she quickly ducked into an Oakland Park Dollar Tree store.

Ferrari had left her Volvo running with the air conditioning for Zorra while she went into the shop. However, when she came back out, both the car and her dog were missing.

According to NBC New York, a towing company made a report about the stolen car to the Broward Sheriff’s Office on Monday night.

BSO officials revealed this the following day. They have also confirmed that so far, there have been no arrests made in the case.

Zorra was Ferrari’s loyal companion, and she was a constant joy to Ferrari who is dealing with a breast cancer reoccurrence. Since Zorra was disabled, she used a pink wheelchair to get around since her back legs were paralyzed and her front legs didn’t work. However, she wasn’t in her wheelchair at the time that the car was stolen. 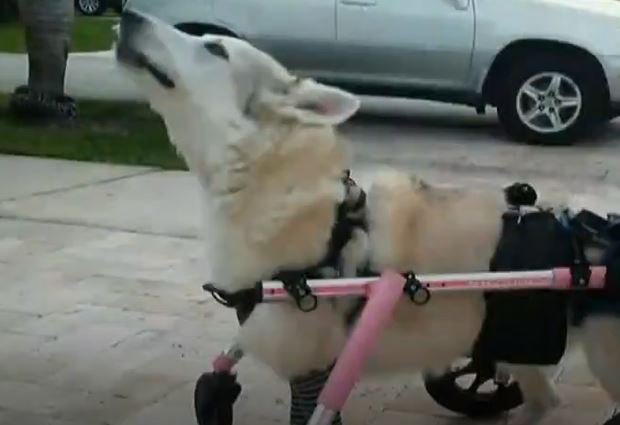 CBS Miami reported that the distraught owner sobbed while addressing the person responsible, stating, “If you have her please bring her back. She’s been my whole life. I rescued her and she rescued me.”

There was even a $2,000 “no questions asked” reward that was being offered to anyone who could help return Zorra, which was put up by the rescue group 100+ Abandoned Dogs of Everglades Florida. The rescue even paid for a pet detective to help locate the missing Zorra.

The organization shared a “missing” poster for Zorra to their Facebook, where they described her as “a 13-year-old, spayed, female, black/white, Husky/Shepherd mix weighing 45 lbs.” 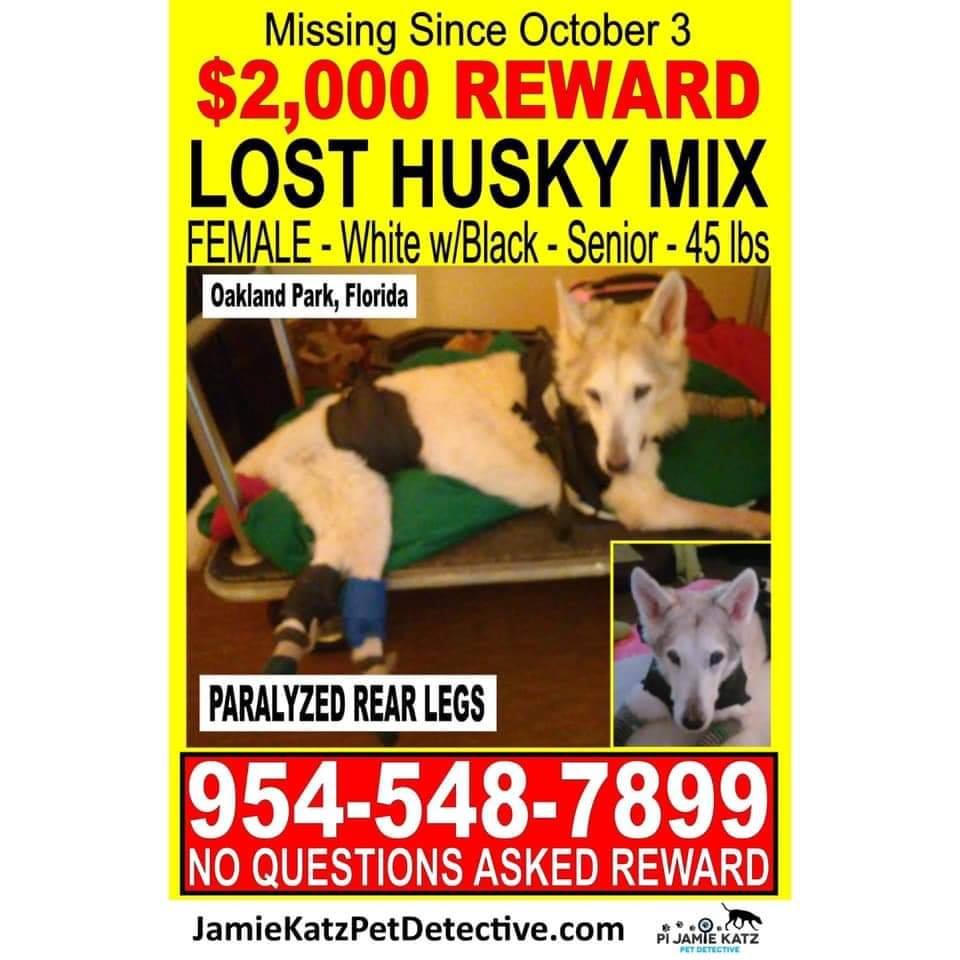 Ferrari recalled her initial reaction when she saw her car was missing, saying, “I was in shock. Who would take a car with a dog? They probably didn’t know.”

100+ Abandoned Dogs of Everglades Florida posted Ferrari’s plea to Facebook, where many people expressed their hopes that Zorra would be returned safely.

There was one person who commented their judgment on the situation saying that Ferrari is “not a good pet owner,” but the rescue responded to that comment saying, “her dog was her entire life. There is a lot more to the story.”

Investigators are still waiting on results from an autopsy to determine Zorra’s cause of death.