Owner Enraged After Disabled Family Cat Is Euthanized Without Consent

Mush was a disabled cat with a spinal deformity that caused his lower back to sag, making it difficult for New Jersey pet to move around. Even so, the 15-year-old cat had a family that loved him deeply, and they’re still struggling to deal with what happened when animal control showed up at their house unannounced and took their beloved cat away.

According to Patch.com, the disabled cat was removed from his yard by an animal control officer who mistook Mush for a feral cat who’d been hit by a car. The officer knocked on the family’s door, but when nobody answered, she took the presumably injured feline — whose spinal deformity made his back look broken — to an animal hospital where he was put down. 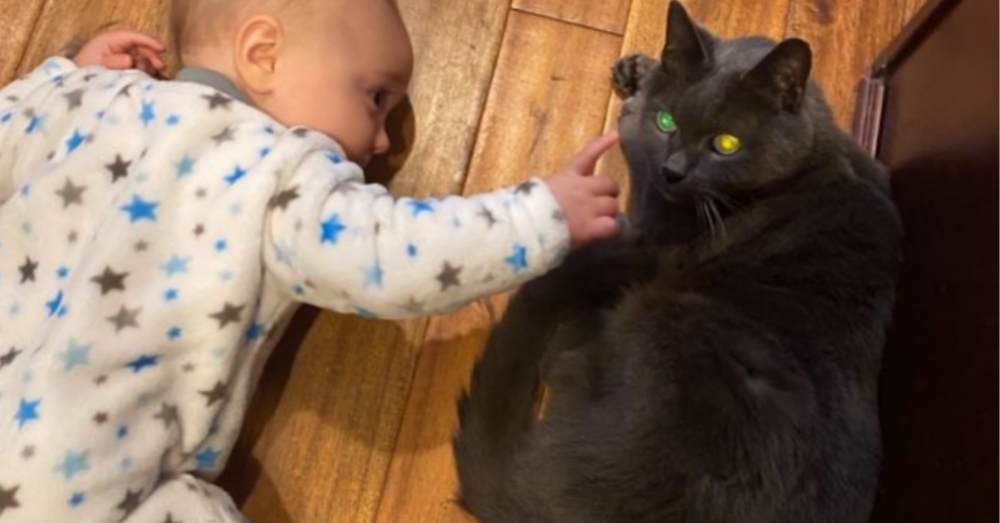 “This is just total incompetence all the way around, from the illegal pick-up to the needle at the end,” Mush’s owner, Steve Mago, told Patch.com. “Nobody anticipates someone coming into your yard and stealing your cat.”

But according to Middletown Animal Control, as well and the animal hospital that put Mush down, the animal control officer and veterinarians believed the “injured” cat was in extreme pain. “Given the information we had, the animal control officer and our veterinarian assessed the cat to be in pain and had a spinal abnormality, and therefore made a difficult decision,” the hospital said in a statement, according to New Jersey 101.5. Moreover, this tragic situation could have been avoided if Mush was simply chipped or wearing a collar, a city spokesman told Patch.com, although Mago says his cat’s spinal deformity had made this impossible. 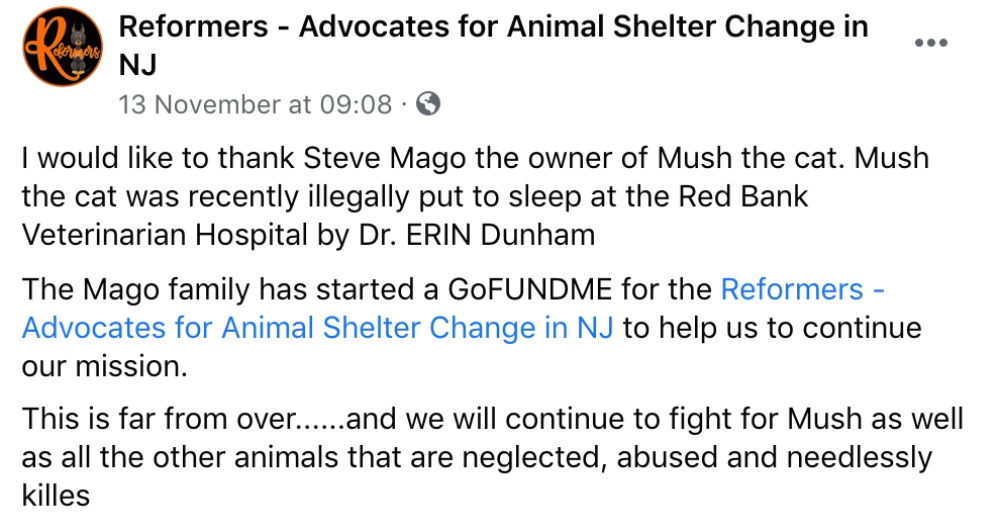 According to Mush’s owner, the senior cat would still be alive if veterinarians had performed an x-ray, which would have shown the cat was in perfect health, or held him for the customary 7-day waiting period, giving his owner time to claim him. After all, Mush’s owner didn’t realize anything was amiss until after the cat missed his supper, which was so unusual the New Jersey man decided to check the family’s Ring Video. This helped the family piece together what happened, but by the time Mago tracked Mush down to the animal hospital, it was already too late.

These deadly oversights have led Mago to consider legal action against the city, Middletown Animal Control, and Red Bank Veterinary Hospital. Mush’s owner knows money can’t bring his cat back, but the man believes this option would at least help Mush get justice. Mush’s grieving family has created a GoFundMe page to support Reformers – Advocates for Animal Shelter Change in NJ, a local group that’s helped Mush’s family advocate on behalf of their late cat.

“This is not about money; a crippled cat is worth five dollars,” Mago told Patch.com. “I want justice for the cat. This never would have happened if Red Bank had followed the law and held the cat for seven days.”

What do you think went wrong here? Let us know in the comments!