Making a good first impression is particularly important for shelter dogs. It could be the difference between life and death at overcrowded shelters. Matted and dirty dogs are sadly passed by.

Less than half of all shelter dogs get the grooming they desperately need. A warm bath and fresh haircut make all the difference. The dogs feel better after receiving some TLC and their personalities begin to shine.

GreaterGood.org and Wahl just concluded their eighth annual Dirty Dog Contest to find the best shelter dog makeovers. In addition, they strive to help groom more shelter dogs with donated grooming supplies and as a result, find them forever homes. 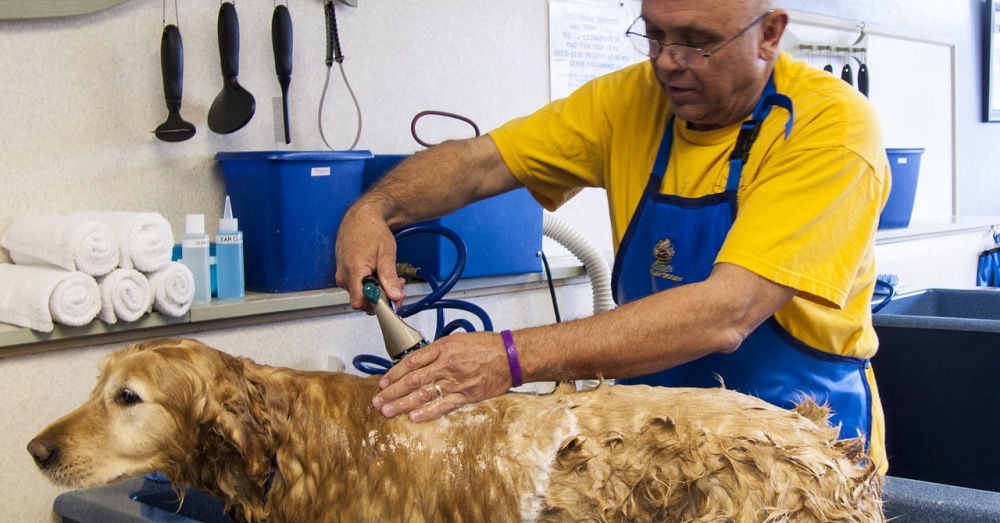 Shelters from across the country submitted before and after pictures of their rescue dog transformations. The top ten finalists were posted for the world to vote on and the winners were just announced. While all of the dogs are winners, the top three won grants for the shelter that rescued them.

The first place winner was Arlo from Lost Fantasy Rescue in Ceres, Va. Arlo, a Lhasa Apso mix, arrived covered in painful matted fur that was immediately removed. This adorable senior does not let his limited hearing and sight keep him from playing. The mellow guy loves taking walks and is not afraid to tell you when it is time to feed him by barking. His amazing transformation won his shelter $5,000. Now all he needs is a loving forever home. 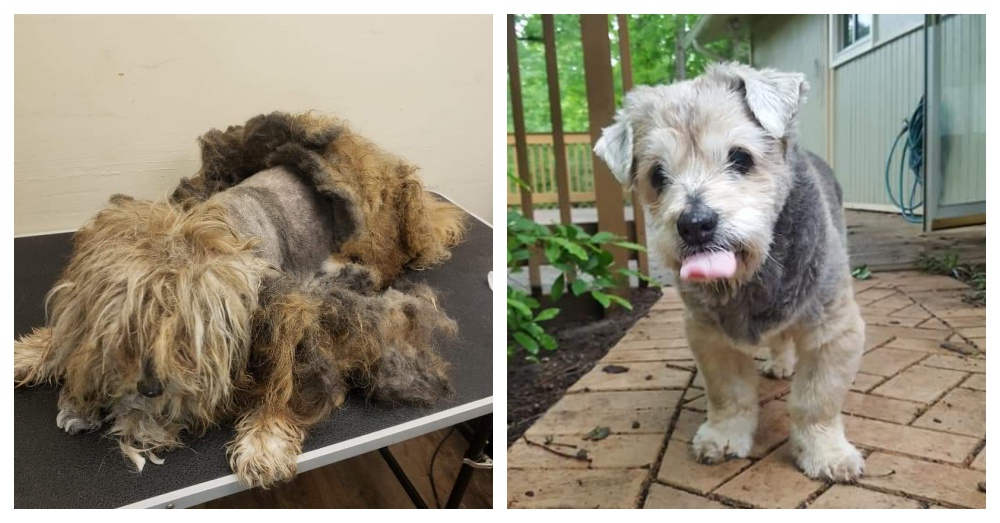 In second place was Zorro from German Shepherd Rescue Orange County in Newport Beach, California. He was found at only seven months old in a field missing hair and covered in scabs. The shelter spent months bathing him with medicated shampoo and slowly he transformed into a handsome German Shepherd. One of the volunteers fell in love with his soulful eyes and easy-going personality and adopted him. His transformation won his shelter $2,000. 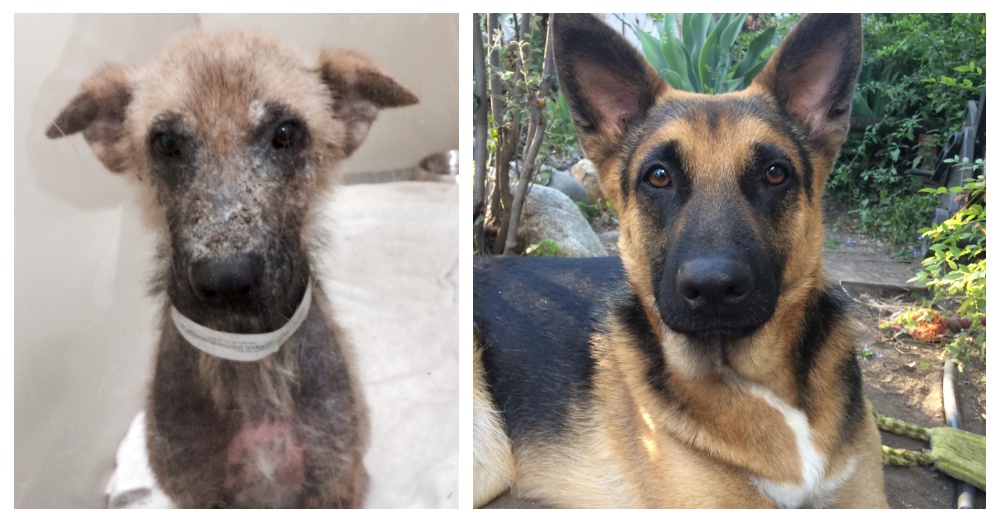 Third place went to Gaston from National Mill Dog Rescue in Peyton, Colorado. Gaston was rescued from a breeding farm and covered in long matted fur. Once he was groomed the sweet poodle was able to show off his personality. He was adopted by a loving family and his transformation won his shelter $1,000. 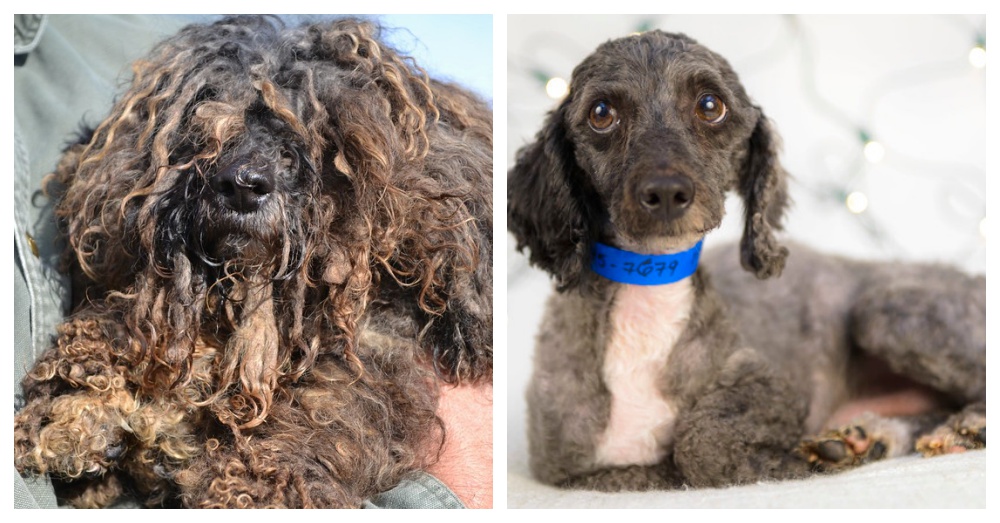 Even though the others did not win titles, they are still winners in our eyes. Like Ollie who was taken in by Philadelphia Animal Welfare Society, and after his matted fur was removed he found his forever home. Another honorable mention is Dexter. He arrived at Cause for SB Paws with matted dreadlocks that were full of burrs, foxtails and even pieces of plastic. After being groomed, a family fell in love and took him home. 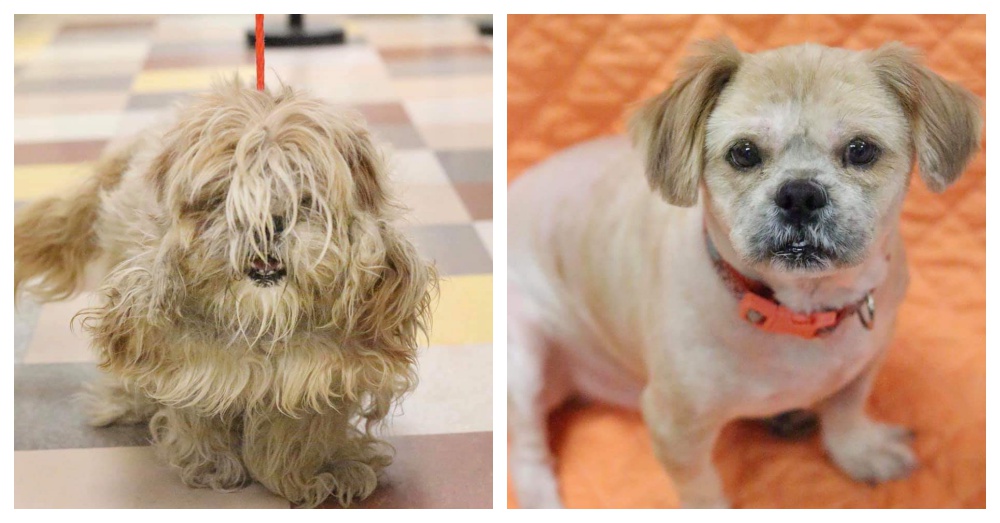 It is amazing what a bath can do. Dogs are able to look and feel their best, which allows them to show off their incredible personalities. Remember to adopt not shop! 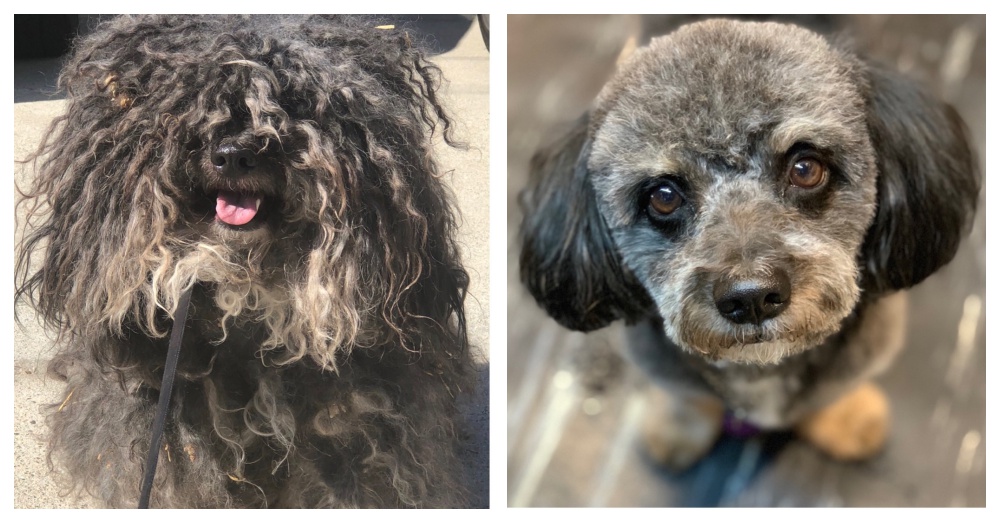 Check out the video below to see all the finalists for this year.