In just a few minutes, Torey Chase Massey, 30, gave the Utah legislature enough reason to change the state’s laws. They are laws he will likely never test again.

Massey a felon with prior convictions for robbery, assault, theft, and forgery, is spending the rest of his life in prison for charges including illegally firing a weapon, running from police, and killing a police dog, a Belgian Malinois named Dingo. While Massey committed these crimes in 2017, he was not convicted until Friday, April 19, 2019

“It was a very difficult week reliving all the experiences I went through on July 6th of 2017,” Reyes told FOX 13. “The verdict from the jury today was very vindicating.” 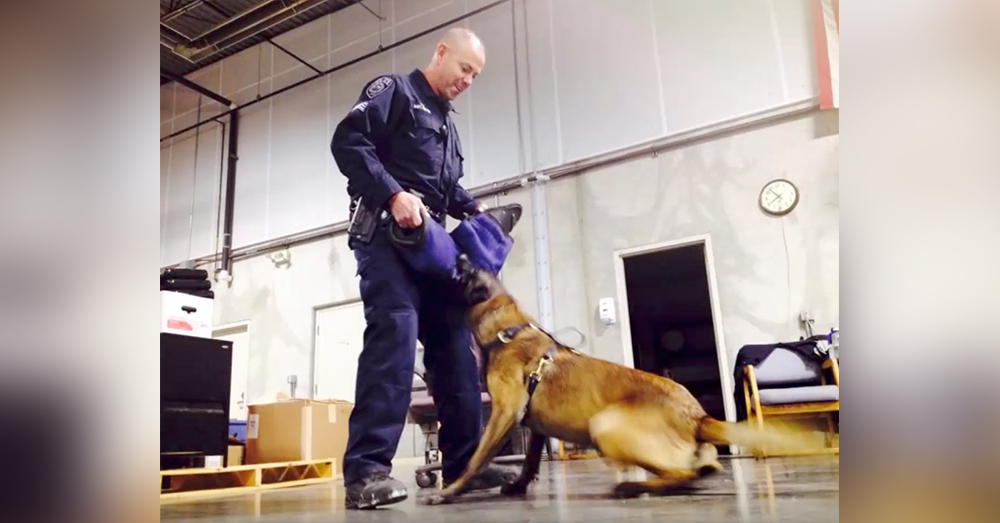 Dingo’s death prompted Utah lawmakers to raise the penalty for killing a police dog from 5 years behind bars to 15. Massey was charged under the previous 5-year limit for the crime, but for two charges of firing a weapon as a felon, first-degree felonies, he faces two possible life sentences.

Massey was released on parole from the Utah State Prison on April 11, 2017, the fifth time he had been released from prison in 10 years. About three months later, he violated his parole. According to the Salt Lake Tribune, The fugitive apprehension team that went after him included Reyes and Dingo. 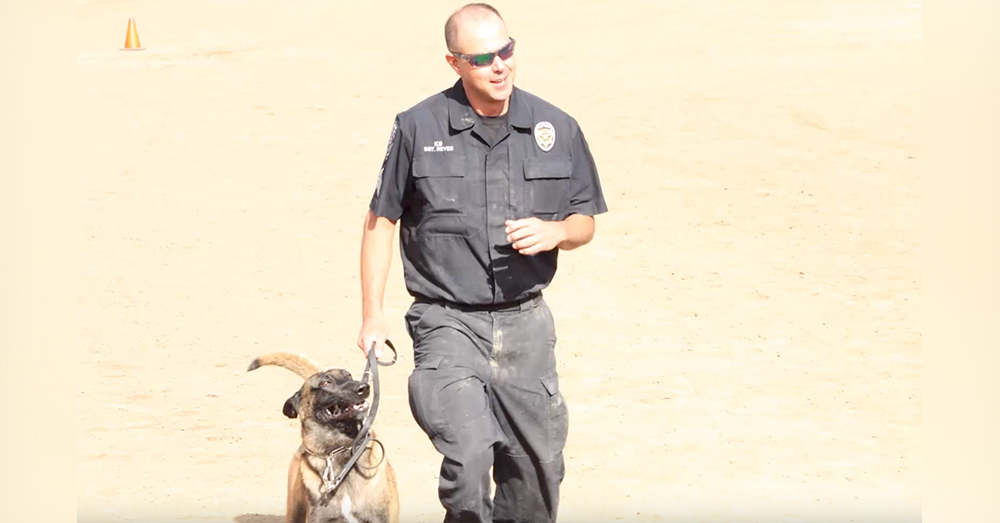 When police attempted stop Massey with a spike strip near a pizza restaurant, he pulled into the restaurant parking lot and began mocking the officers.

“Sgt. Reyes observed Massey look back at Dingo and then at Sgt. Reyes with a taunting smirk on his face,” court documents revealed. “Dingo leapt up and attached to Massey’s left side, which caused them both to tumble off the drop-off and into the weeds.” 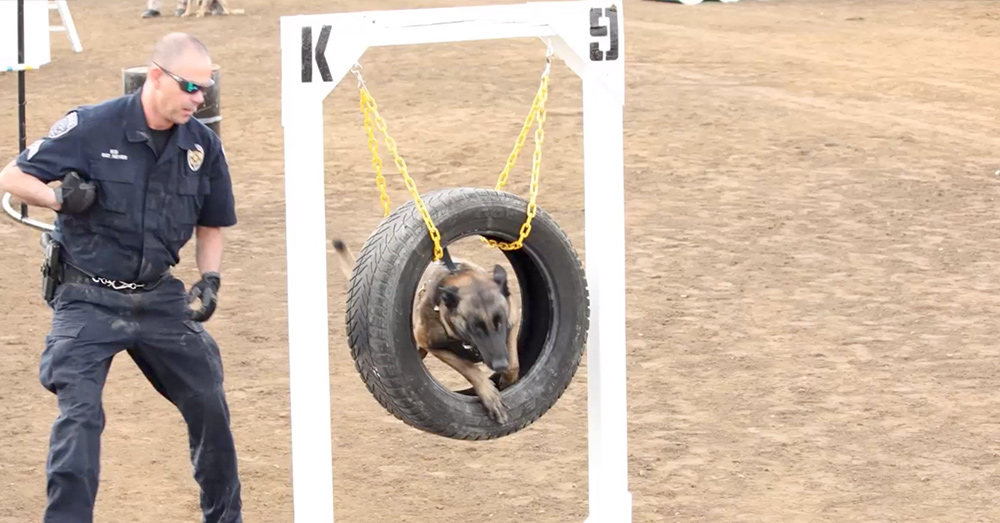 Reyes heard three distinct gunshots and a pained yelp as he ran toward Massey and Dingo. Two more gunshots followed. Reyes was able to locate Dingo, who was badly wounded. 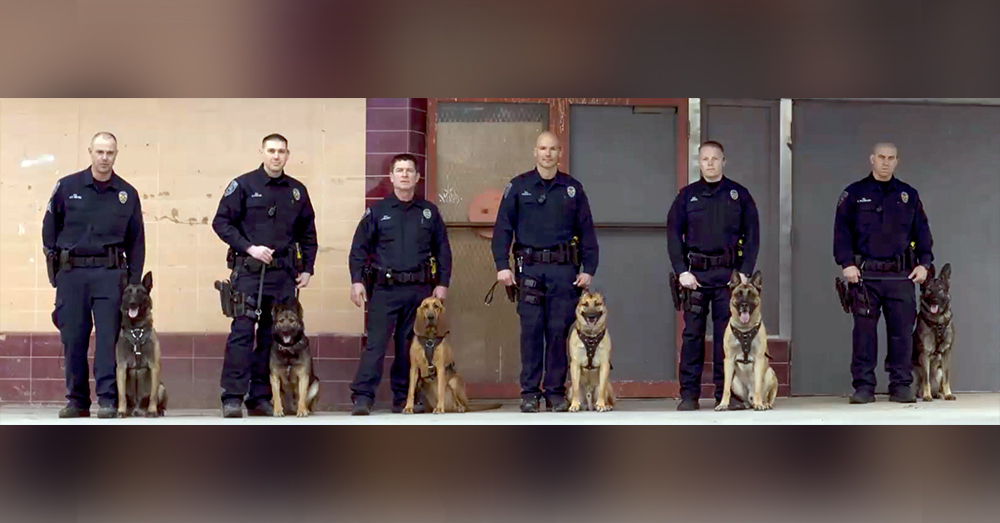 Source: YouTube/Unified Police Department
Dingo and Reyes, far left, were close friends. The dog was given a police funeral.

Massey soon after apprehended by Reyes fellow officers. Nearby, they found a .45-caliber handgun and a black folding knife, as well as methamphetamine and heroin in his pockets, and a stolen wallet in the vehicle he was driving.

Dingo was rushed to a hospital, but did not survive. He was given a police funeral days later.

“He was my fishing buddy, my confidant, my constant companion, my ever-loyal partner and my protector,” said Reyes, now deputy chief of the Herriman Police Department.