Stuck In The Shelter, No One Wanted This Depressed Dog. Now, He Can’t Stop Smiling!

An American Bulldog mix, formerly known as Sir Wiggleton, was pulled from Detroit Animal Control by Detroit Dog Rescue (DDR) to give him a chance at finding a new home. He was very depressed and had such a sad look on his face, so they knew they had to help him. 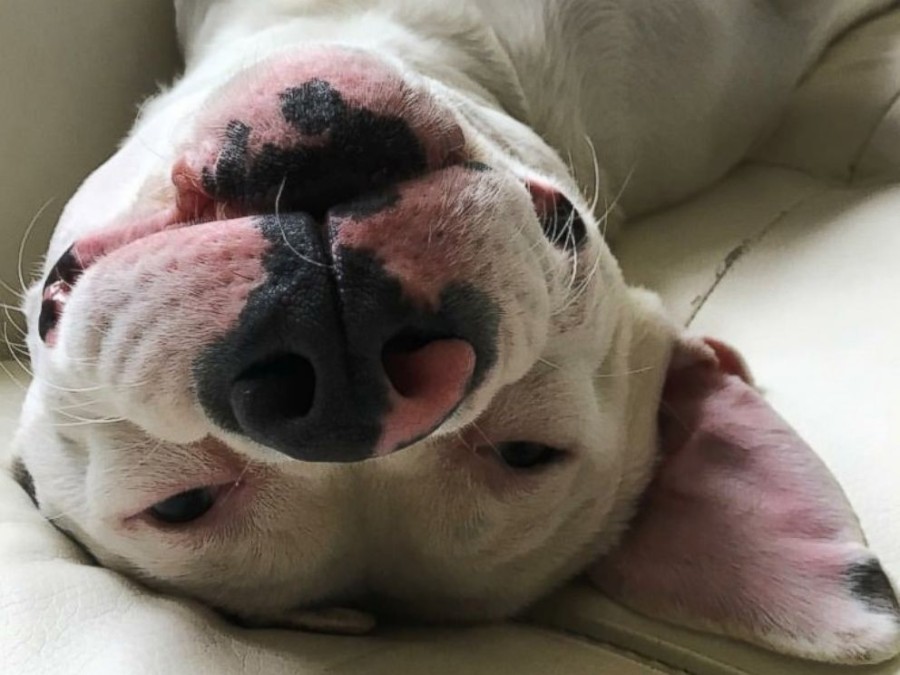 But for nearly 100 days, the pup was overlooked by person after person while at the shelter. Until one day, friends of Dan Tillery, a musician from Waterford, Michigan, saw the dog and thought his smile reminded them of Dan’s. 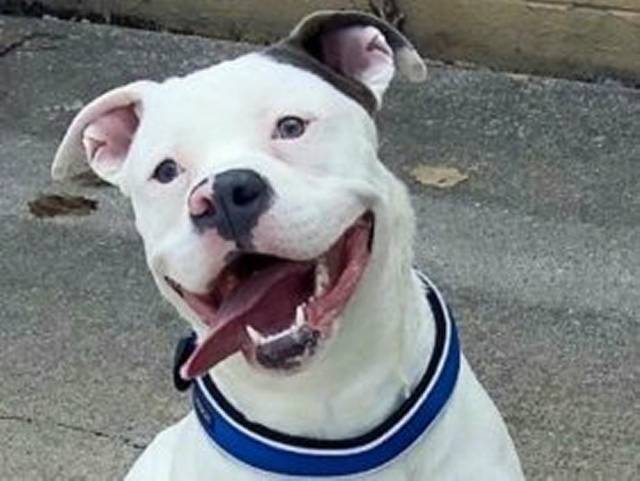 When Tillery saw the dog, he knew it was meant to be. He and his girlfriend had just gotten a new place and wanted to get a dog anyway, so they saw this as the perfect opportunity. They adopted the dog, who they named Diggy, and now his sad face is all smiles! 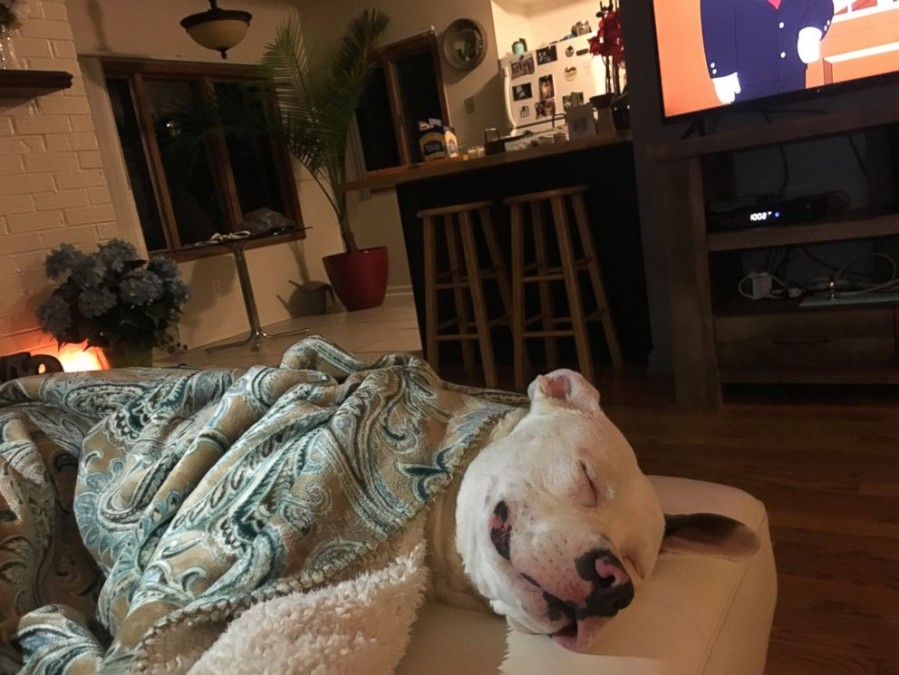 Tillery says Diggy is very smart and extremely friendly. He loves to play and run around in his backyard, and also loves to cuddle. Thankfully, he finally has a place to call home. 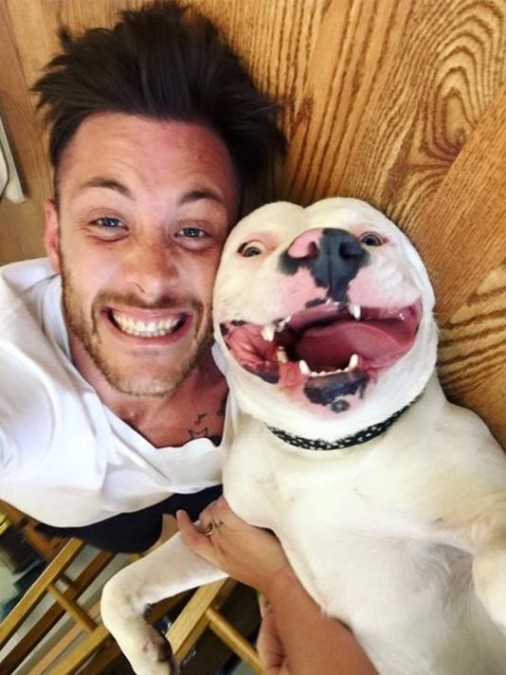 After Tillery brought Diggy home, he snapped a picture of the two of them lying on the floor on their backs, smiling really big. He posted it to social media and it went viral. 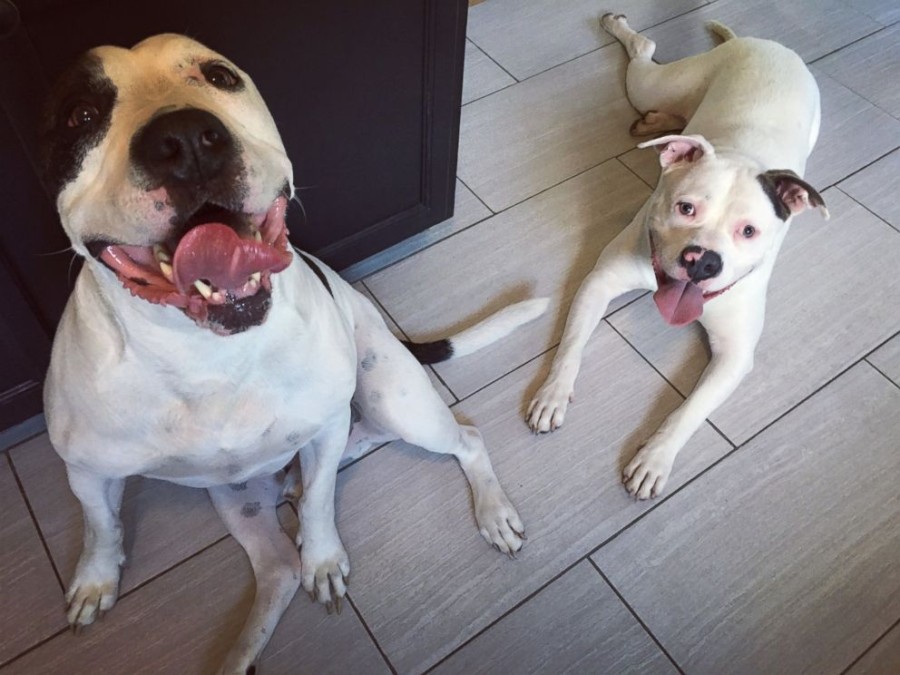 Unfortunately, police have an ordinance that has a zero tolerance for full and partial Pit bulls in Waterford. They saw this picture and said that Diggy isn’t allowed in the community because he’s a Pit bull. DDR made sure his paper work said American Bulldog, not Pit bull, and now police say Diggy can stay if he checks out with a vet that they choose. Tillery says he’s hopeful that everything will work out, so he continue to have many more days of smiles with his new best friend.