Dieting is a tough enough business for humans. We have to avoid buying certain things at the store, ignore the tasty food in our cabinets that are for our non-dieting family members, and try to get way more enjoyment out of carrots than we otherwise would. Now, imagine you’re a dog on a diet. It’s even worse. No cheating possible!

That’s the experience Cashew the Instagram-famous French bulldog had to go through. When his owner realized he needed to lose a bit of weight, she had to be strict with his diet, regardless of his protests. And my, were there protests.

A post shared by OFFICIAL Cashew the Frenchie (@cashewthefrenchie)

In a viral video, Cashew has just finished his breakfast when his human tells him that’s all there is for that meal. She tells the sad little pooch, “No, you’ve had enough. Your breakfast is gone. Move on. You’ll get more tonight at supper.”

Move on, he did not intend to do. In response, Cashew let out a very long and emphatic whine to try to sway his human’s well-intentioned efforts. With the volume, it probably could have been heard by all the other dogs down the street, who were no doubt appreciating their own food bowls even more.

As he loudly yelled, his human reminded him, “Cashew, you are on a diet because you’re a little chubby.” 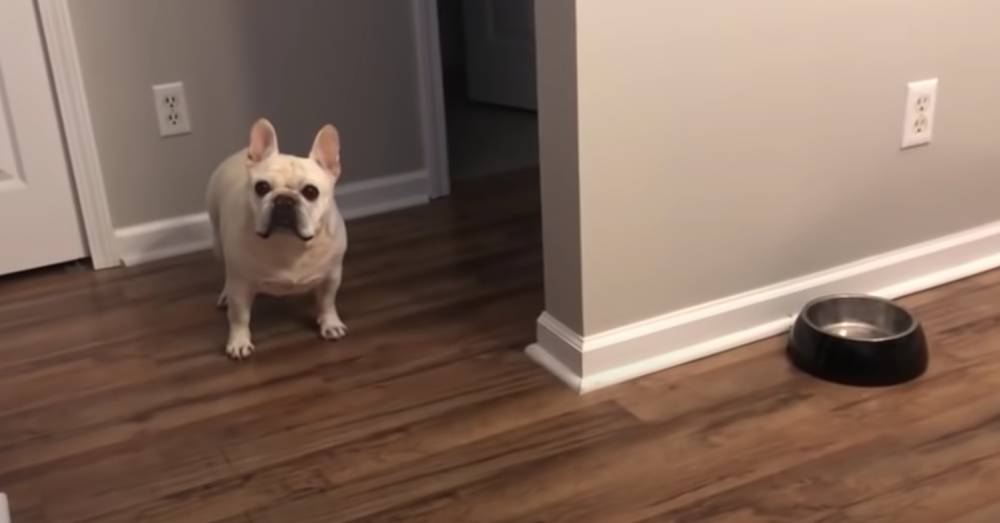 Whether that comment personally offended him or he just wanted more food, the urgent whining started back up. His human continued explaining why he couldn’t eat more, but Cashew surely saw it as a cruel deprivation of his favorite treats. It was no use.

In the end, she offered him a snack, a tasty ice cube. Surprisingly, Cashew did not seem to be too interested or happy about such an unsavory offering.

To see his cute little tantrum and to further appreciate not being on a diet yourself, check out the video below. Don’t forget to share!

Michelle has a journalism degree and has spent more than seven years working in broadcast news. She's also been known to write some silly stuff for humor websites. When she's not writing, she's probably getting lost in nature, with a fully-stocked backpack, of course.
Whizzco for FAP
$75M