Ten-year-old Alexander and his 7-year-old twin siblings Benjamin and Violet last saw their cat Diamond nearly a year and a half ago. She went missing after the Montecito Mudslide destroyed their home.

“She was calm and played with them like a dog,” their mother Noelle Strogoff told KEYT.

The family evacuated their home the day before the disaster occurred. Their two cats, Diamond and Huguette, were left behind. 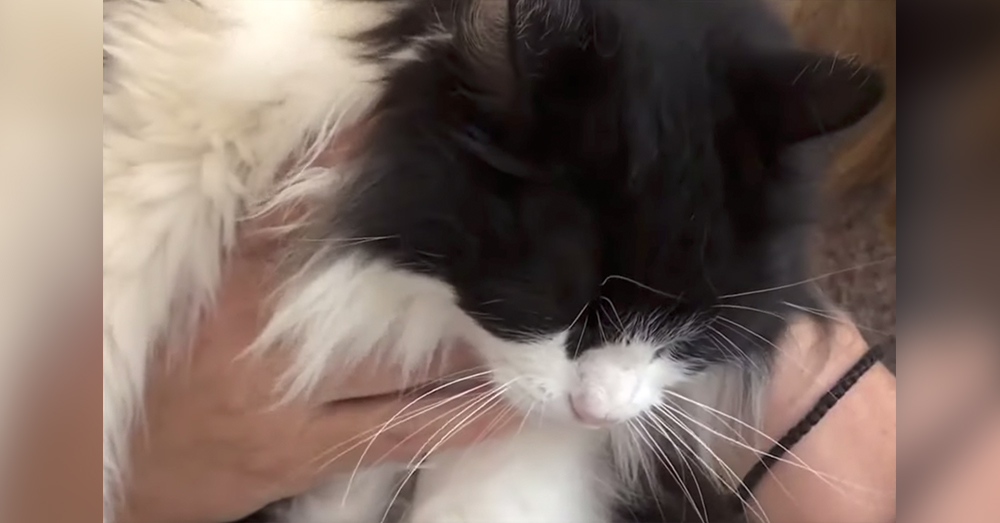 “I had no idea that what happened was going to happen and assumed they would be fine. When we got back, we could’t find them,” Strogoff said.

Extensive damage to the Strogoff’s home forced the family to live elsewhere for more than a year. They were finally able to return in January 2019, but still saw no sign of their cats. 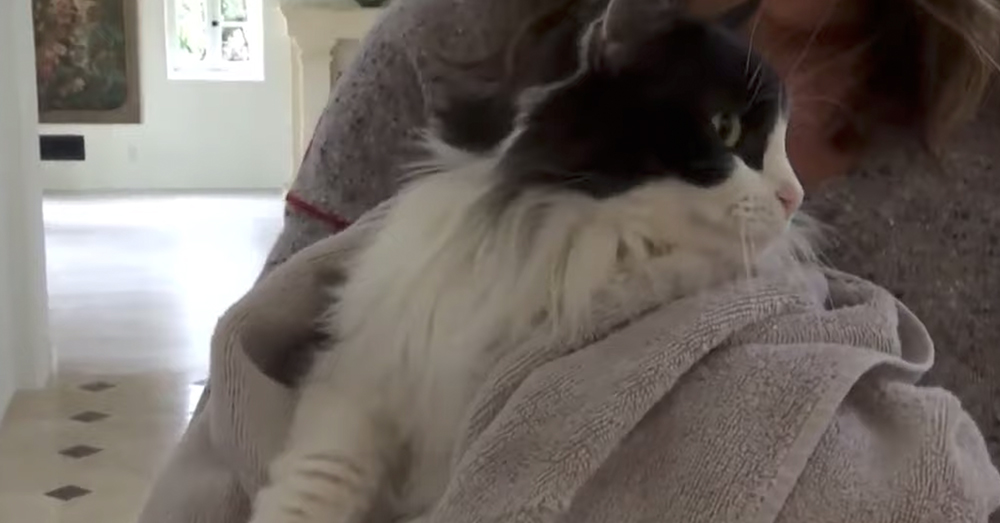 Strogoff mentioned the family cats to one of the contractors rebuilding her home. He said the crew had been feeding one that lingered around the job site. They even showed her pictures taken from their phones. 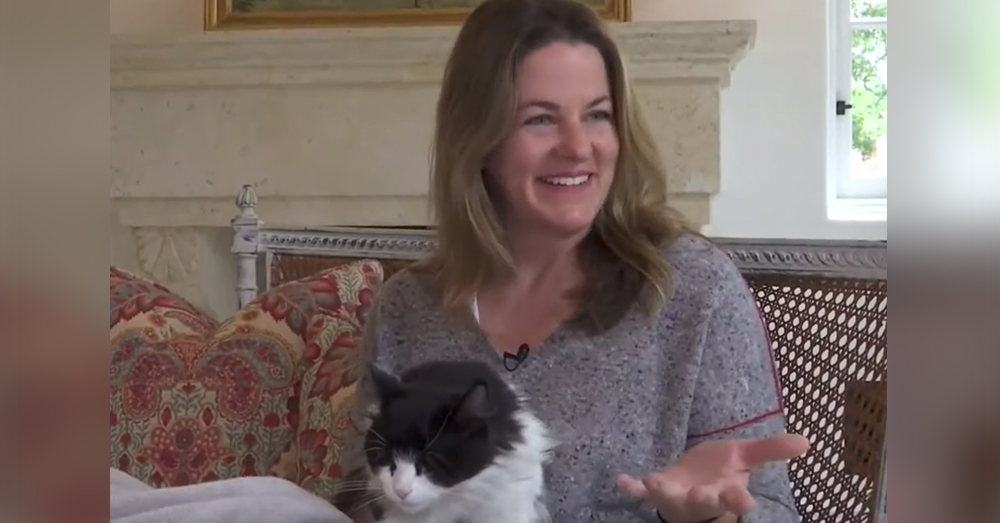 For 475 days, Diamond had been living on the streets of Montecito, surviving on food from strangers and scraps she could find. The Strogoffs thought they might never see their cats again. Now, at least one of them is back home, safe and sound.

“Don’t give up, keep looking, just keep talking to people and expressing what it is you are looking for,” Strogoff said. 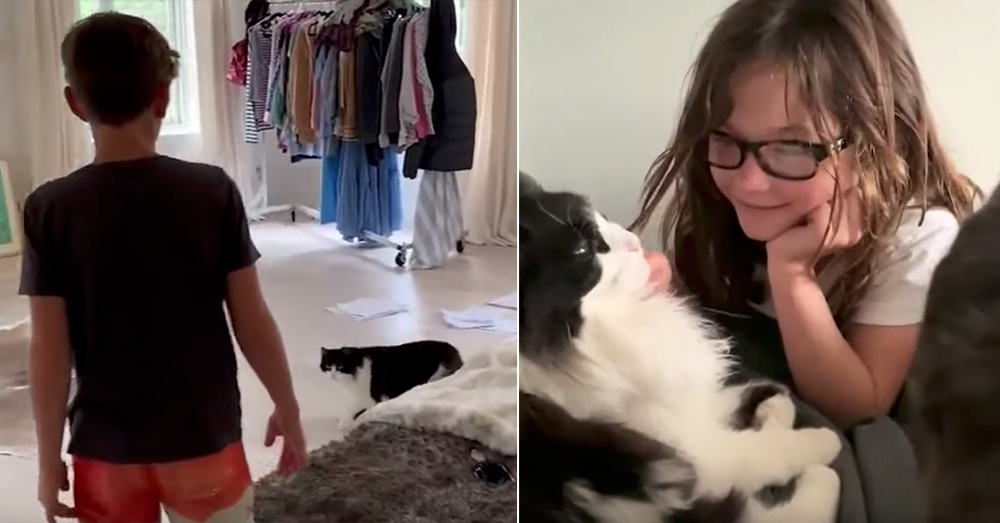 Source: YouTube/KEYT – KCOY – KKFX News
The Strogoff children were in disbelief when their cat returned.

Huguette is still missing, but the Strogoffs have been posting pictures of her on social media and calling local shelters in hopes that she, too, was able to survive.