Animal shelters sometimes name homeless dogs and cats after celebrities or movie characters in hopes of catching the attention of potential adopters, but one celebrity took it a step further after he heard about his namesake shelter cat.

Dennis the cat was described as a “rare gem” by his foster mom and she said, “Dennis is such a social cat! He loves everyone and everything! He definitely misses you while you’re away and will greet you like a dog when you return home. He is not a very verbal cat (only when he REALLY needs something) but rather displays his affection to you physically.” 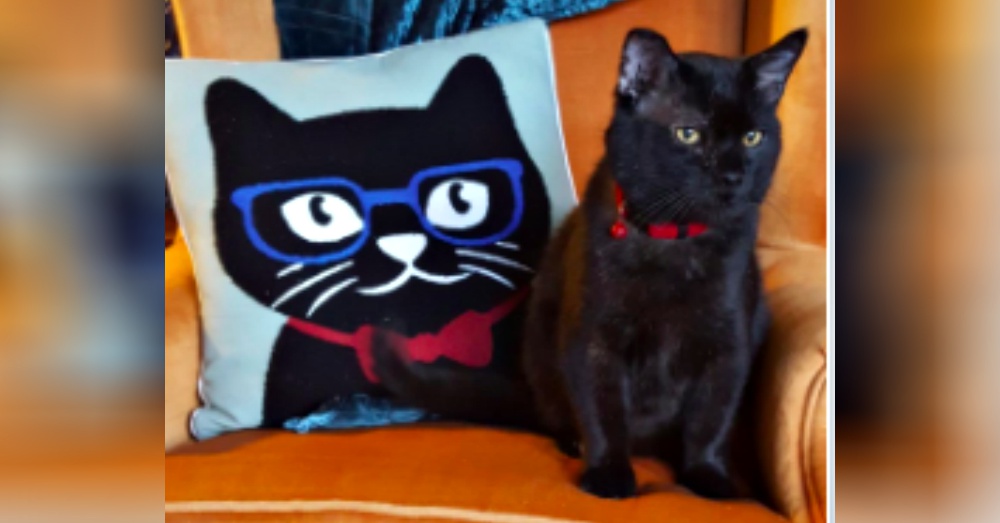 Dennis Quaid reached out to the shelter to adopt the feline but first needed to convince the staff that it wasn’t a joke. “I was like there is no way this is real, like, someone is pranking us,” said Danielle Ulmer, Lynchburg Humane Society, Adoption Center Manager.

Quaid, a big animal lover, recently started a new podcast The Pet Show, a ‘twice weekly guide to brave new world of emerging pet culture’, with co-host Jimmy Jellinek. Together they convinced the shelter that it was really the actor and he was serious about adopting the cat.

“We reached out to the shelter. It took us a while for them to actually believe us,” Jellinek told WSLS. 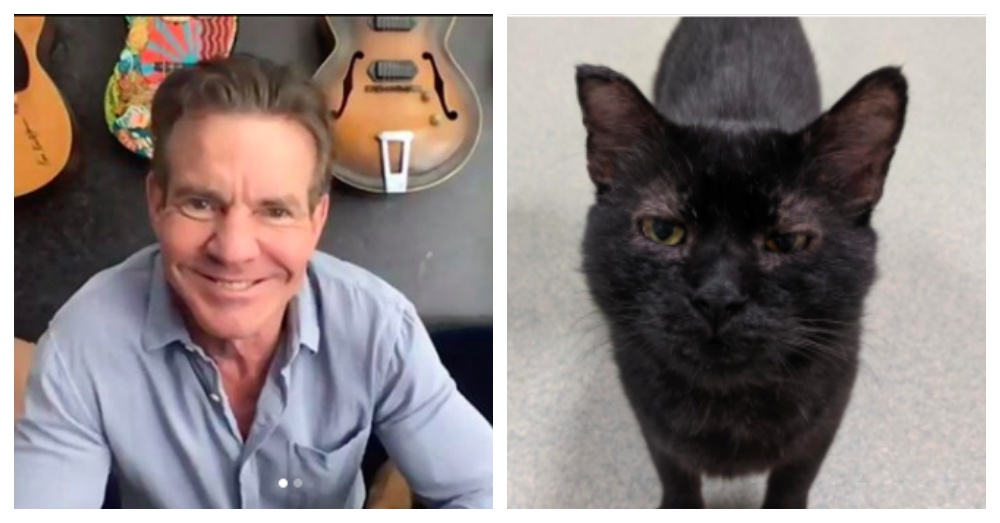 Dennis first met his namesake over a Zoom meeting with the shelter and instantly fell in love. Jellinek will fly to Lynchburg and accompany Dennis Quaid, the cat, on his journey home to Los Angeles this weekend.

“It was really off the wall, but I just couldn’t resist. I had to,” said Quaid. “I’m out to save all the Dennis Quaids of the world.”

Dennis’s miniature bulldog Peaches takes part in the podcasts and hopefully his new rescue cat will be featured as well. 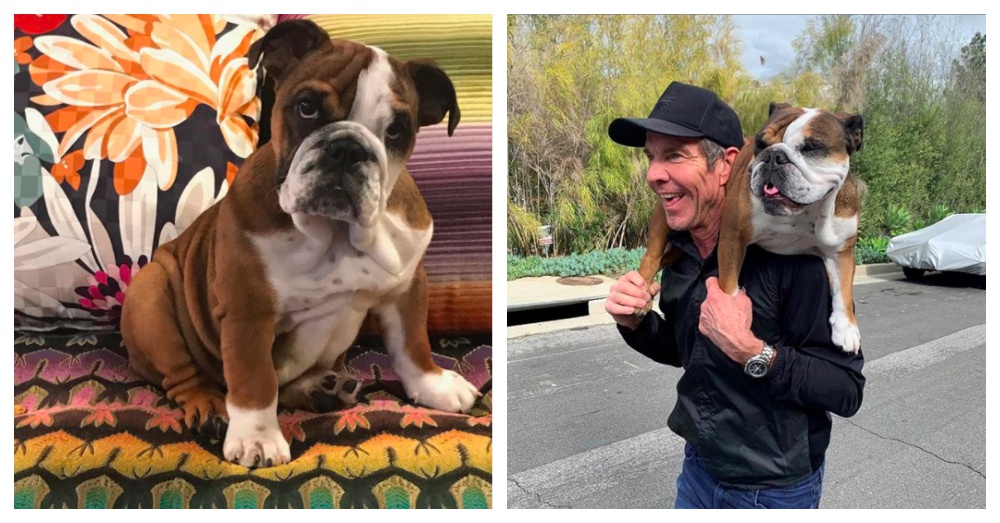 Check out all the adoptable cats and dogs at the shelter, and Jenny from the Block is still waiting for a forever home. Adopt don’t shop!