Did you know your dog can suffer from dementia just like a person can? While there are some differences in the way the disease manifests itself in pets and the resources available to help, there are also many similarities. And sadly, doggie dementia is more common than many of us realize.

Dementia in dogs is most often referred to as canine cognitive dysfunction (CCD). The disease occurs in roughly 15 to 30 percent of senior dogs and often goes without being diagnosed or treated in any way, making life increasingly difficult for the canine and his parents alike. According to a study from the University of California-Davis School of Veterinary Medicine, 28 percent of dogs aged 11-12 and 68 percent of dogs aged 15-16 showed one or more signs of cognitive impairment. The average age for a dog to be diagnosed with CCD is 8.

Here are some signs that your dog may be suffering from dementia.

1. He’s less social than he used to be

It’s common for dogs to lack energy in their old age, but if your old pup doesn’t seem to want to be around humans or other animals as much as he used to, it’s possible that he’s actually suffering from CCD. If your pet actively avoids the attention that he used to love, talk to your vet about his behavior. 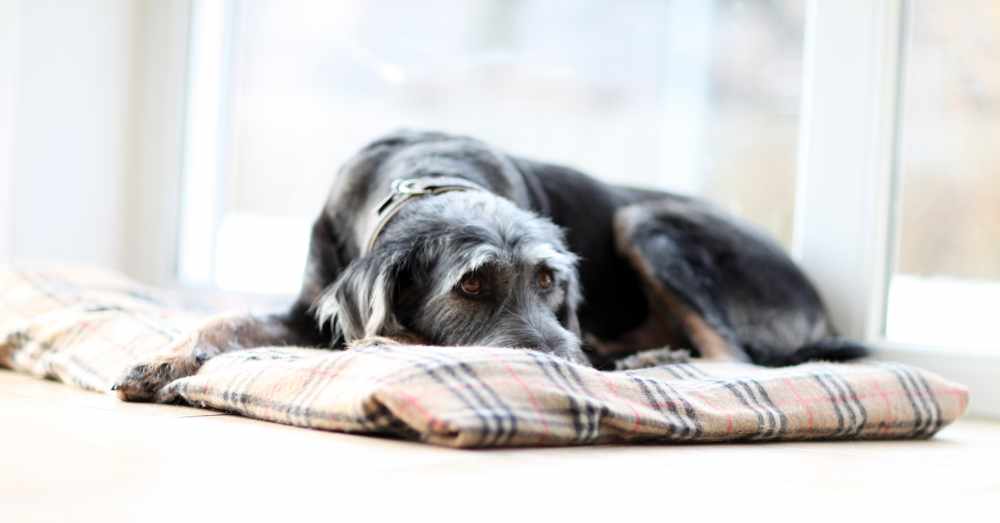 Again, because older dogs lose energy and slow down in their old age, they may have more difficulty learning new things. But if your dog is beginning to lose his grip on commands he used to know or seems to struggle to understand when you’re trying to teach him something, it might be time for a trip to the vet. Try to be patient with a dog who has trouble learning and remembering in his old age.

3. He is more anxious, fearful, or aggressive

In general, changes in behavior and personality can be signs of dementia, and the rule goes for dogs too. If your dog greets frequent visitors as if they were newcomers, or if your dog generally seems to be more afraid of things he hasn’t always had a problem with, he may be suffering from CCD. He may also struggle more with separation anxiety and follow you or another member of the household around the house more closely than he’s done in the past. Be patient with these behaviors, but also ensure that any aggression is not endangering people or other animals your dog may come into contact with. 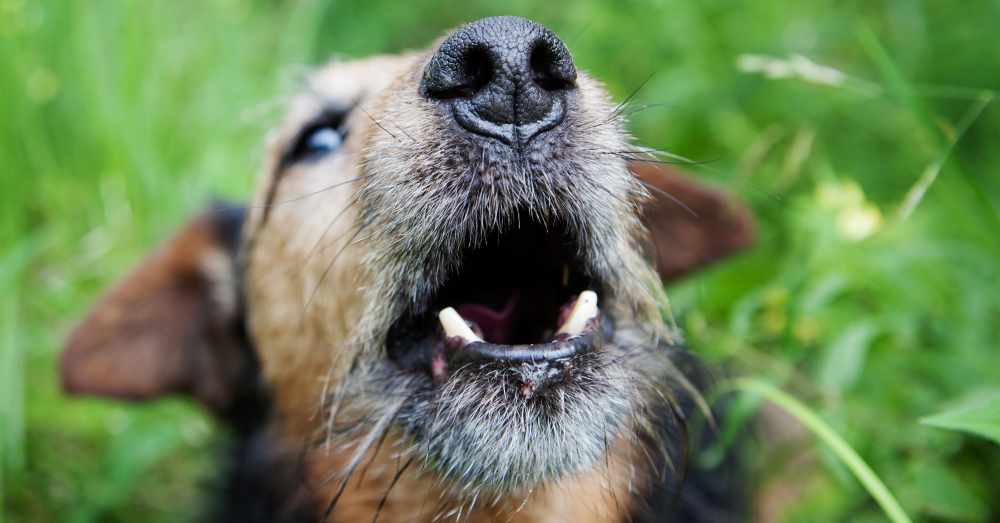 Urinating or defecating where he’s not supposed to could be a sign that your dog isn’t being let outside enough or that he has another health condition, like a urinary tract infection. However, if you’ve already ruled out these issues in your aging dog, you might consider the possibility that he may actually be forgetting where he’s supposed to do his business, thanks to CCD. Reward your dog every time he goes where he’s supposed to in an attempt to re-teach him good potty-training habits.

Wandering is particularly a concern if it’s not a behavior your dog usually partakes in or if it occurs mostly at night. It’s common for dogs (and people) with dementia to have disrupted sleeping patterns. Combat this issue by keeping your dog in the house at night (or another enclosed area, like a kennel). Your vet might also be able to recommend something to help your dog sleep at night, or you can try increasing his activity level during the day to make him more tired at night. 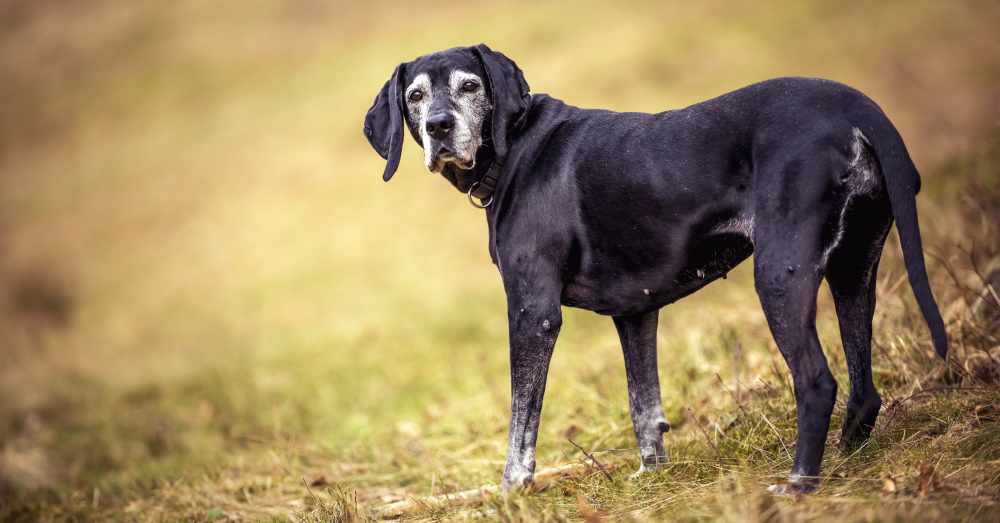 6. He won’t go through doors

This might be a tell-tale sign for those who attribute other symptoms to simple old age or other health issues. Most dogs don’t have an issue going through doors, especially if they’re used to being let in and out of the house on a regular basis, but a dog with CCD might have issues remembering how to navigate around furniture and through doors and may appear to be more clumsy than he used to be. 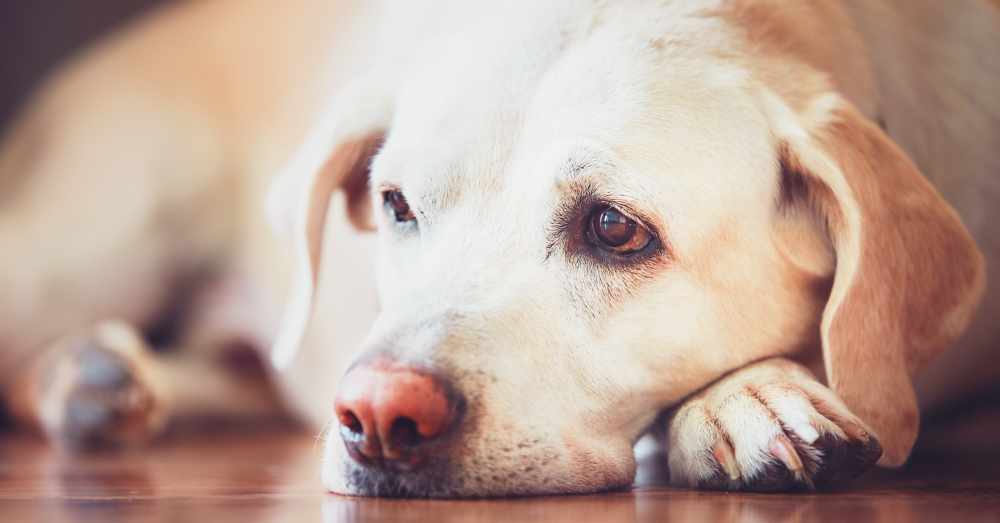 If you and your vet believe your dog may have dementia, there may be some drugs or supplements you could try to improve it, although there’s no way to stop the disease completely. Pet parents have used supplements with antioxidants, L-carnitine, or omega-3 to control their dogs’ CCD.

Just like in humans, the dog version of dementia is not curable or very effectively treatable. However, if you’re doing your best to assuage your dog’s new fears and keep him comfortable and safe in his final years, you’re an excellent pet parent. Just remember to stay patient and consistent as your dog works to navigate a world that is increasingly scary and new to him.