Herd Of Deer Gather Around And Lick Black Cat

In a bizarre video shared on social media, a herd of deer gather around a cat and begin licking it.

The footage was shared by

He seems at peace, as four large deer approach him and begin licking his fur. The deer continue to lick the cat’s coat, and the cat just lays there, seemingly content with the situation. 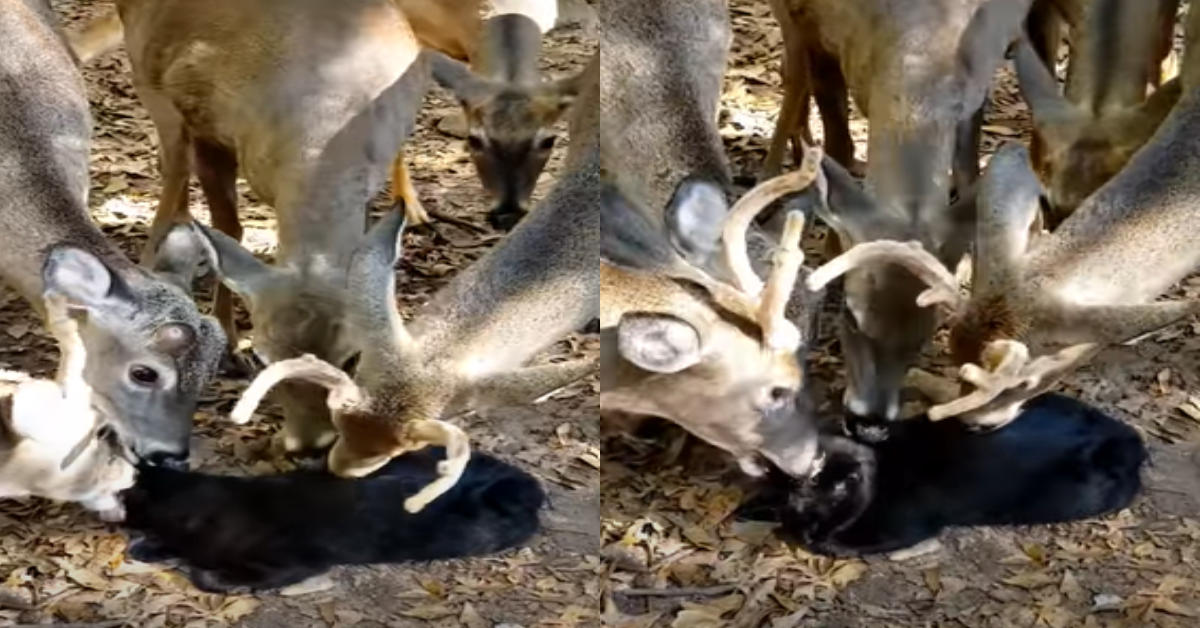 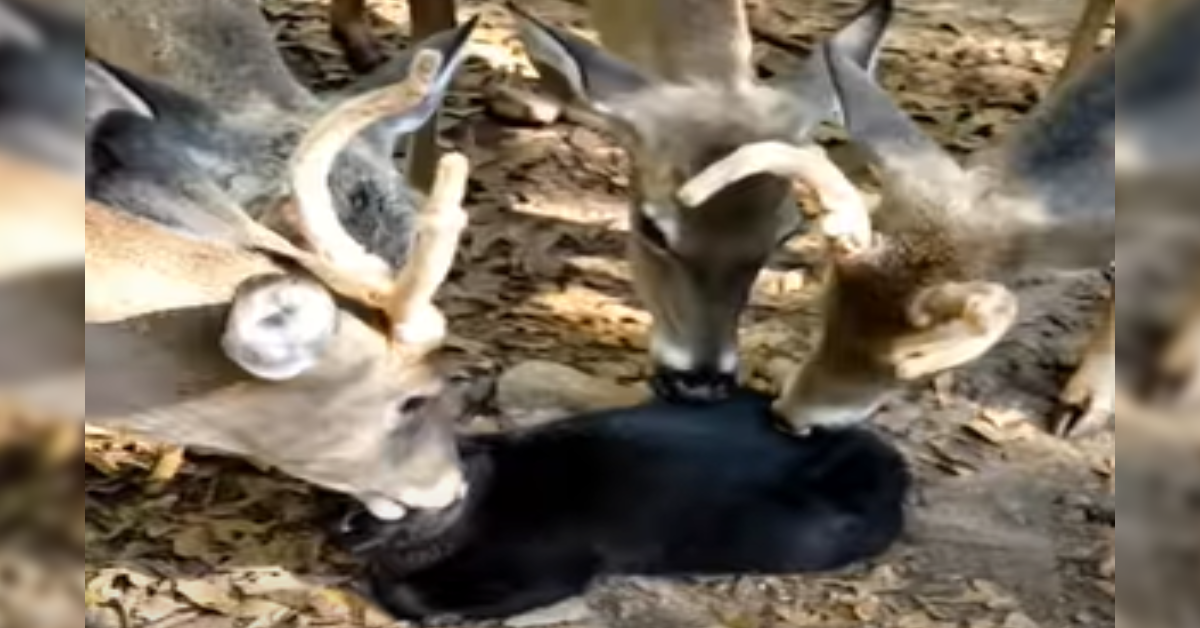 The strange interaction isn’t the first documented friendship between a cat and deer. One cat recently celebrated his 11th year of friendship with a deer, while another cat has become BFFs with a deer through his window. However, in both of those instances, it was one deer and one cat who somehow developed a bond – not a whole pack of deer!

People have speculated as to why the deer were so interested in licking the cat’s fur, with some guessing they were being motherly and others saying they wanted a snack. One person also suggested the cat’s fur is actually a salty treat to deer, as it can contain dandruff that the deer view as a natural salt lick. 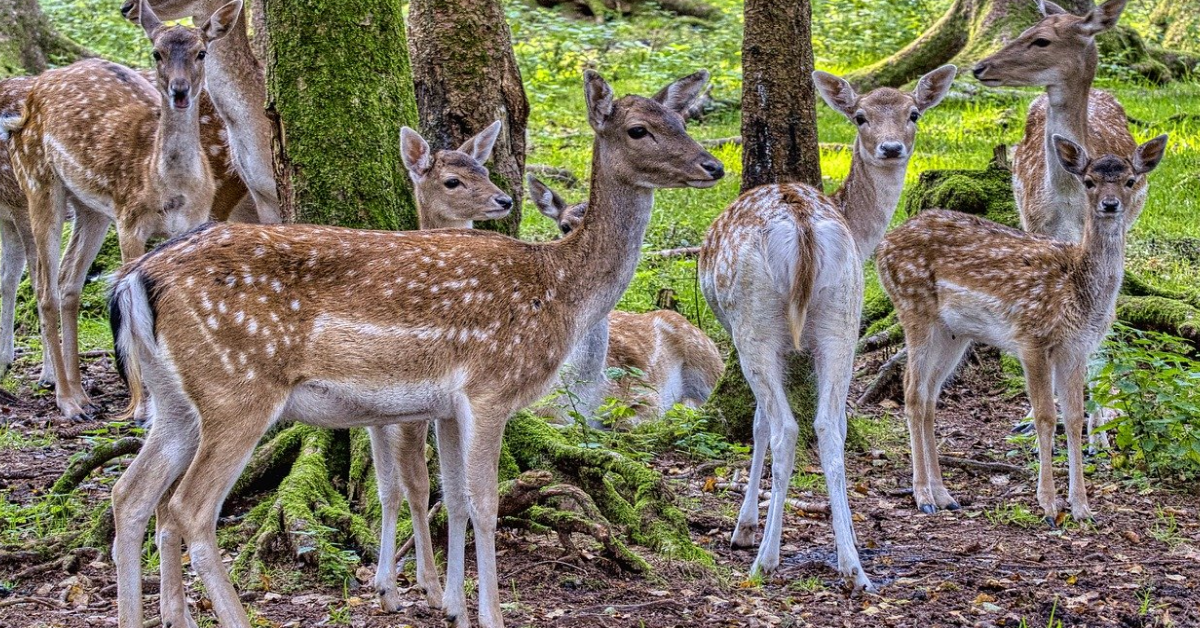 While we don’t have any concrete answers as to why the deer wanted to lick the cat’s fur, or why the cat was comfortable with it, we do know that it was a unique moment and shows the incredible relationship that can develop between different species.

Malorie is a writer and editor based in Northern California. Since 2013, she’s worked with a range of publications including Shape Magazine, Eat This, Insider, Reader’s Digest, and Fashion Nova. She’s passionate about food, nutrition, and animal welfare and has worked extensively with plant-based nutrition and animal rights.
Whizzco for FAP