Weddings often go as planned but for one Michigan couple, an unexpected guest at the photoshoot made the day one to remember.

Morgan and Luke were on the Felt Estate, in Saugatuck, Michigan to celebrate their big day and enjoy having their picture taken.

Laurenda Marie Bennett, their photographer took them aside for their “golden hour portraits.”

“We walked over this hill and made it to a field where we saw just over a wooden fence was a deer,” Bennett told The Dodo. “As soon as we arrived, the deer looked up and just casually walked over to the bride and groom.” 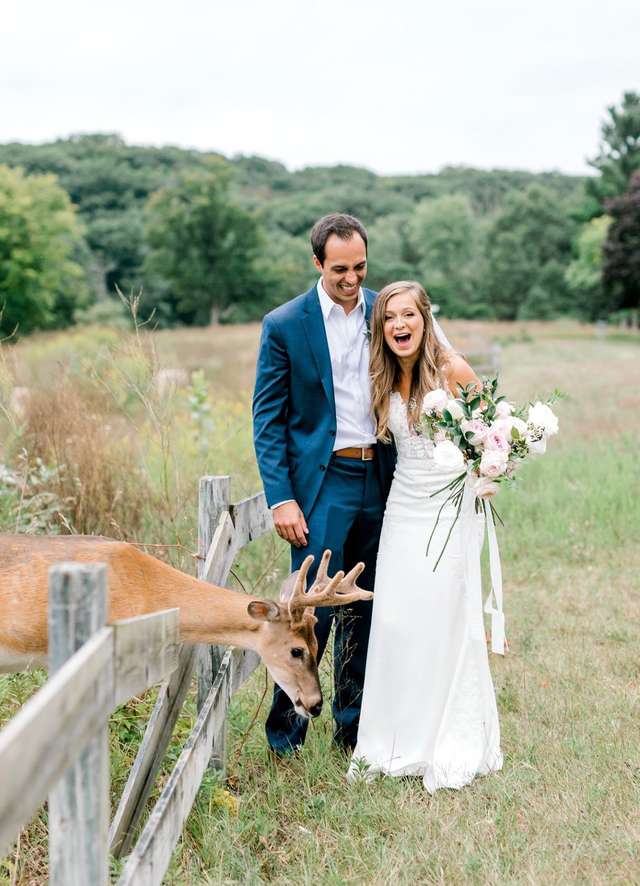 The deer was obviously hungry and he couldn’t resist coming over when he saw the bride’s bouquet.

“[He] started reaching his neck over and grabbing flowers from her bouquet and just chewing away,” Bennett said. “Then he steps over the fence so he’s standing in front of them, and he’s just hanging out eating her bouquet.” 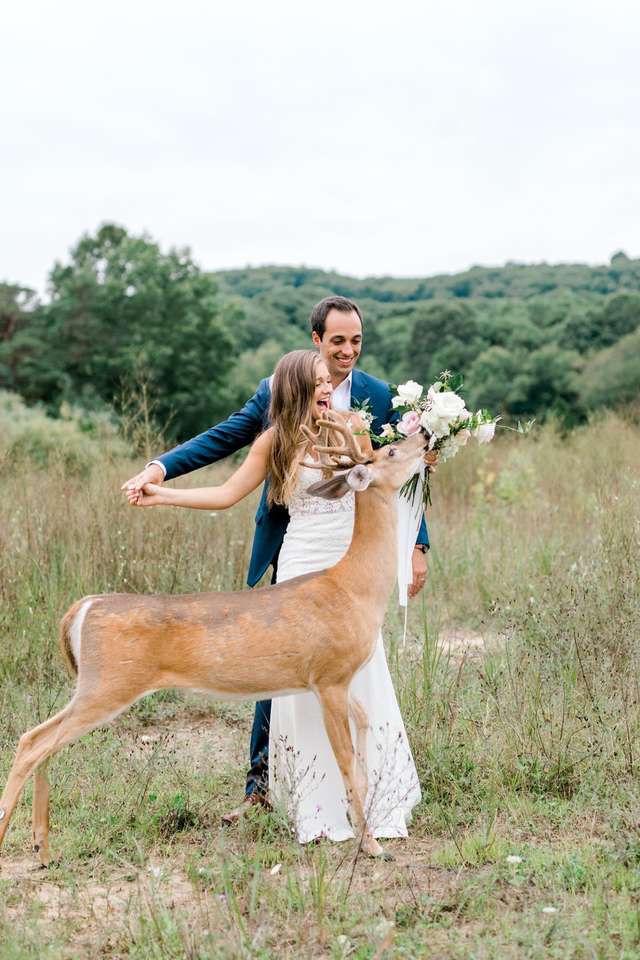 The event took everyone by surprise but after the shock wore off, the camera started to capture some of the most epic wedding pictures. “We were all kind of giggling and looking at each other like, ‘What’s going on? What should we do?’” Bennett said. “Morgan’s expressions were priceless – they just kind of made the photos.”

It turns out that this isn’t the first time this deer has photobombed his way into someone’s special album. Earlier this summer he did so to a few engagement photoshoots. 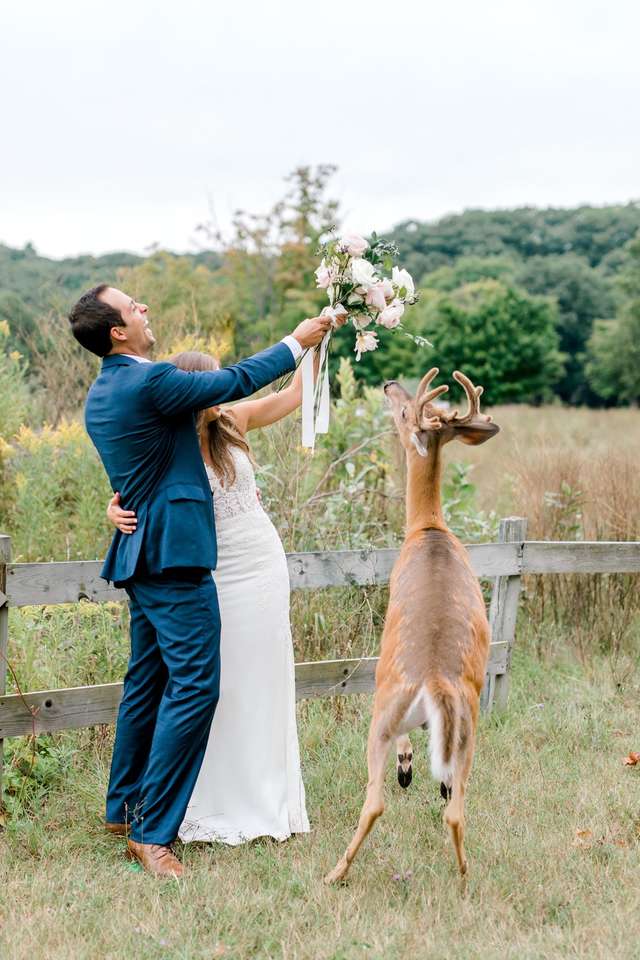 “Never in a million years did I think I’d run into him, especially when photographing a wedding,” Bennett said. “I felt like it was meant to be.”

The bride tried to save her flowers but the deer would not take no for an answer. Eventually, she gave her bouquet to the deer and borrowed one of the bridesmaids’ arrangements to toss. They both agree that it was well worth the loss.

The encounter was also captured on video, thanks to Videographer Patrick Hellenga, of Patrick James Films

After the wedding was over, they returned to the area and found a present was left by the deer.

“When we walked back to the area where we dropped the bouquet, the deer was gone but there was one white rose still intact,” Bennett said. “She picked it up and joked, ‘It’s the final rose.’”