Photographer Captures Images Of A Deer Covered In Tumors

Julie Carrow of Pipestone, Minnesota, posted photos on Facebook recently of a deer that was covered in large masses on the animal’s body.

She wrote: “1) has anyone see this little guy around town and 2) can anything be done to help him. This to me is just heartbreaking.”

The post was shared by a friend on the Big Bone Outdoors page on Facebook and quickly went viral. Carrow also sent the photos to the Minnesota Department of Natural Resources (DNR). 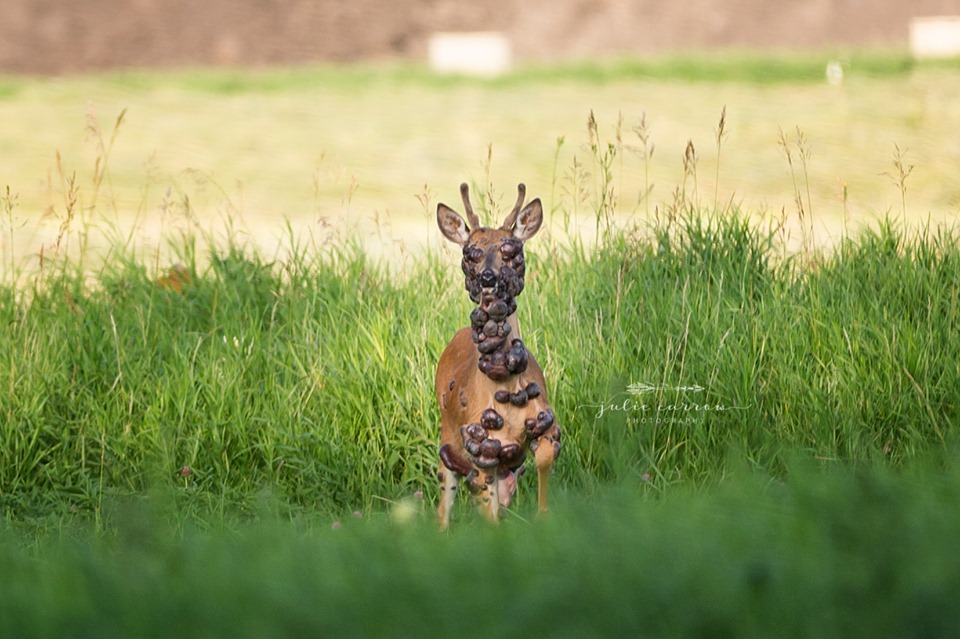 The deer appears to have fibromatosis, a skin disease which is commonly found in white-tailed deer, mule deer, and black-tailed deer in North America. The bumps on his fur are tumors, called fibromas, which are caused by a papillomavirus. 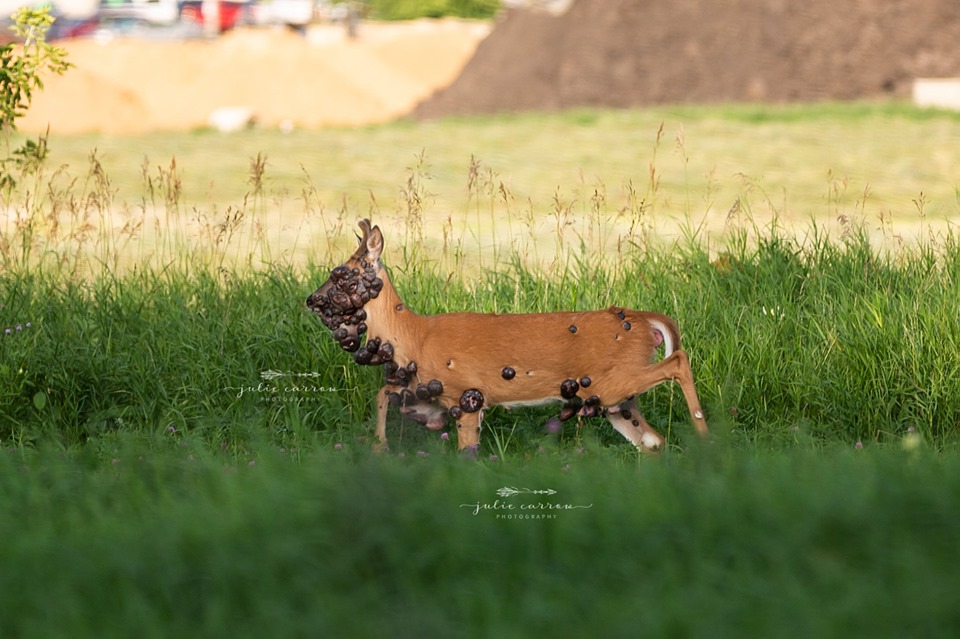 Fibromas generally grow around the eyes, neck, face, and forelegs of a deer, according to the DNR. The tumors are typically small (less than 5 inches across), dark brown or black in color, and their surface may be abraded or bleeding and, in some cases, infected. Most often, fibromas occur in deer less than 2 years of age, with a higher incidence of disease in bucks. 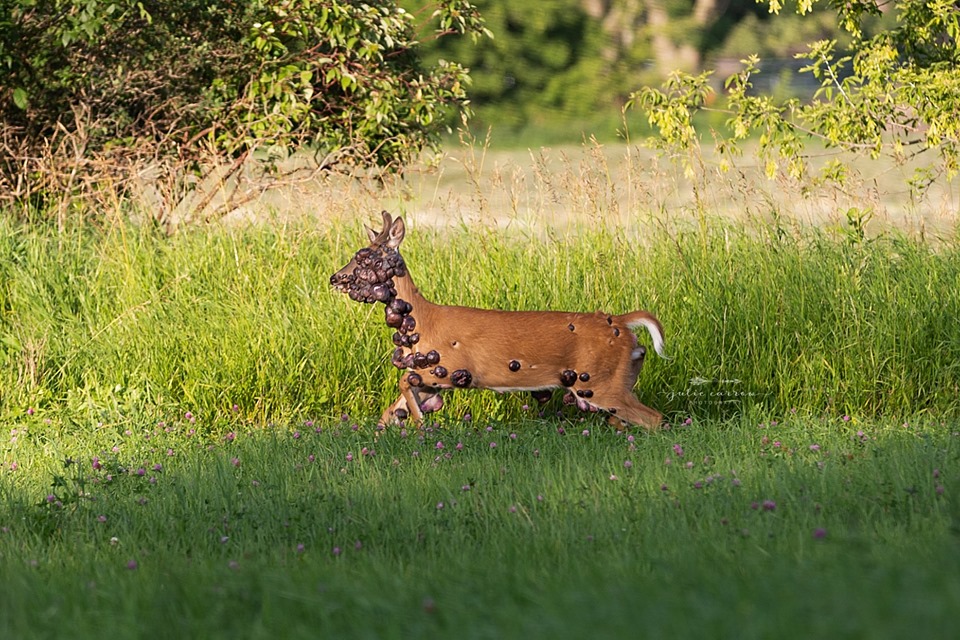 Officials told Carrow that the deer in her photos has one of the worst cases of fibromatosis they’ve seen: “This deer has masses near/in the eyes; likely to be impacting its ability to see and the location of the masses are also near joints that can slow down its movement,” Minnesota DNR told the news outlet Bring Me The News.