Baby Deer Trapped In Dark Cave Cries In Fear, Until He Realizes Rescuers Are There To Save Him

A baby deer fell into a cave in Doubs, France and was unable to get out on his own. It was extremely dark in there and he was so scared that he just curled up in a ball against the rocks and refused to move. He even started crying.

Thankfully, a group of kind-hearted men saw the deer and knew right away that they needed to help him. One of the rescuers climbed down into the cave on a harness. It was extremely narrow and a long way down. He saw some of the deer’s hair on a rock up above, which means the poor little guy scraped himself on the fall down.

When they saw the deer, he was so scared that he was lying completely still. Because he wasn’t moving, rescuers thought they got to him too late. But thankfully he was okay. As soon as rescuers got closer, the deer let out a cry and tried to escape in fear, but of course he had nowhere to go. The men got ahold of his legs and were able to get the harness around him. He was still scared, but he trusted his rescuers. 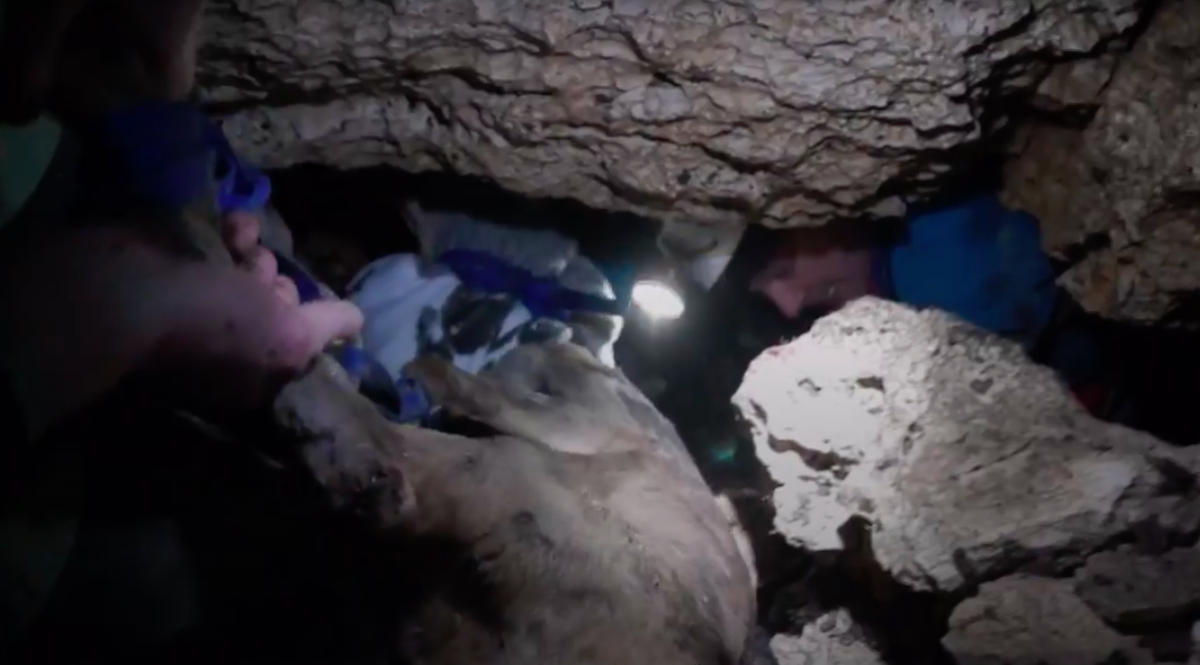 They held him and gently hoisted him with ropes up out of the cave to safety. As soon as they untied him, they let him go and he sprinted full speed back into the woods. By the looks of how fast he ran off, it was obvious that he thankfully was unharmed. He was just so relieved to be out of that dark and scary cave and back in the forest where he belongs! 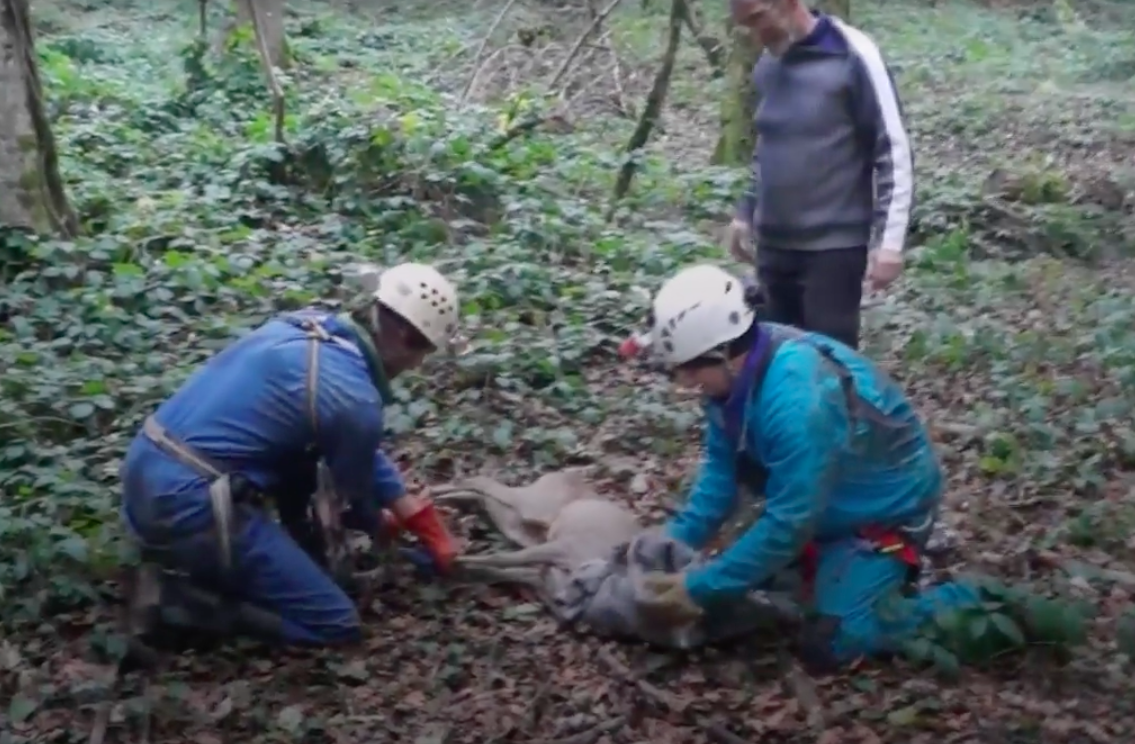 A huge thanks to these rescuers. Without them, this poor deer would have definitely died down there. Watch their brave rescue in the video below: