An Alabama woman was driving her car when she saw somebody fling a cat out of their car window. “She was driving down the road and saw someone throw the cat out the window,” Rita Bowman, founder of Kitty Kat Haven & Rescue, told WBRC. “She almost ran over it, but she stopped and picked the cat up and brought it to the vet.”

Once they arrived at the clinic, doctors realized that each of the poor animal’s paws had also been burned. At first, it looked like the abuser used a blowtorch but, upon closer inspection, doctors reached a far grimmer conclusion. (And that’s really saying something, because it’s hard to imagine anything worse than being tortured with fire!) 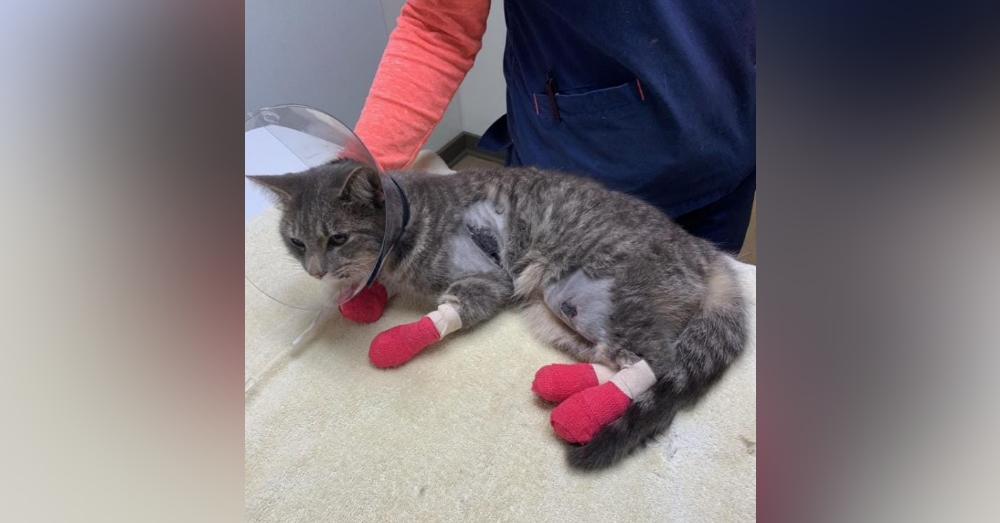 Now doctors believe that someone tried declawing the 2-year-old cat, Mercy, then covered her paws with some sort of burning chemical agent. This chemical, whatever its purpose, proceeded to strip much of the padding right off Mercy’s paws, leaving the animal writhing in pain.

By the time Mercy’s rescuer found her, the cat had desperately chewed off parts of her paws in a frantic attempt to relieve her suffering. “The cat – as most animals do – will start licking on it or they will start chewing on it,” Bowman told WBRC. “This cat had gnawed all 4 of its paw to the point – because of the pain that was involved – that you’re showing tendons now.”

Because the 2-year-old cat’s injuries were so severe, doctors at first felt they had no choice but amputation. Even so, a surgery won’t be possible until Mercy’s paws are less infected. Meanwhile, doctors will try to nurse Mercy back to health with antibiotics and pain medicine and, depending on how well she takes to the treatment, evaluate their options later. 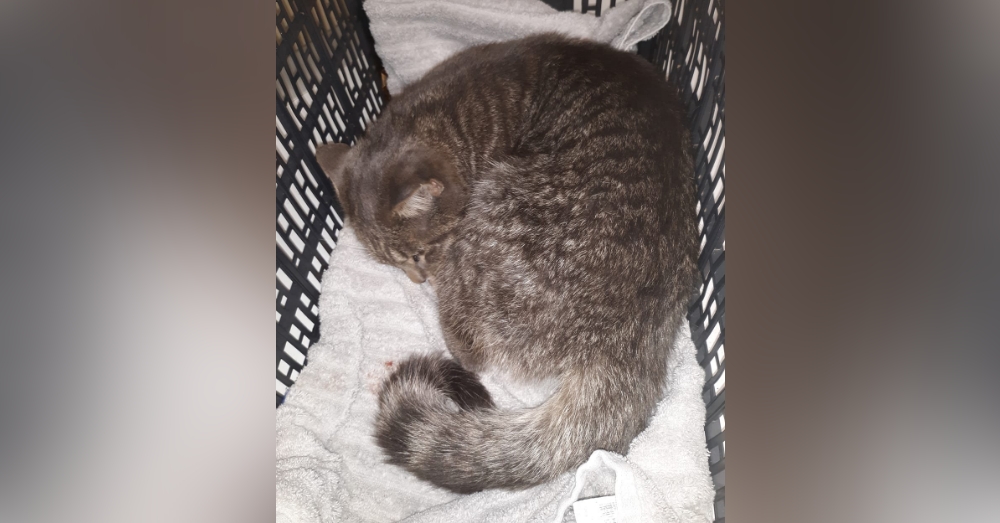 “All 4 of her little paws are wrapped in a solution that will help try and regenerate some of the tissue damage,” Bowman said. In the meantime, Kitty Kat Haven & Rescue is raising money to help support the cat’s medical expenses. (Find them on Facebook if you’d like to help, and for updates on Mercy’s condition).

“This cat is precious and should never have gone through what it went through,” Bowman told WBRC. We couldn’t agree more.

Find out more about Mercy’s horrific ordeal in the video below!