In the cutest citation ever known to history, two police officers in the Australian suburb of Heidelberg West in Victoria had to pull over a little dog driving around in a miniature 4×4.

The dog they pulled over was 15-year-old Buddy who was taking a spin around in his black Mercedes convertible – fancy!

What was even more surprising was that he wasn’t just an old man but he was also deaf and blind! That didn’t stop this little rascal from looking quite pleased with his mischievousness when officers pulled him over for “driving under the influence of cuteness.” 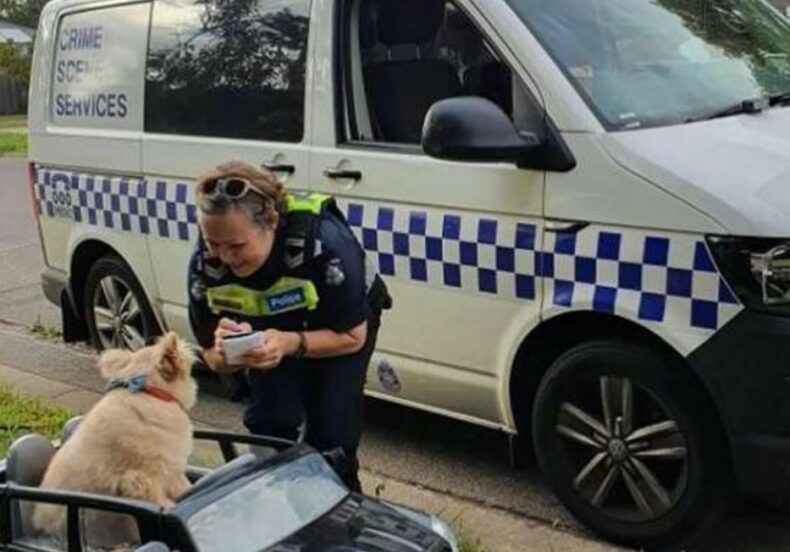 Speaking to the Herald Sun, Lead Senior Constable, Lynda Giblett, admitted, “We couldn’t believe our eyes. Of course we had to stop and check it out.”

It was quickly revealed that Buddy’s driving had all been an adorable illusion since his owner, who was also deaf, was a few paces behind with a remote control.

Buddy’s owner, Terri, shared with the police that the two of them like to get out and enjoy the fresh air and sunshine whenever possible. However, because he’s an old boy, Buddy needs a little assistance getting around since he’s not as young as he used to be – hence the sweet, sweet ride. 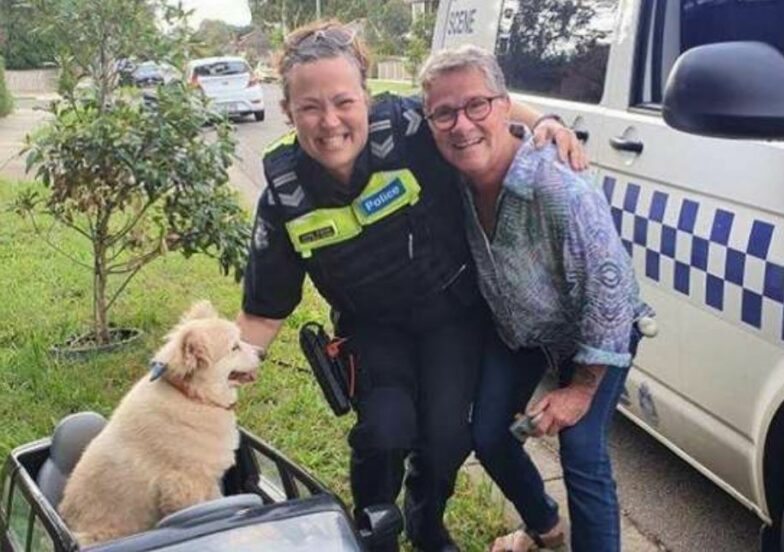 Even though Buddy failed to produce a valid driver’s license, the police let him off without a ticket. They figured he wasn’t a danger to the community. Officer Gilbert was just thrilled by the experience and told the Herald Sun that encountering Buddy had “absolutely made our day.”

The police decided to share the experience on the Victoria Police Facebook page, writing, “Caught driving under the influence of cuteness. Heidelberg Crime Scene Services pulled over Buddy, who was going for a joy ride in his fresh Mercedes. Blind and deaf, this 15-year-old speedster cruises around town with his owner Terri.”

It didn’t take long for social media to react to the cuteness overload:

One person joked, “Did you give him a……………barking ticket? Thank you…I’ll be here all week!!”

A second comment also had a funny musing, “What’s the ticket for? Not displaying Paw Plates?”

Meanwhile, someone who apparently was familiar with Buddy shared some inside information, claiming, “This is Buddy’s second car his first one had too many miles on it, a generous neighbor donated a new one for Buddy so he could get around.”