These Flowers Are Pretty, But They’re Deadly To Cats and Dogs

Summer is a great time to take your pet for longer walks and let them play outdoors, but it’s not without its dangers.

Most people understand that their pets need to stay hydrated and take breaks in the shade every once in a while. They might check for ticks when playing in tall grasses or wooded areas, and be sure to never leave their pet in a hot car.

These are signs of a responsible pet owner, however, it’s not all they have to worry about.

A number of flowering plants can be poisonous to pets, too. Knowing how to recognize these plants, and keep your pet out of harms way, will help you make the most of the summer, and time spent with your animals. 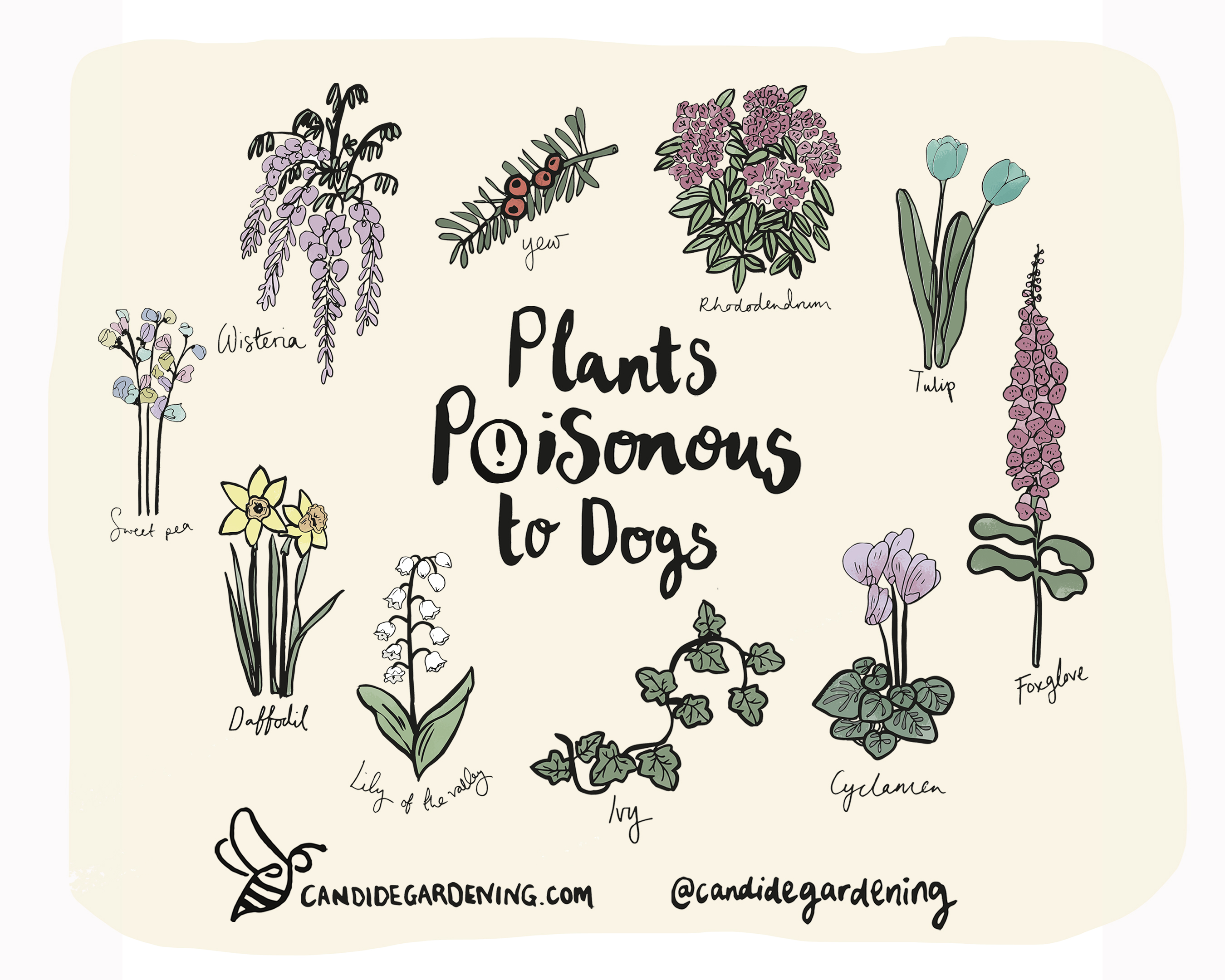 Remember to contact your veterinarian if you have any questions about your pet’s health, and use this list to help avoid any unpleasant emergencies. Here are 10 flowers that pose serious problems for our furry friends:

Several species of lilies are poisonous to cats and dogs, including the Peace, Peruvian, and Calla.

According to the Pet Poison Hotline, oxalate crystals in the flowers can cause irritation in the mouth, tongue, and throat, typically resulting in excess drooling.

True lilies, including Asiatic, Day, Easter, Tiger and Japanese Show lilies are much more toxic to animals. Ingesting just a few petals can cause kidney failure.

Like any other health concern, the Pet Poison Hotline recommends taking any animals who have eaten lilies to a veterinarian, though it’s also helpful to induce vomiting, possibly discharging the poison. 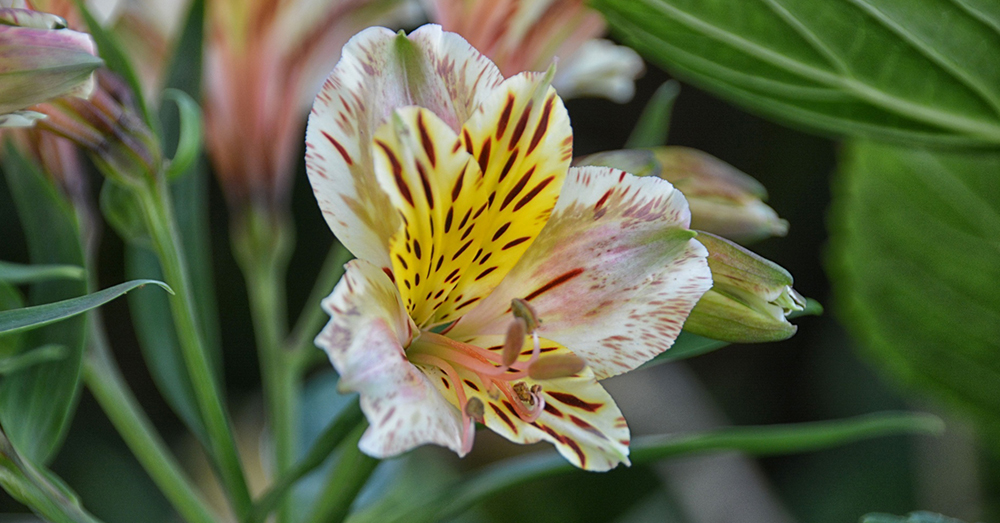 Source: Public Domain Pictures
Many kinds of lilies, including these Japanese Show lilies, are poisonous to animals.

9. Lily of the Valley

Often found in wooded areas, the small white bells of the Lily of the Valley are pretty to look at, as well as smell, but they harbor a deadly secret. These plants can be deadly to animals and small children who eat them.

It’s not just the flowers that can send you to the hospital; the entire plant is toxic. Gardening Know How reports that Lily of the Valley is suffuse with glycosides, which can interfere with the heart’s ability to pump blood.

Commons symptoms of Lily of the Valley ingestion are stomach pains, blurred vision, irregular pulse, sometimes even vomiting or diarrhea and in the worst cases, seizures and death.

If you have these plants in your yard, it may be best to take them out. 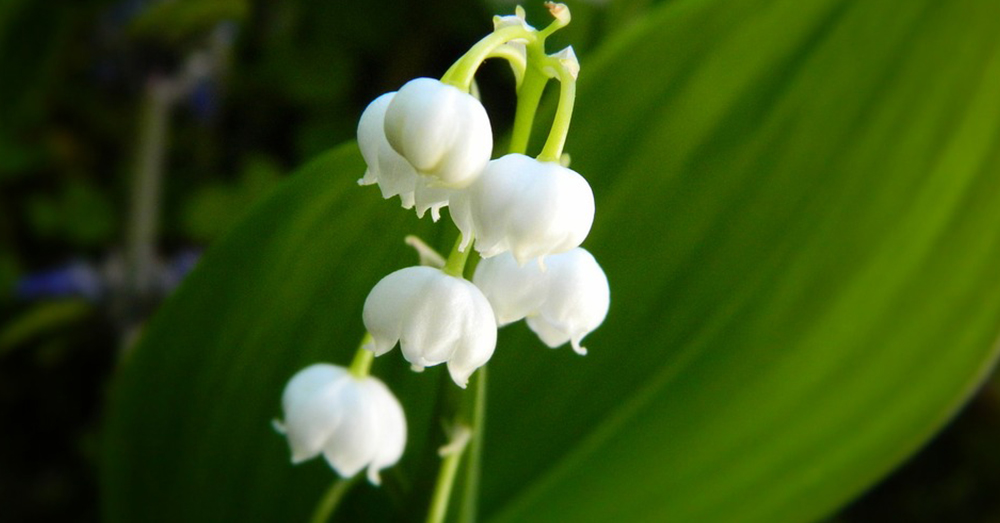 Source: Pixabay
Lily of the Valley is extremely poisonous to animals and children.

The large, stippled green leaves of the diffenbachia make a great addition to landscaping features, but they’re poisonous to both cats and dogs.

According to the American Society for the Prevention of Cruelty to Animals, all varieties of Diffenbachia contain insoluble calcium oxalates, as well as proteolytic enzymes that can cause intense burning and irritation of the mouth, tongue and lips, excessive drooling, vomiting, and difficulty swallowing. 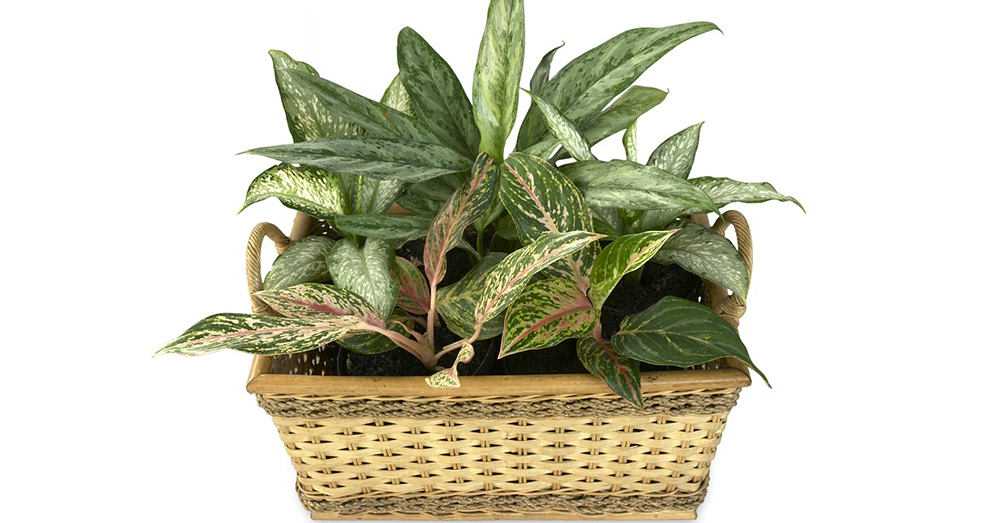 Though some of the most popular flowers in the world, Tulips are incredibly toxic to dogs and cats.

According to Entirely Pets, symptoms of tulip ingestion include intense vomiting, depression, diarrhea, hypersalivation, drooling and lack of appetite. Hyacinth is much the same.

The poisonous substances in tulips and hyacinths are concentrated in the bulb, which poses the most danger to animals that like to dig.

Both plants should be kept out of reach of free-roaming pets. 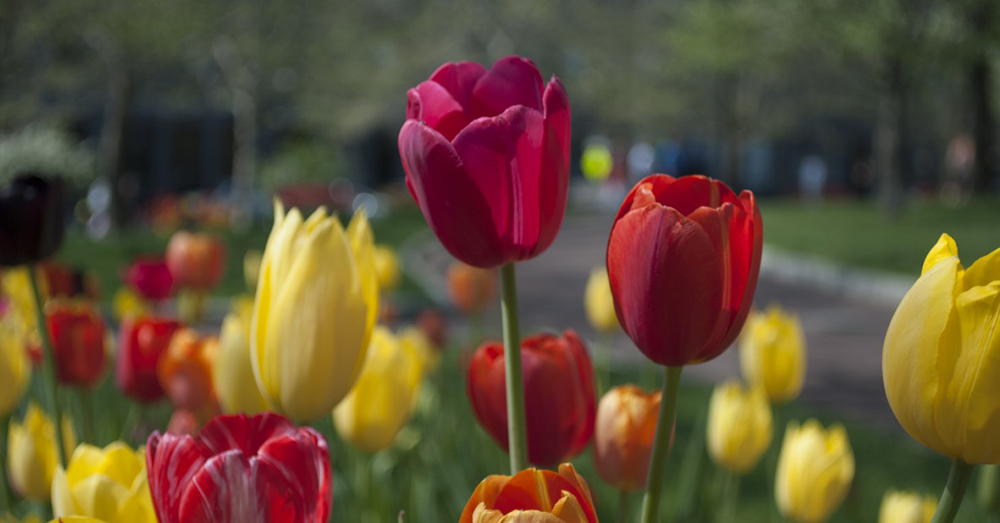 Source: PxHere
Tulips are popular flowering plants in the spring.

Though not often found in the northern United States, Sago palms are very popular in the south, and very dangerous for pet owners.

They may be called coontie palms, cardboard palms, cycads, or zymias, but they all contain cycasin, which is incredibly harmful to the liver.

The leaves of the short and squat Sago are typically not out of range of a wandering animal, who may want to chew a bit. That’s all it takes to prompt vomiting, bloody stools, urinary issues, and internal bruising, PetMD reports. In serious cases, seizures, paralysis, coma, and death can occur. 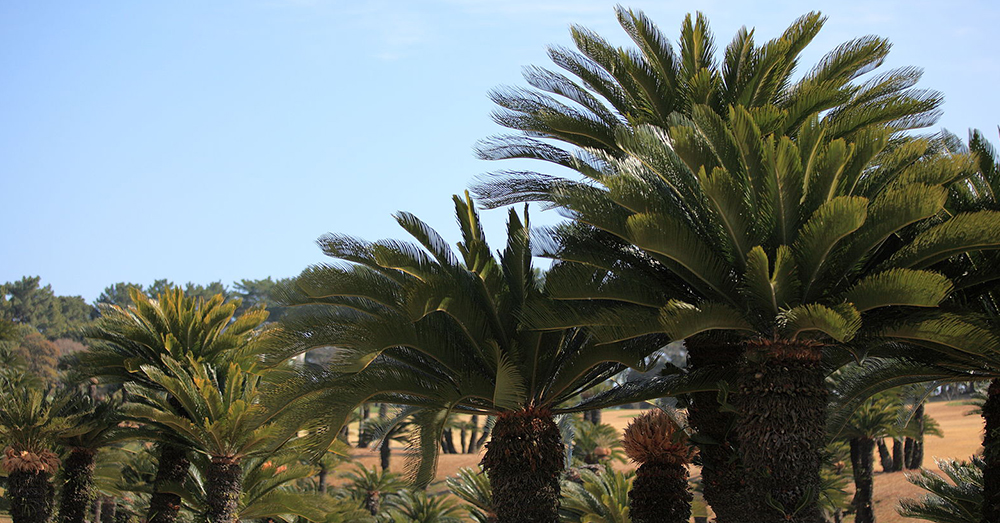 According to Poison.org, animals that nibble a few azalea or rhododendron leaves won’t feel much discomfort, but those who ingest large parts of the plant could start vomiting and go into toxic shock.

Just as dangerous is honey made from bees who frequent azalea and rhododendron plants. “Mad honey,” as it was once called by people of ancient Turkey who fended off their enemies by feeding it to invading Romans, can cause confusion and vomiting, sometimes even death.

Young children have even been poisoned by these plants when they find the flowers at home, possibly eating the flowers or their nectar. Poison control centers note an uptick in such cases each spring. 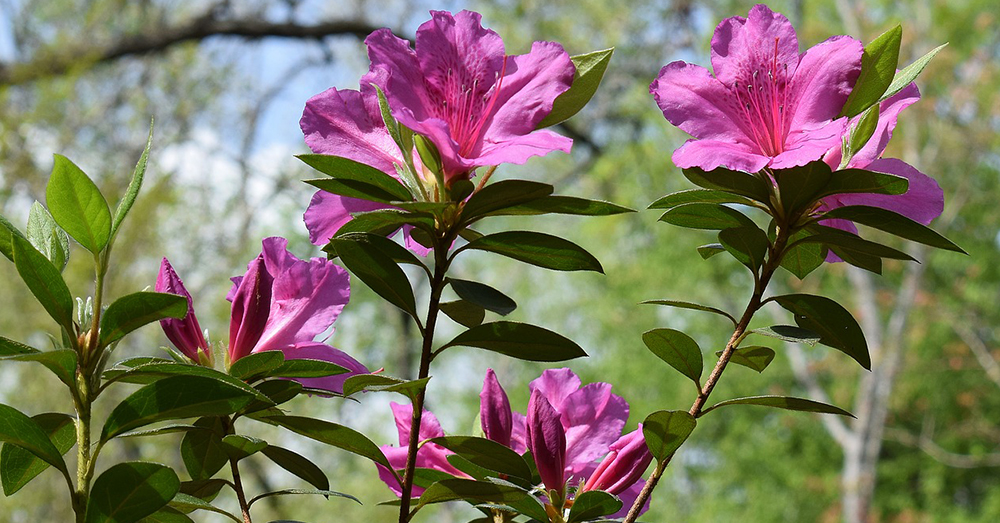 The bright yellow flowers of the daffodil are always a welcome sign of spring, but not for all animals. According to the Pet Poison Hotline, daffodils, like tulips and hyacinths, contain strong alkaline substances that can cause vomiting, diarrhea, abdominal pain, and even cardiac arrhythmia.

Also, as is the case with tulips, hyacinths, or any other poisonous plants, you should contact your veterinarian immediately if your animal has ingested daffodils. 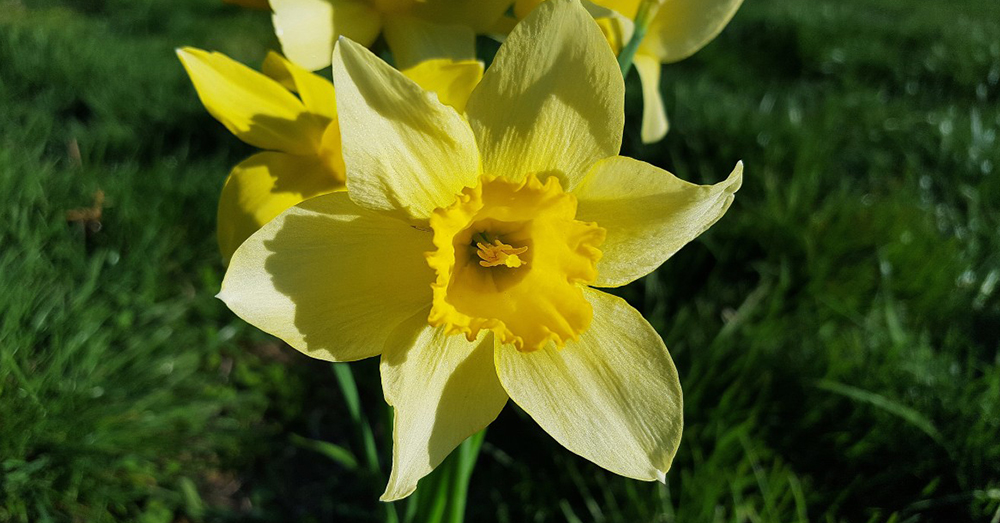 Source: MaxPixel
Daffodils are poisonous to cats and dogs.

There are spring crocuses, which can cause vomiting and diarrhea, and late blooming crocuses, also known as meadow saffron, autumn crocus, naked ladies, naked boy, or son-before-the-father, which are much more cause for concern.

Late blooming crocuses, the Poison Garden maintains, can prompt renal failure even in humans who ingest the plant.

The substance colchicine, found in the crocus, was once used as a treatment for gout, though an overdose can can cause cholera-like symptoms and a slow, agonizing death. The FDA has since banned companies from marketing any drugs containing colchicine.

It’s best to keep your pets and children away from the deadly autumn crocus. 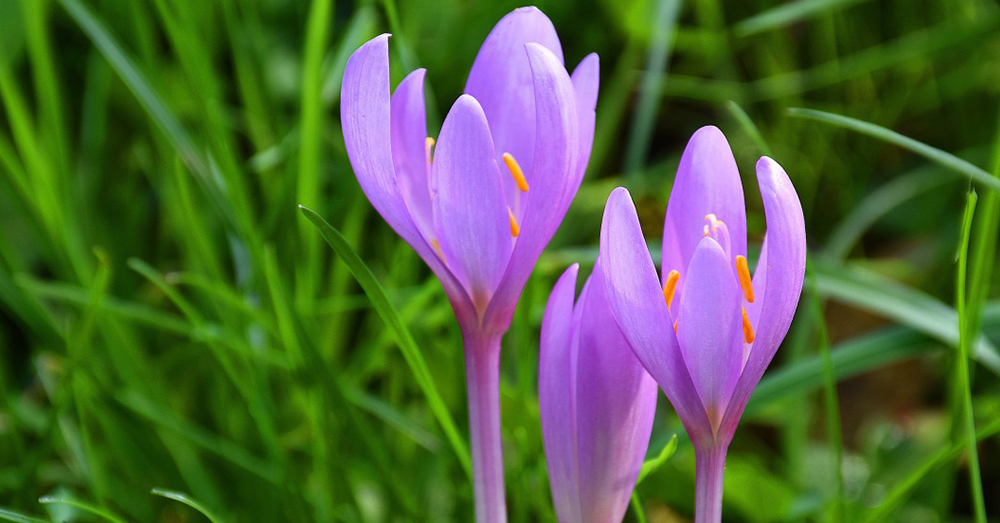 Source: PxHere
The flowers of the beautiful crocus are also quite deadly.

You can find Oleander growing along roadsides in the southern and western United States, as well as backyards and gardens throughout the country. For a flowering plant used as decoration, it’s also one of the most deadly.

According to Wag Walking, all parts of the oleander plant are poisonous, including the seeds, fruit, nectar, and sap, but the toxins are most concentrated in the stem. Even standing water near where oleander grows can be poisonous.

The potency of several oleander leaves are enough to kill a horse. In popular literature, folk songs, and film, the plant is described as an effective poison, and such it is. A person or pet who has ingested oleander may soon experience increased heart rate and diarrhea, and should seek medical attention or a veterinarian immediately. 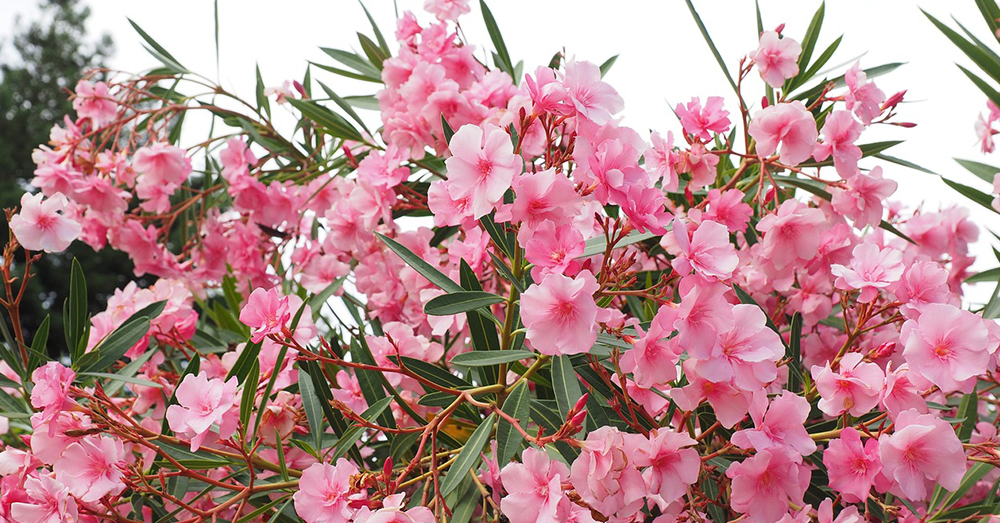 Kalanchoe is native to South Africa and Australia, but used as a decorative plant throughout the world. As it blooms in the summer months, the glycoside compounds within become concentrated in the plant’s bright flowers, attracting hungry animals to eat themselves to death.

As DVM reports, several grams of the Kalanchoe have been enough to kill a small calf where it grows natively. Though not common to farmland in North America, Kalanchoe grown indoors can prove just as deadly to cats and dogs. 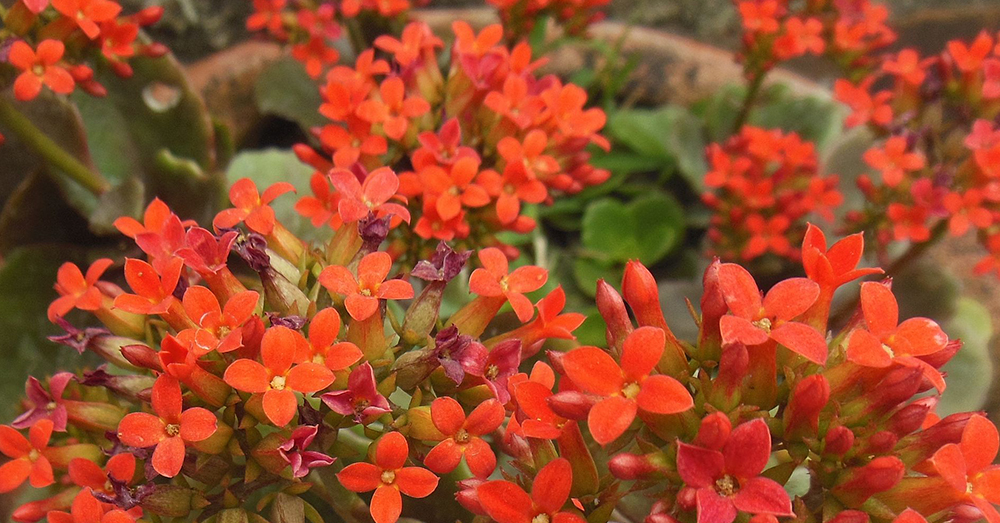 Source: Wikimedia Commons
Kalanchoe is native to South Africa and Australia, but kept worldwide as a decorative plant.